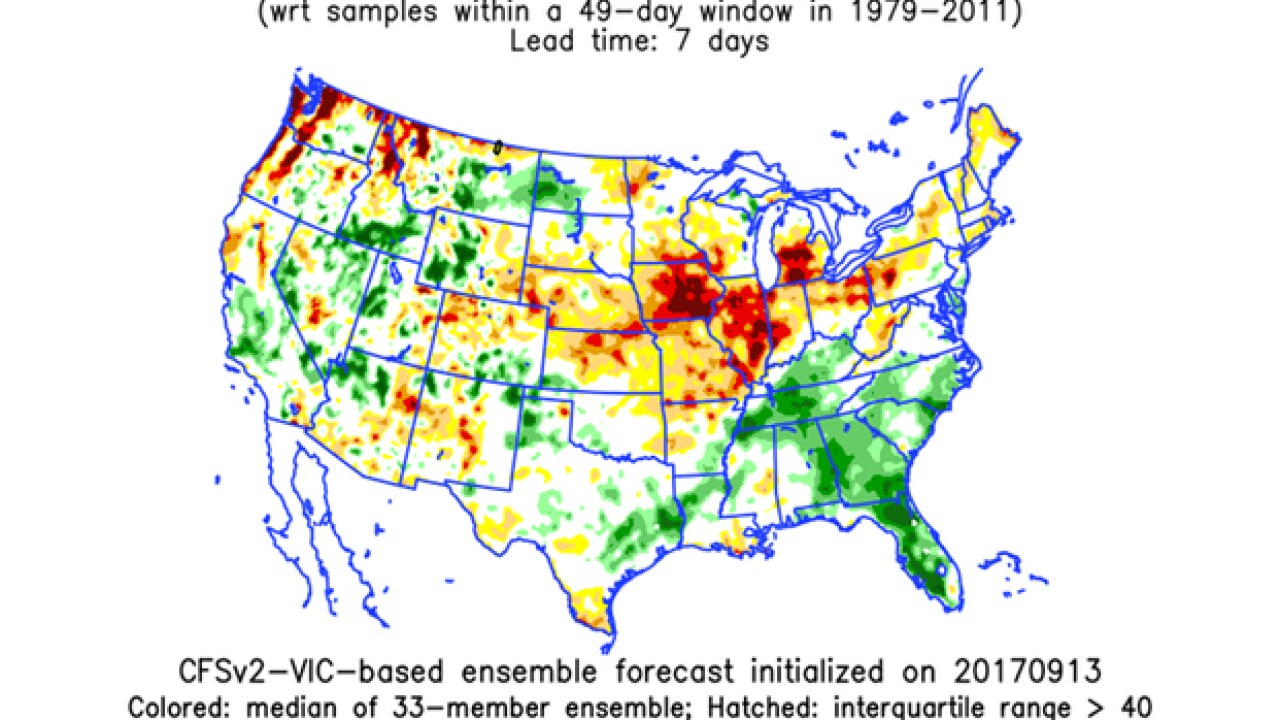 MSU Today
<p>MSU's Lifeng Luo is already running an experimental system to predict droughts on a weekly basis in the U.S. The federal government, which is funding the project, may eventually adopt the system.</p>

A Michigan State University scientist is leading a competitively funded NOAA research project to create a better system for predicting droughts, a type of climate extreme that causes billions of dollars in direct losses to the U.S. economy every year.

A three-month, completely automated drought outlook is being developed by MSU’s Lifeng Luo. The outlook would be released weekly to the public, giving farmers, public officials and others more notice of potential droughts – including “flash droughts,” such as the one that quickly gripped parts of the West this past summer .

The National Oceanic and Atmospheric Administration’s current, three-month  seasonal outlook  relies partially on human observation and judgment and is released once a month.

“That’s not frequent enough, especially when you consider flash droughts, which develop very quickly,” said Luo, associate professor in MSU’s Department of Geography, Environment and Spatial Sciences. “The forecast needs to be more frequent and reliable.”

NOAA’s  Research’s Modeling, Analysis, Predictions and Projections (MAPP) Program , in partnership with the  National Integrated Drought Information System , is supporting the effort with $293,796 grant that runs through June 2020. Luo’s co-investigator on the project is Youlong Xia, a research meteorologist with NOAA’s National Weather Service.

As part of the project, the researchers will participate in NOAA’s  MAPP Drought Task Force , working with other MAPP-funded scientists on related projects.

Luo and collaborators are already running an  experimental system  on a weekly basis. It’s based on existing climate model forecasts, indicators and a drought-prediction system developed at MSU. Luo’s previous work in the area was also funded by NOAA.

If NOAA implements the fully developed drought outlook, Luo said, it would be coordinated with the agency’s popular  U.S. drought monitor , a weekly report of current drought conditions produced by NOAA, the Department of Agriculture and the National Drought Mitigation Center at the University of Nebraska.

On average,  droughts cost an estimated $9 billion in damages every year in the United States , according to NOAA. A single drought in 2012, which spread across the U.S. and brought very dry conditions to Michigan, caused some $32 billion in damage nationwide, mostly due to widespread harvest failure.

While Luo doesn’t yet have reliable data on the accuracy on his experimental system, he’s confident it would be more effective in helping combat droughts.

“This project will help advance the drought-prediction system and outlooks by NOAA,” Luo said. “It can help policymakers and stakeholders be better prepared for droughts and increase their resilience to drought events.”