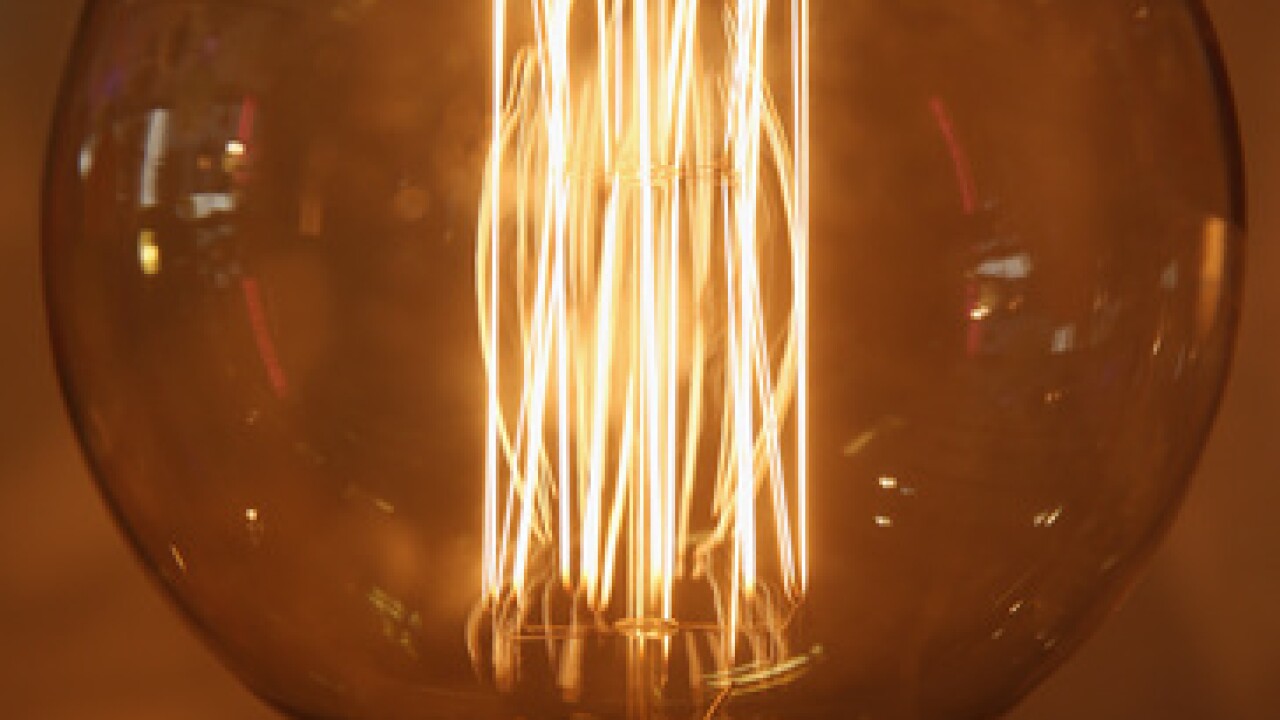 2013 Getty Images
Oli Scarff
<p>LONDON, UNITED KINGDOM - OCTOBER 17: Lightbulbs on display in an electrical retailer in Soho on October 17, 2013 in London, England. British Gas, who supply energy to almost eight million households in the UK, have announced price increases of at least 8.4% which will come into effect on November 23, 2013. (Photo by Oli Scarff/Getty Images)</p>

The team, led by Han Bao, postdoctoral researcher from the lab of  Cheryl Kerfeld  at the MSU  Department of Energy Plant Research Laboratory , has named the protein Orange Carotenoid Protein 2, or OCP2.

OCP proteins play a prominent role in cyanobacterial photosynthesis, sensing sunlight from the environment and protecting their hosts from harm by excess exposure levels.

The Kerfeld lab’s long-term goal is to re-engineer this protein for applications in renewable energy and medicine applications.

“Most of the previous studies on the OCP family of proteins focus on one found in the cyanobacterium, Synechocystis,” Bao said. “That OCP, known as OCP1, is very well studied.”

Over the past five years, hundreds of cyanobacterial genomes have become available for analysis. The data shows how today’s OCPs, and their domain homologs, have  gradually diversified and specialized in different functions over billions of years of evolution inside different cyanobacteria .

“Following a bioinformatics analysis of all available genomes, we found two new OCP families, beyond the well-studied OCP1,” Bao said. “We focused on OCP2, found in the cyanobacterium, Fremyella, which is studied by the  Montgomery lab  just upstairs from us.”

Interestingly, evolution has led to both OCP1 and OCP2 being present in Fremyella, creating a great opportunity to compare both families in one organism.

“OCP2 reacts much faster to changes in environmental light conditions,” Bao said. “On the other hand, OCP2 needs a comparatively higher light intensity before it is activated to protect the cyanobacterium, while OCP1 can protect its hosts at lower light intensities.”

OCP2’s structure is also simpler than OCP1’s. Previous research has shown that OCP1 has evolved to interact with another protein that supports its protective function. Bao found OCP2 does not interact with that protein.

The findings suggest OCP2 is a more primitive protein. Bao stresses that does not mean OCP2 is less useful, especially when considering synthetic biology applications.

“Different families have unique characteristics,” Bao said. “Another study in our lab just showed how OCP1 and OCP2 perform differently when we break them apart and look into them. Differing properties will be useful to engineer varying applications, depending on each family’s strengths.”

Go here for the full story .