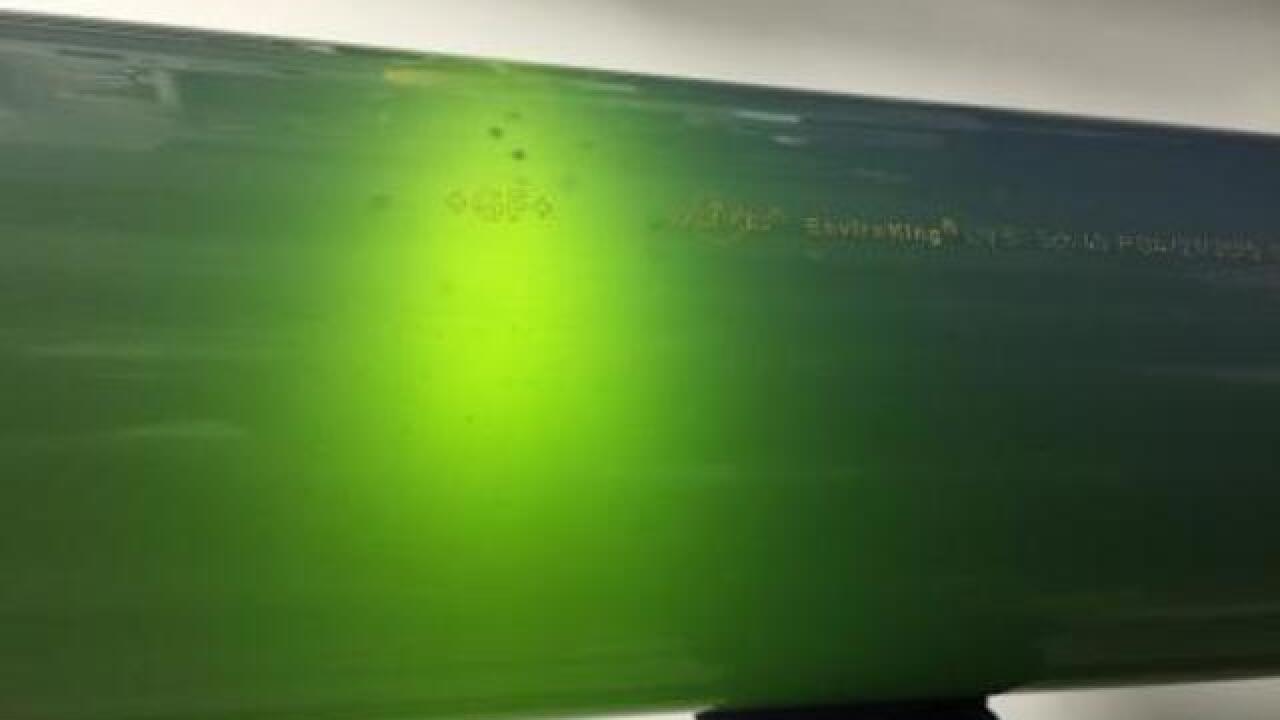 The research project, funded by a $1 million grant from the U.S. Department of Energy, unites faculty from the MSU Department of Biosystems and Agricultural Engineering and the MSU Chemistry Department with industry experts in a three-year cross-disciplinary effort.

Wei Liao, associate professor of biosystems and agricultural engineering, serves as director of the project.

“We’ve been running bioenergy experiments with algae on campus for over a decade,” Liao said. “We’re now testing a novel technique not only to mitigate power plant emissions, but also to turn them into new sources of revenue.”

Past research has shown that photosynthetic green algae is capable of capturing carbon dioxide and other greenhouse gases from the atmosphere, but natural forces alone cannot match the output of a conventional power plant.

A single 100-megawatt coal-fired power plant releases between 3,000 and 4,000 metric tons of carbon dioxide each day. Matching this would require thousands of acres of land to culture algae – something far from feasible for most power plant facilities.

Condensing this process into something viable both from an economic and energy standpoint poses as a challenge for Liao’s team. The scientists will apply a process called “biomass cascade conversion,” which fully optimizes the components of algae for the production of high-value chemicals and biofuels.

Byproducts from the cascade conversion include polyurethanes, biodiesel, and other value-added chemicals and fuels for a wide range of applications.

The project is made possible through a partnership with the T.B. Simon Power Plant on MSU’s campus, where the team will facilitate its experiments and host its equipment.

Liao’s team will work with PHYCO2 LLC, a California-based firm that specializes in producing algae for industrial applications, to provide the algae colony for the project.