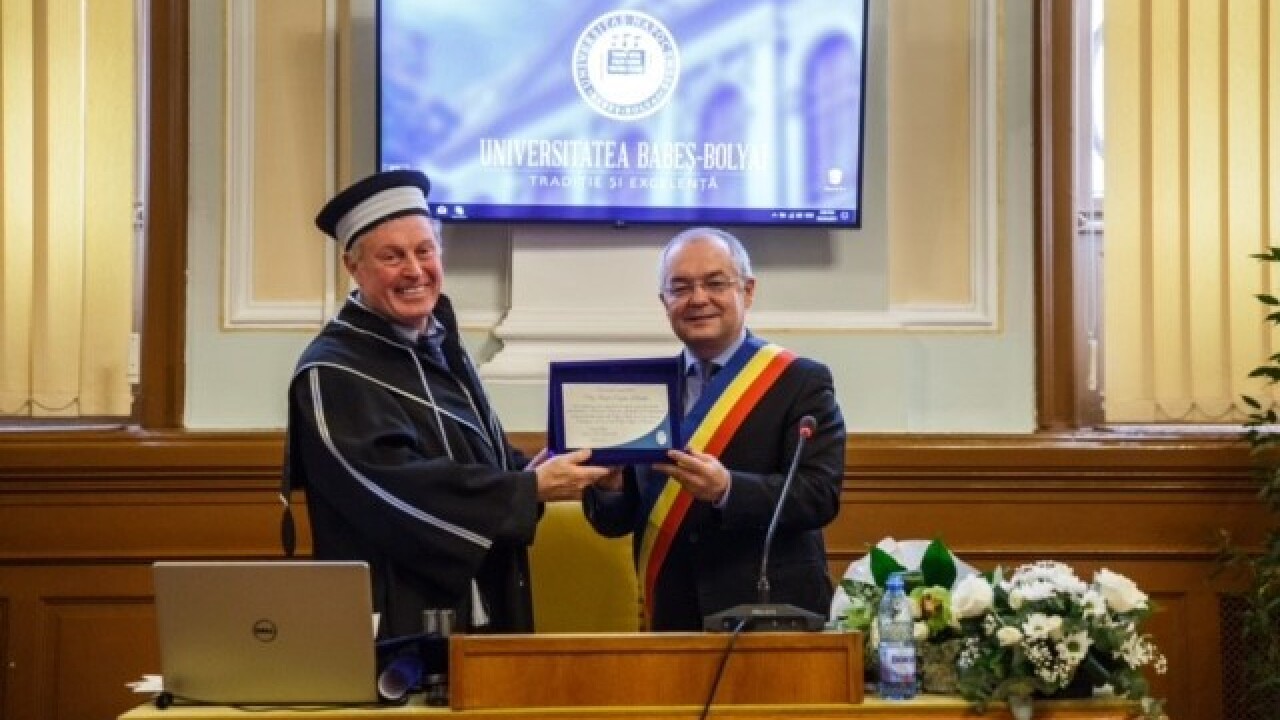 MSU Today
<p>MSU professor emeritus Roger Hamlin (left) was presented with a degree honoris causa, one of the highest honors that a European university can award an individual, from Babes-Bolyai University in Cluj-Napoca, Transylvania, Romania.</p>

Michigan State University professor emeritus Roger Hamlin was presented with a degree honoris causa, one of the highest honors that a European university can award an individual, from Babes-Bolyai University in Cluj-Napoca, Transylvania, Romania.

Honoris causa is similar to an honorary doctoral degree in the U.S., except that it is offered less often and selection is based entirely on achievement and intellectual contribution. Others who have received this award from this same university include Prince Charles and German chancellor Angela Merkel.

Hamlin earned this honor for his scholarly contributions to his academic disciplines as well as his contributions to the development of the university and to the Romanian nation. He’s described as “one of founders of the modern, post-communist Romanian state.”

During the Oct. 24 ceremony, Hamlin received a second, unexpected award from the city of Cluj-Napoca for “20 years of outstanding service.”

“The ceremony was magnificent, and repeatedly highlighted the strong relationship between Babes-Bolyai and Michigan State University over the past 22 years,” Hamlin said. “The ceremony also confirmed the power of such a university-to-university relationship in its effect on the larger society.”

As an urban and regional planning professor, Hamlin began working with Romanian academic leaders in 1995, building a partnership between MSU and Babes-Bolyai. He developed a technical assistance relationship between the host cities of the two universities and helped develop courses and mid-career training for public officials, joint research and multinational conference development. He was formally designated an advisor to the prime minister from 2008 to 2012.