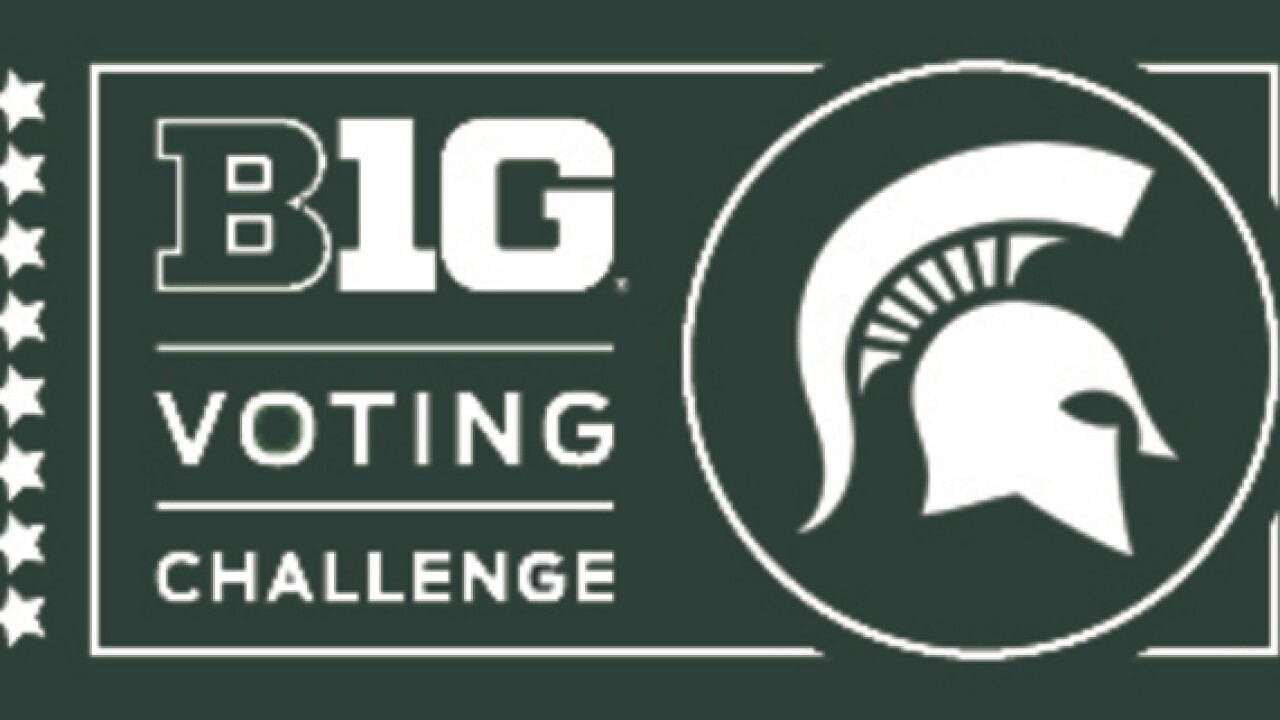 Michigan State is joining its Big 10 Conference partners in a friendly competition to increase voter registration and turnout on their campuses.

Calling it the Big 10 Voting Challenge, all 14 presidents and chancellors of the Big 10 Conference have signed on in support of the nonpartisan initiative to encourage students to exercise their right to vote, which is an essential component of being an active and engaged citizen.

“Participating in the electoral process is one of the most fundamental rights accorded Americans, but it’s also a duty necessary to support a healthy democracy,” MSU President Lou Anna K. Simon said. “More than ever, America needs informed and engaged citizen-scholars, so I hope all eligible Spartans register and make a lifelong habit of voting regularly.”

The MSUvote committee partnered with Associated Students of Michigan State University and the clerk of the City of East Lansing to help students overcome barriers to voting during the 2016 election. The collaboration registered groups of students in person, encouraged participation through TurboVote, and hosted the Michigan Secretary of State’s Mobile Unit for a voter registration day netting more than 7,500 new registrations.

Michigan State is made up of five separate voting precincts. For the 2016 general election, students waited patiently in long lines to give MSU an average on-campus voter participation rate of 73 percent. In student-heavy off-campus neighborhoods the voter participation rate was 61 percent. Both MSU’s on-campus and off-campus rates were significantly higher than the national average of 50 percent of eligible young people – about 24 million youth, ages 18-29 – who voted in the 2016 election.

Tufts University’s National Study of Learning, Voting, and Engagement will serve as the judge for the Big 10 Voting Challenge.