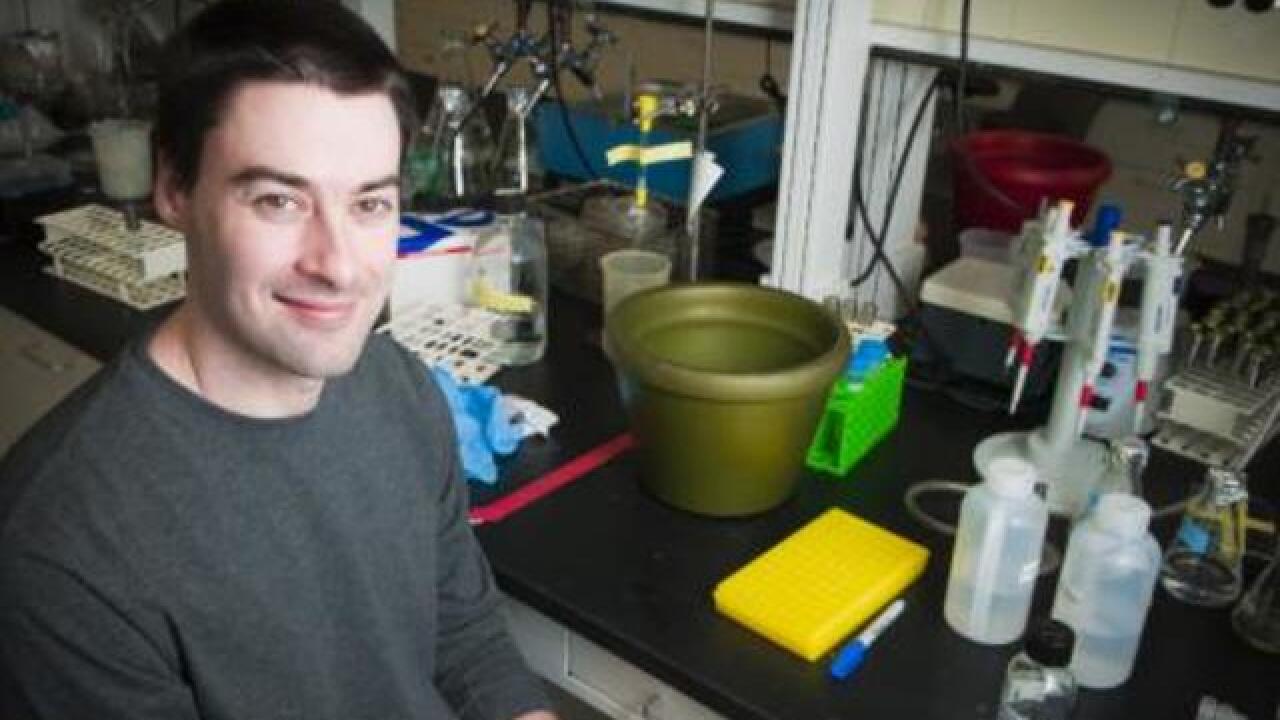 While cholera rages across many regions of the world, a team of microbiologists and plant scientists has pinpointed a genetic weakness in the pandemic’s armor, which could lead to future treatments.

The current cholera pandemic began in Indonesia in 1961. Rather than fade away like its six previous worldwide outbreak predecessors, the responsible strain is thriving and actually picking up steam. A discovery, led by scientists from Michigan State University and Tufts University and featured in the current issue of PNAS, shows the key genetic change the seventh pandemic acquired to thrive for more than 50 years.

The interdisciplinary team of scientists reveal the first ever signaling network for a new bacterial signal, cyclic GMP-AMP (cGAMP), in the human cholera pathogen. The team also identified the first protein receptor of cGAMP as a phospholipase enzyme that remodels the V. cholerae membrane when cGAMP is produced.

“When this pandemic emerged, it virtually displaced all of the other V. cholerae isolates, or previous strains, on a worldwide scale,” said Chris Waters, MSU microbiology professor, who co-led the study with Wai-Leung Ng, Tufts microbiologist. “No one really knows why this happened. Our discovery of cGAMP synthase and phospholipase, which are present only in the seventh pandemic, could be key drivers of the seventh cholera pandemic.”

The evolution of this new signaling ability has contributed to this current strain – nicknamed “El Tor” – in causing around 95,000 deaths annually. Just last year in Yemen, more than 1 million people contracted cholera and nearly 2,200 people died, making it one of the largest cholera outbreaks in world history.

Serendipity and interdisciplinary research contributed to this discovery. Even though they were postdoctoral fellows at Princeton University together, Waters and Ng didn’t realize they were studying the same genetic pathway until they landed their positions at their respected universities. Once they began to compare notes, they realized their research had real potential to understand this new cholera pandemic.

Graduate students Geoff Severin in the Waters lab and Miriam Ramliden in the Ng lab led the team to an island – the Vibrio seventh pandemic island – to find cholera’s genetic advances that’s allowed El Tor to find the traits none of its predecessors possessed. On this atoll of around 20 newly acquired genes was where they found the buried treasure of the phospholipase cGAMP receptor.

Waters knew that Christoph Benning, a renowned plant scientist and director of the MSU-DOE Plant Research Laboratory, was an expert in lipids and would possibly have some leads on the  phospholipase – enzymes that degrade membrane building blocks – on which they were focusing.

“I immediately answered that yes we would like to help and that we could contribute to this research,” Benning said. “If you break it down to the biochemistry, it doesn’t matter if it’s a human, bacterium or  plant; we have many of the same genes and enzymes.”

And indeed they did. Benning enlisted the help of Kenny (Kun) Wang, a former graduate student in his lab. Wang had become an expert on these types of plant proteins, which are tricky to produce as they can destroy cells in the process. He obtained and made the cholera phospholipase work in a test tube so the team could study how it is controlled by cGAMP.

Now that the scientists have unearthed the treasure, they’re looking for the keys to unlock one of El Tor’s greatest strengths, and turn it against itself.

“We think this new system is one of the key elements that led to the emergence and persistence of the current pandemic,” Ng said. “Our future research will try to understand the role that the cGAMP/phospholipase system played in this emergence.”