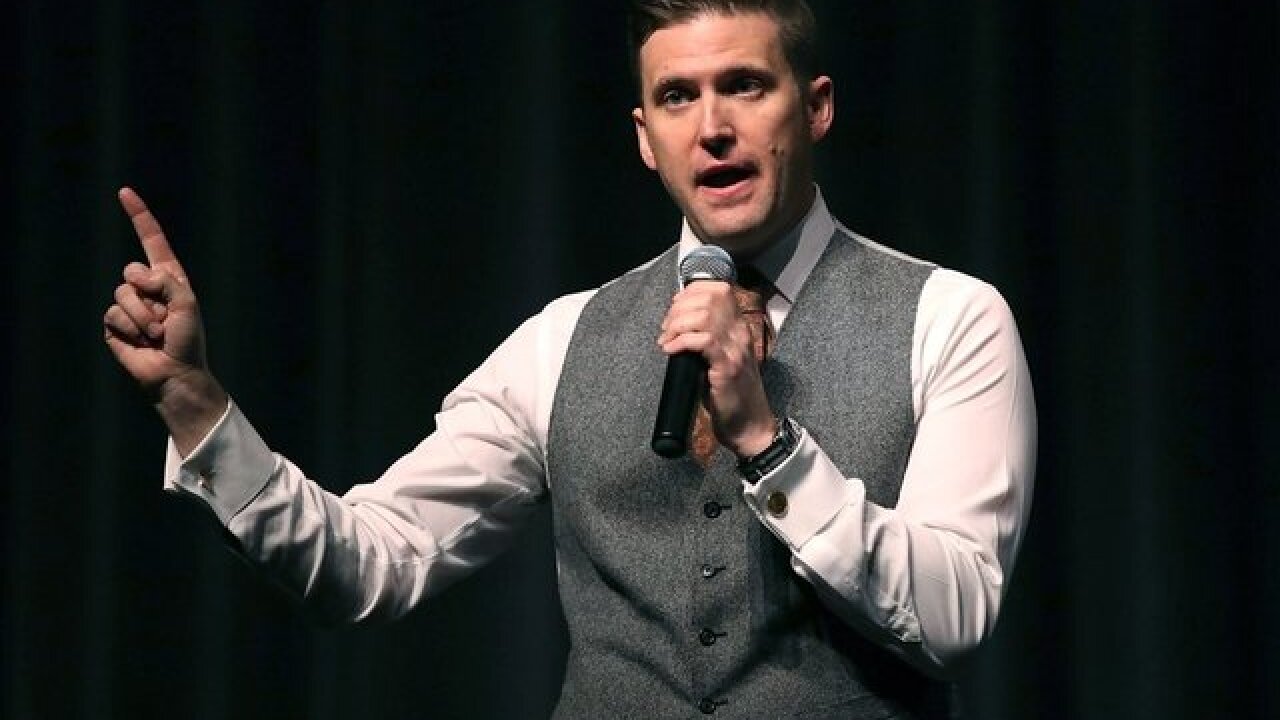 The deal signed Thursday says Spencer can appear on March 5. But he'll be at the livestock pavilion auditorium, away from the heart of campus.

Spencer ally Cameron Padgett must pay $1,650 and come up with at least $2 million in liability insurance. MSU will arrange for police.

The deal settles a lawsuit that was filed after MSU last summer cited public safety and refused to rent space. Padgett said the school was violating free speech rights.

Spencer popularized the term "alt-right" to refer to a fringe movement that's a mix of white nationalist, white supremacist, anti-Semitic and anti-immigration beliefs.