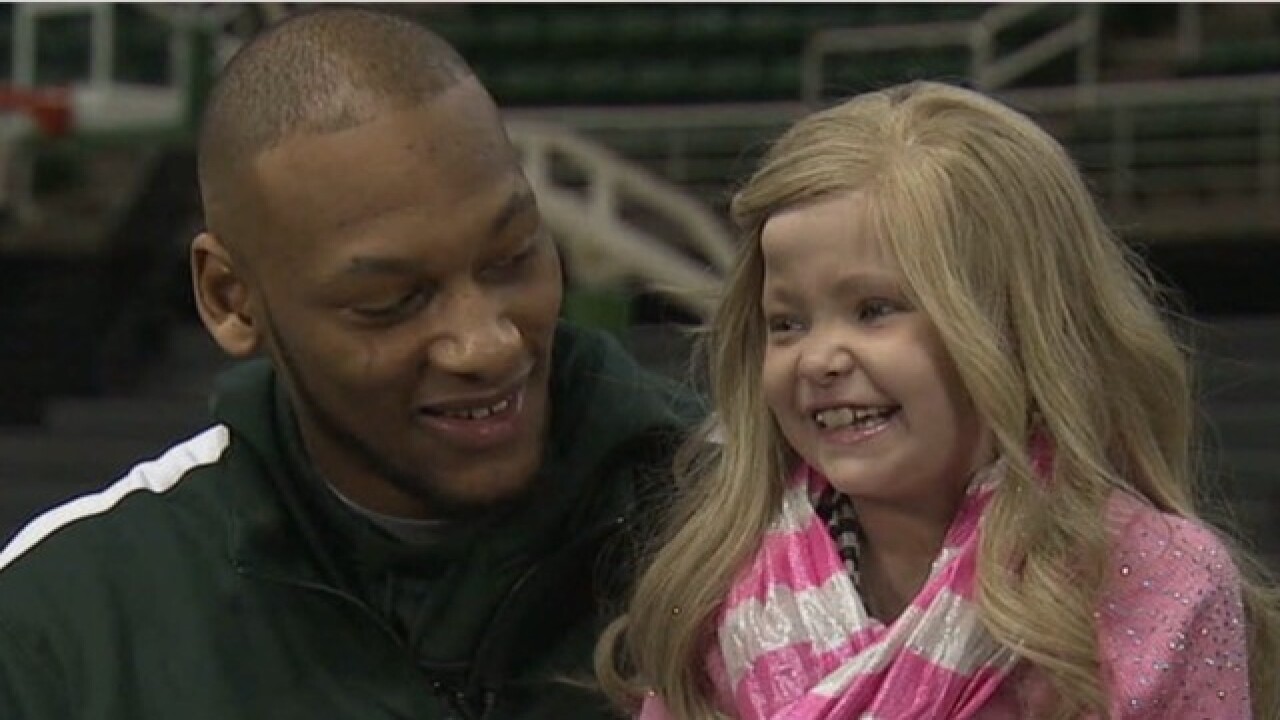 Posted at 10:50 PM, Oct 14, 2017
Michigan State is taking the field tonight against Minnesota. Spartan alums are cheering on their team.. but they're also paying respect to eight-year-old Lacey Holsworth. Holsworth died after her battle with cancer.
The Detroit Chapter of Michigan State Alums held a watch party in honor of the young girl that captured the hearts of so many across the country, especially on the campus of MSU.
The watch party at Rosie O'Grady's in Ferndale paid tribute to Lacey Holsworth's battle with cancer. The girl died April 8th 2014, but her memory lives on.
A foundation has been created in her name to help other kids with cancer fulfill their dreams during such a difficult time.
The Detroit Chapter of Michigan State Alums is doing a silent auction to help her memory live on. This is their fourth year, and they've already raised $50,000.
There are some autographed jerseys up for auction. Sources tell 7 Action News Rosie O'Grady's is donating a portion of the proceeds from sales tonight, in honor of Lacey.
Copyright 2017 Scripps Media, Inc. All rights reserved. This material may not be published, broadcast, rewritten, or redistributed.