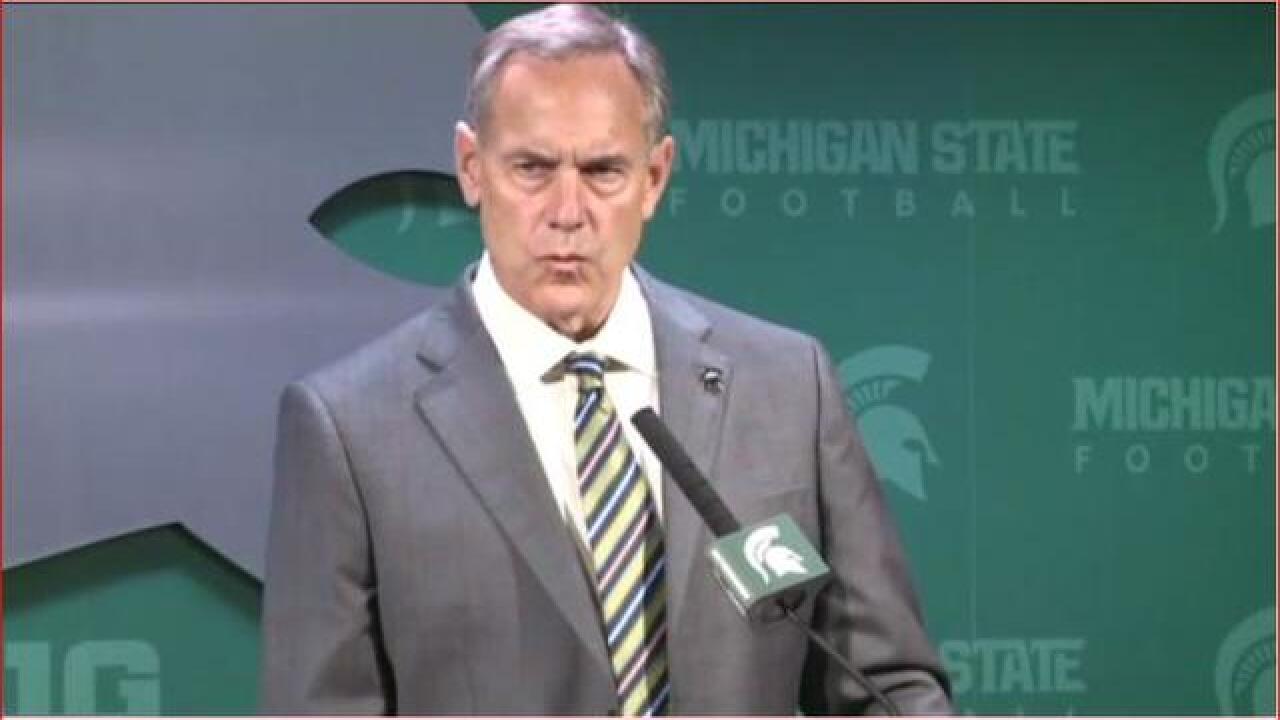 The MSU Athletic Department held a news conference to discuss the football program and the dismissal of three players who have been charged with sexual assault.

Athletic Director Mark Hollis talked about his personal connection with MSU, as the place where he went to school and met his wife, and where his children attend school.

Appearing near tears at times, he said the university has to be safe for everyone who goes there, and apologized to the young woman who says she was sexually assaulted by the now-former football players.

Coach Dantonio took questions from the media after making a statement. He said that the young men who come into the program are given a great deal of education and these players didn't live up to the high standards of the program.

He confirmed that it was his decision to dismiss the three accused players from the team. Dantonio responded to a reporter's question asking if he has considered leaving the program, saying that you don't leave when there's a problem; you work to solve the problem.