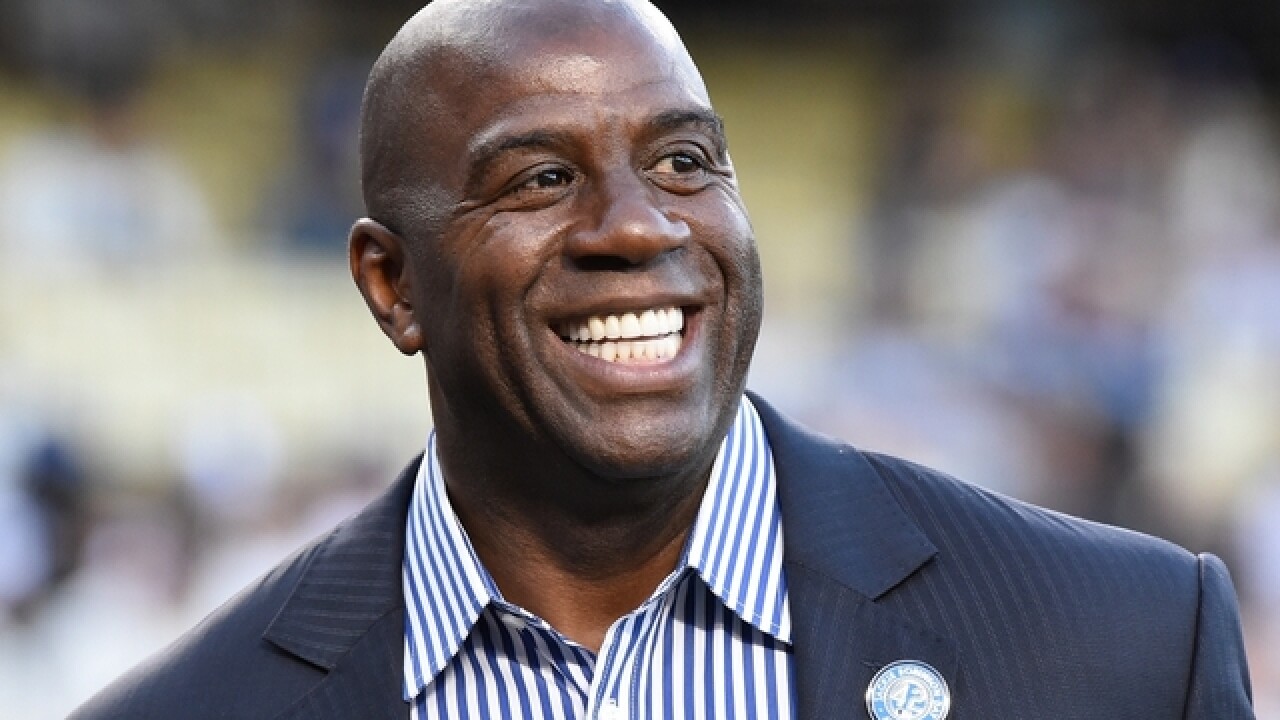 Jud Heathcoate, one of only two basketball coaches at Michigan State since 1976, died at the age of 90 on Monday.

He helped the Spartans win their first national championship in 1979 with Earvin "Magic" Johnson on the team.

Early Tuesday morning, Johnson paid tribute to Heathcoate on Twitter with a series of tweets.

"Coach Heathcoate made me a better person, player and champion," he wrote. "He turned a young kid into a man. Thank you so much for all you did for me."

My college Coach Jud Heathcote will be missed so much. He was a great man & basketball coach who truly cared about me on & off the court.

At MSU he pushed me in the classroom & coached me hard on the basketball court. I love him so much because he pushed me to be great.

As a defensive coach known for perfecting the match up zone, we were always prepared for our opponent. He made us NCAA champions in 1979!

Coach Heathcote made me a better person, player, and champion. He turned a young kid into a man. Thank you so much for all you did for me.

Prayers for the family and loved ones of Coach Heathcote during this difficult time.

Tom Izzo, who was hired by Heathcoate and also was his replacement, released this statement.

"The basketball world is a sadder place today with the passing of Jud Heathcote. No one cared more about the welfare of the game than Jud. He was a coach's coach and a mentor to many. Our hearts are filled with sadness and deepest sympathy for his wife Beverly and the Heathcote family.

"Without a doubt, he was one of the most influential people in my life, giving me a chance when no one else would. Any coaching success I've ever had is because of him. Long after he left Michigan State, he was still one of the first people I would call when I had a tough decision in coaching or life.

"Michigan State has lost one of its icons today. And yet nothing can erase his impact on the program, the players he coached and the coaches he mentored. Spartan basketball is what it is today because of Jud Heathcote."