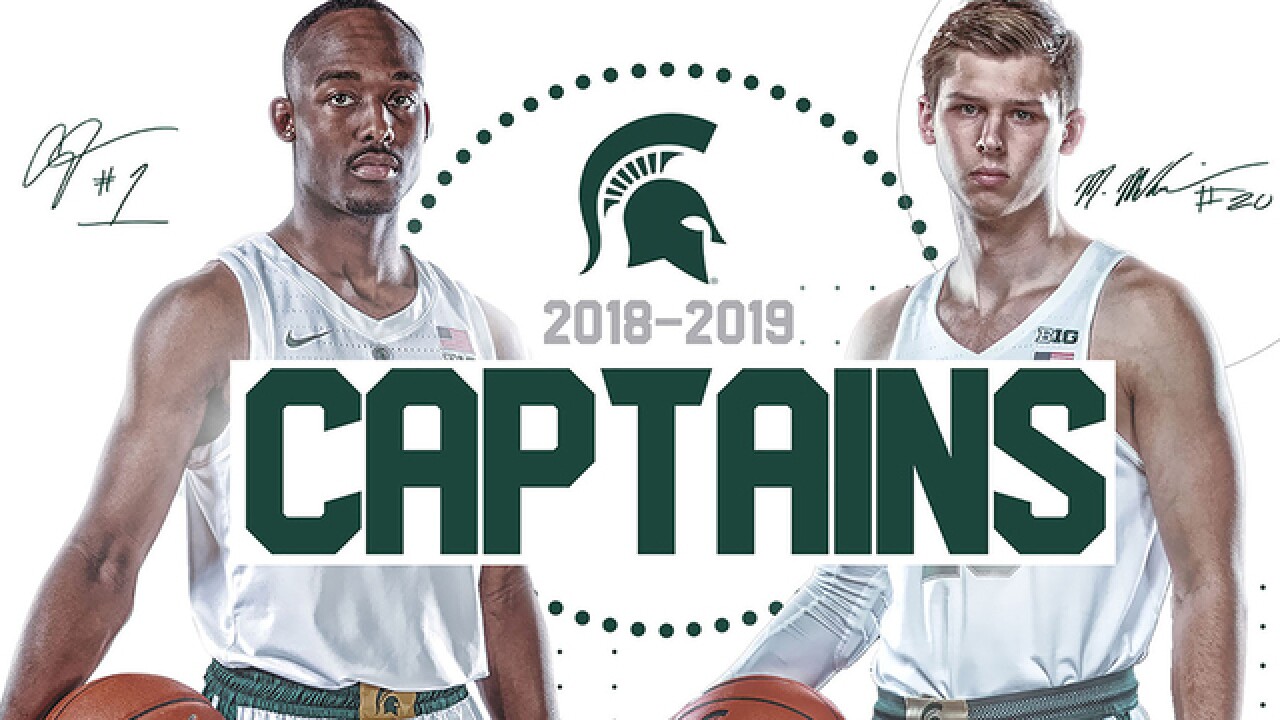 Michigan State men's basketball junior Joshua Langford and senior Matt McQuaidwere selected as captains for the 2018-19 season, announced by Head Coach Tom Izzo on Wednesday afternoon.
The Spartans held their first day of practice for the 2018-19 season and Izzo spoke to the media briefly before the start of the season.

"Josh and Matt are great leaders for our team and two guys who have a tremendous amount of experience," Izzo said.  "They were selected in a vote by the players and I think that is a reflection of what the guys in the locker room think about them.  They are two of our hardest-working players and I think they will take this role seriously and be great leaders for our team."

Langford and McQuaid were the co-recipients of the team's John E. Benington Defensive Player of the Award last year.