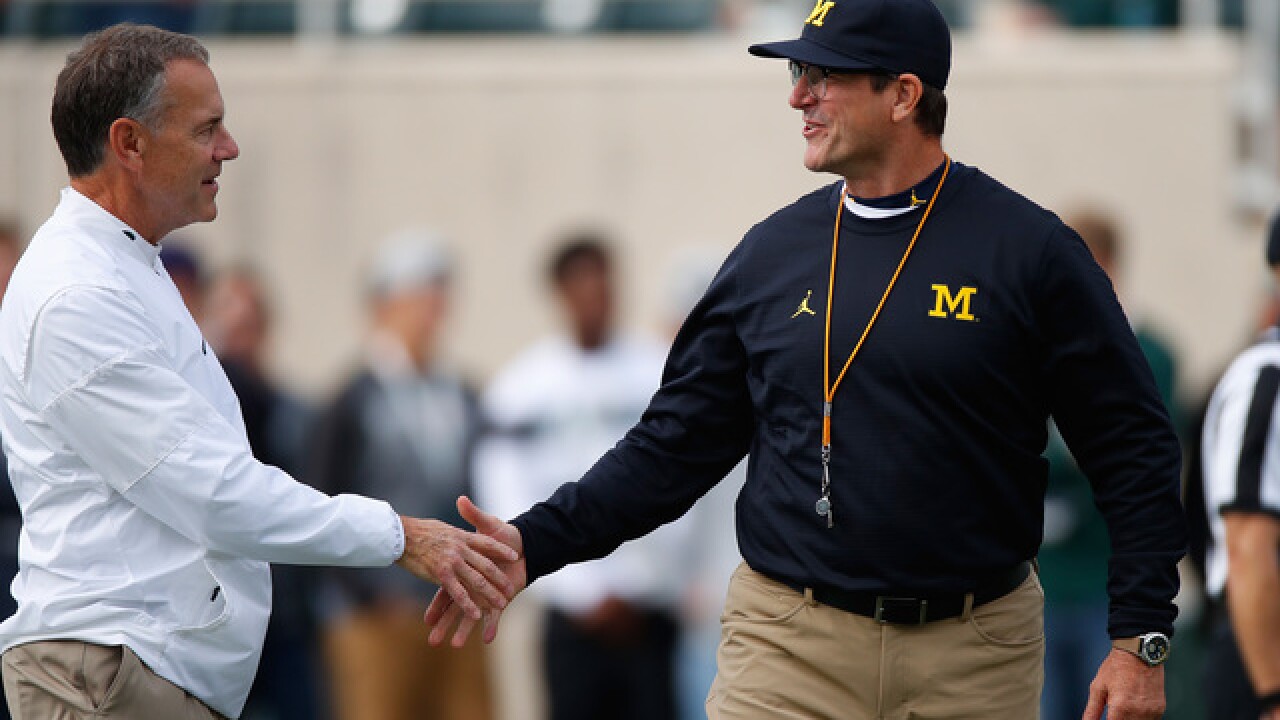 During his bowl game press conference, Dantonio was asked about the Outback Bowl selecting Michigan over the Spartans, and took a jab at his in-state rival.

"I just look at it as an opportunity to play in the Holiday Bowl right now," said Dantonio. "The records are what they are. I'll just continue to concentrate on beating Michigan and let things sort of sort out."

Saw Coach D comments on continuing to "focus" on how "he" can beat Michigan. Congrats on turning around a 3-9 team, plagued with off field issues. Good for BIG to have him back.

Dantonio later followed up with a response of his own.

For all Spartans, “it’s not over, it’ll never be over, it’s just getting started” #SpartansWill