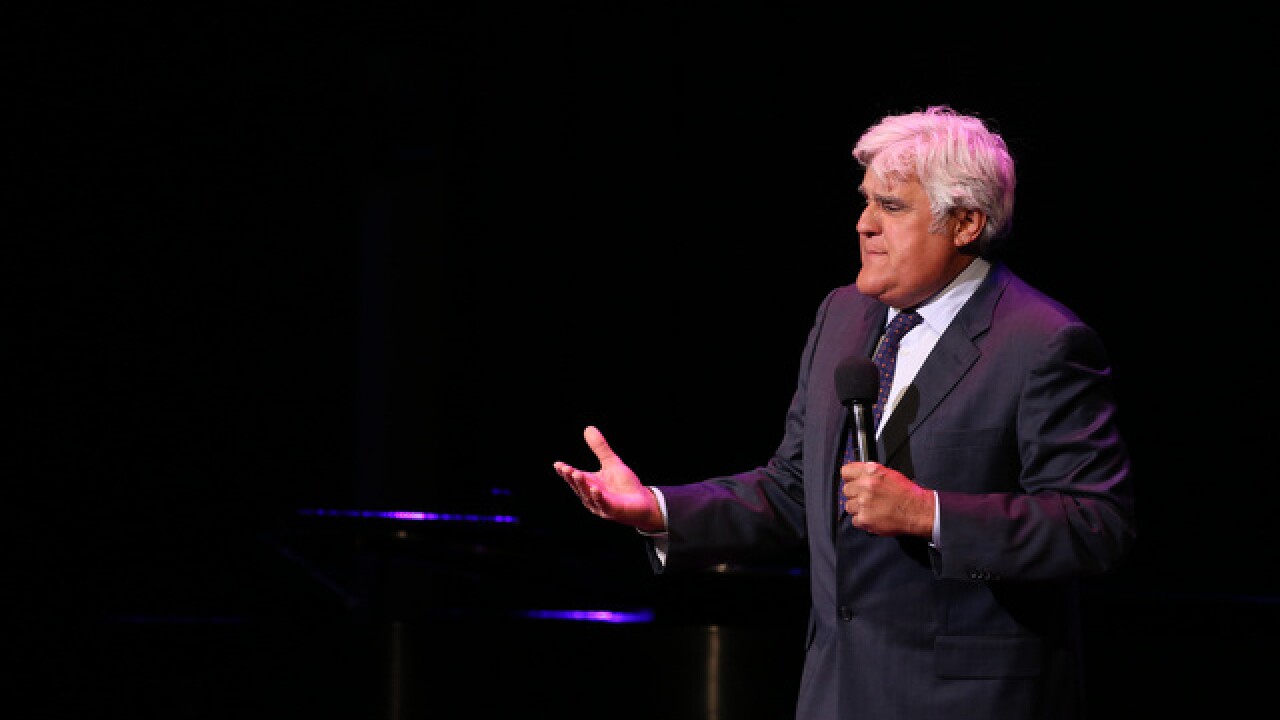 Jay Leno will perform at MSU’s Wharton Center in Lansing on Sunday, Oct. 15 at 7:00pm. Tickets go on sale Friday, Sept. 22 at 10am online at WhartonCenter.com by phone at 800-WHARTON or in person at the ticket office.

Tickets range from $41.50 - $121.50 (plus applicable fees) and can be purchased online at WhartonCenter.com by phone at 800-WHARTON or in person at the ticket office.

Jay Leno’s late night television ratings domination included more than two decades of “The Tonight Show with Jay Leno,” winning every consecutive quarter of his hosting over the past 19 years. After resuming hosting the 11:35 PM program following a one-time brief interruption of these duties, Jay once again took the show to the top, leading all of the ensuing quarters handily for another three years. Under his helm, the show was honored by the Television Academy with an Emmy for “Outstanding Comedy, Variety or Music Series.” “The Tonight Show” has also taken home the trophy for “Favorite Late Night Show” in the annual TV Guide Awards determined by voting viewers, and Jay was recently installed in the Television Academy’s Broadcast Hall of Fame.

Prior to becoming host of the Tonight Show, Leno had been the "exclusive" guest host on “The Tonight Show Starring Johnny Carson” as far back as September 1987. He first appeared as a guest on the show March 2, 1977, and he made numerous additional appearances on the show, as well as NBC’s former program “Late Night with David Letterman.” It was in May of 1992 that Leno followed in the footsteps of legendary NBC late-night hosts Steve Allen, Jack Paar and Johnny Carson as “Tonight Show” host.

Like Mr. Carson, Groucho Marx and an elite group of entertainment figures, he has been invited to have his papers installed in the Library of Congress in addition to receiving a star on Hollywood’s Walk of Fame.

Leno has been touted as one of the nicest people in show business and the hardest-working -- a winning tandem for the man who says “Anyone can have a life - careers are hard to come by!”

Don't miss Jay Leno performing Live at MSU’s Wharton Center, Sunday, October 15 at 7pm! Tickets go on sale this Friday @ 10am online at WhartonCenter.com by phone at 800- WHARTON or in person at the ticket office.