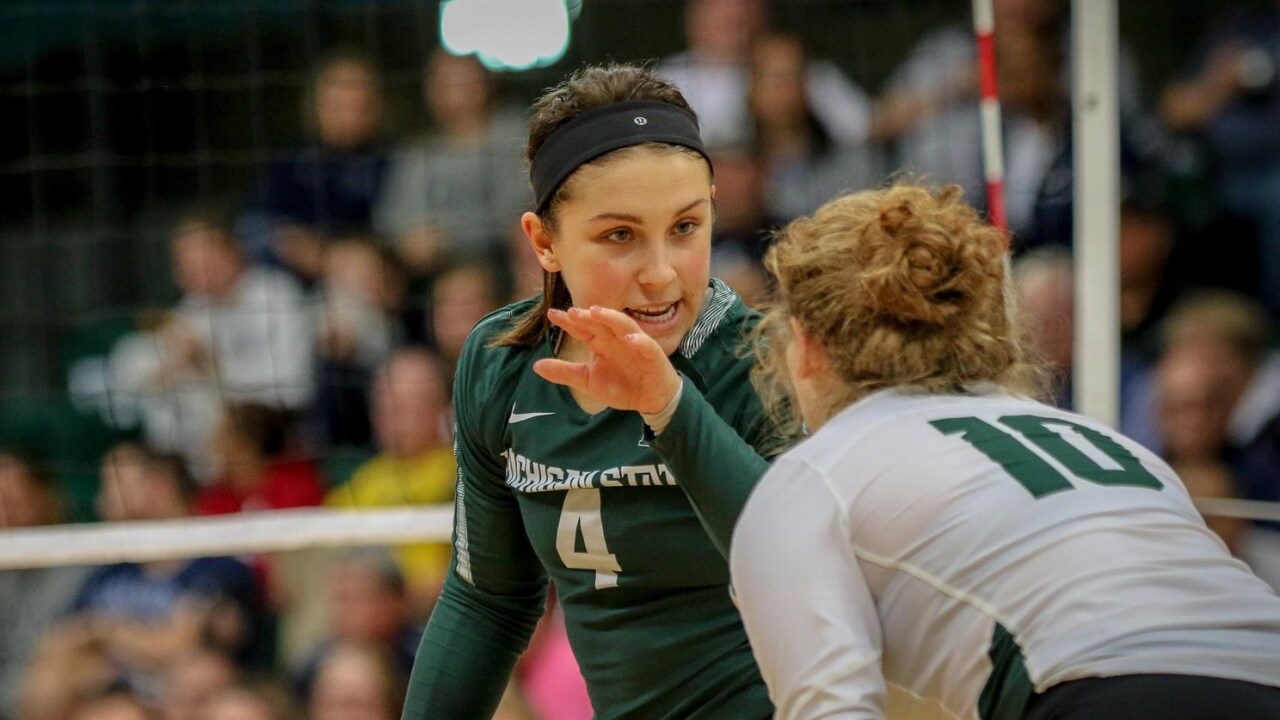 Cox averaged 6.57 digs per frame in two wins last weekend, earning a spot on the All-Tournament Team. Her 6.57 digs per set ranks first in the Big Ten.

In the opener vs. Duke, she was one shy of her career best when she posted 28 digs against the Blue Devils, and had 18 digs with five assists in the win over College of Charleston. She was a perfect 38-for-38 on serve receive, and had a passer rating better than 65% over the two matches.

She helped MSU to a perfect opening weekend (2-0), its first since 2016. MSU's 71 digs in the match vs. Duke was higher than all but one match in 2018, where its season best was 82 in a five-setter against Indiana. The Spartans followed that up with 59 digs in the sweep of Charleston.

A three-year starter, Cox averaged 3.84 digs a year ago and compiled a total of 419 digs, good for 10th in a single season in the MSU record book. In her career, she averages 3.74 digs per set in 64 career matches.

Michigan State has its first home matches of the 2019 season this weekend when it hosts the Auto-Owners Insurance Spartan Invitational. MSU welcomes Indiana State, No. 21 Tennessee, and Cincinnati (receiving votes in this week's national poll) to Jenison Field House for a full slate of action both Friday and Saturday.