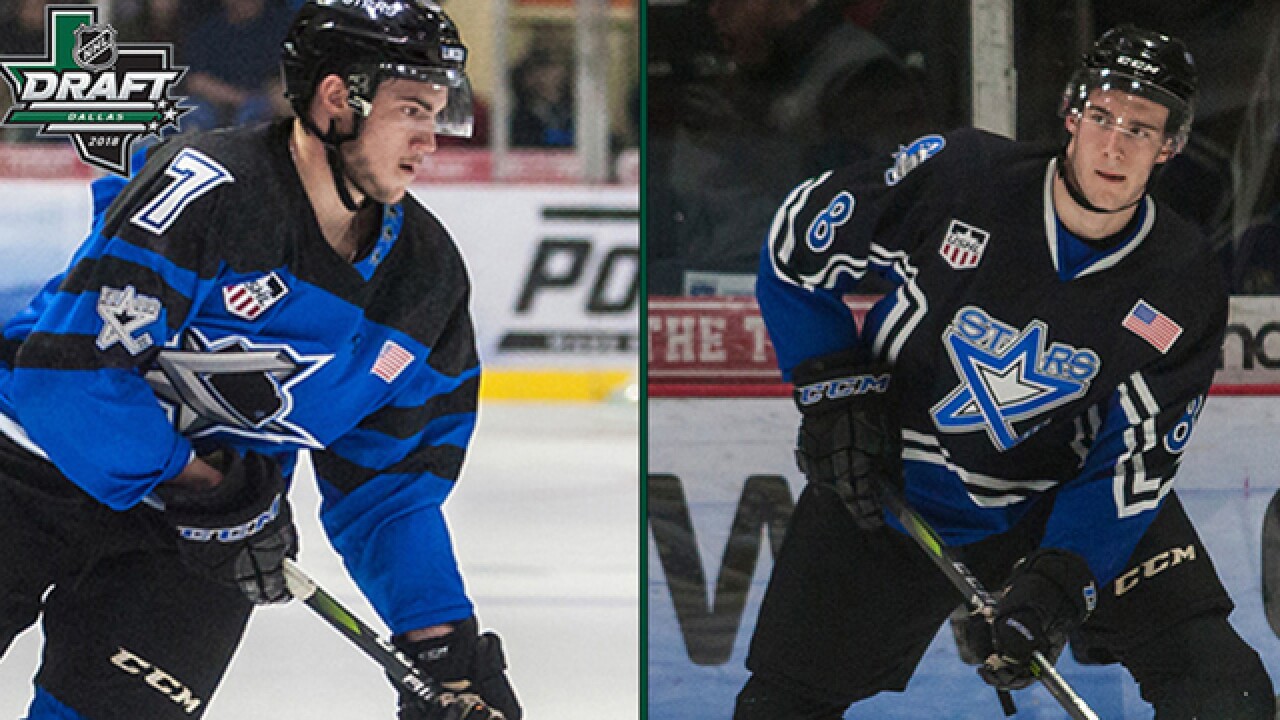 Michigan State incoming freshmen Christian and Cole Krygier were both selected in the seventh round of the NHL Draft on Saturday, June 23 in Dallas. The New York Islanders took Christian at pick No. 196, while Cole was selected five spots later at No. 201 by the Florida Panthers.

The twin defensemen, who hail from Novi, signed National Letters of Intent this spring to join the Spartans for 2018-19 and are part of Michigan State's seven-member incoming class. Both Christian and Cole played the last two seasons for the Lincoln Stars of the USHL.