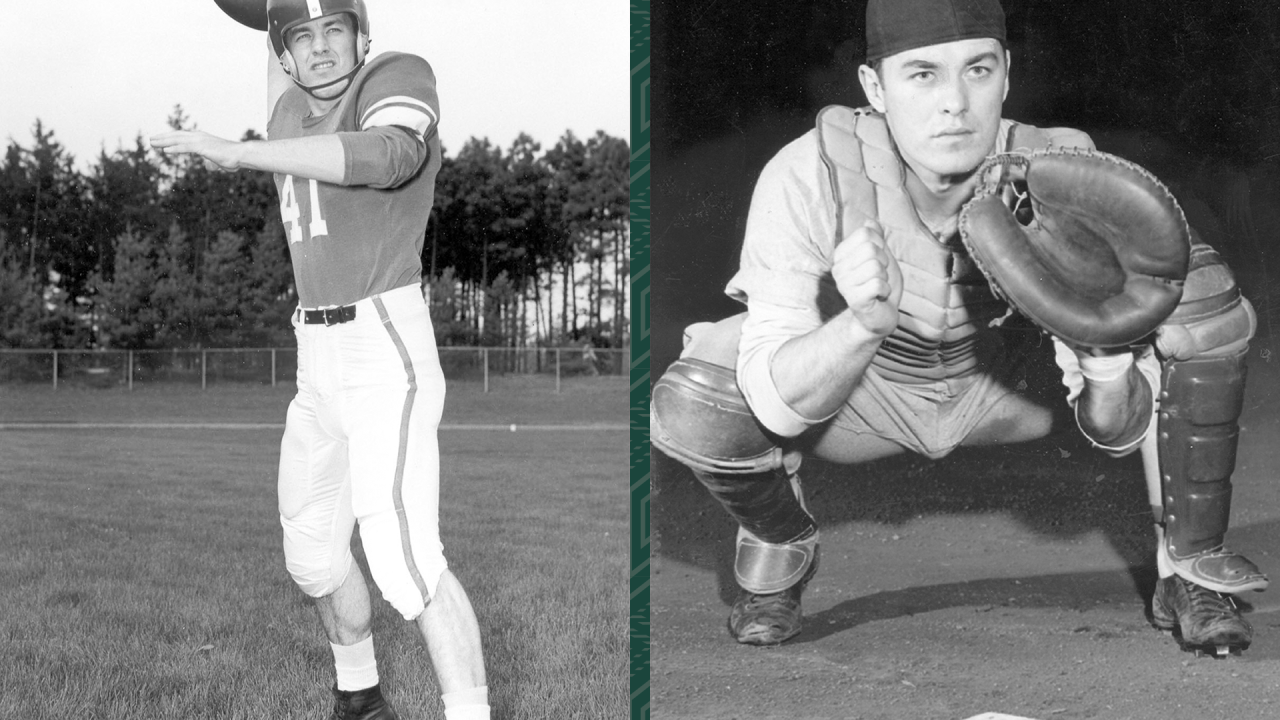 LANSING, Mich. — Michigan State University Athletics is deeply saddened to learn that two-sport Spartan great Tom Yewcic has passed away at the age of 88 (1932 – 2020).

Yewcic is still the only player to win a Rose Bowl and also be named the College World Series Most Valuable Player - in the same year no less.

He was inducted into the MSU Athletics Hall of Fame in 2003 and was named the MSU Baseball Distinguished Alumnus of the Year in 2013.

One of the most decorated Spartans in school history, Yewcic was the starting quarterback in 1952 and 1953, leading the Spartans to an undefeated national championship in ‘52 and the program’s first-ever Big Ten Championship and Rose Bowl victory during the ‘53 season. In the spring of 1954, the first-team All-American catcher helped the baseball team win its first Big Ten title and advance to the College World Series for the first time in program history.

Yewcic and the Spartans went 3-2 at the College World Series to finish in third place, as Michigan State closed the year with a 25-10-1 record, then a school record for victories. Yewcic was named the CWS Most Valuable Player for his outstanding performance in MSU’s five games.

He also became the first player in program history to be named a first-team All-American by the American Baseball Coaches Association, as he hit .305 with three homers, five doubles and 12 RBI in conference play.

Yewcic was also a three-year letterwinner in football (1951-53) and earned All-America status in 1952 by NBC-TV after leading the Spartans to an undefeated 9-0 season and the consensus national championship. As the team’s starting quarterback, he completed 41-of-95 passes for 941 yards, then a school season record, and 10 touchdowns. In his first game as a starting quarterback, he was 7-of-14 passing for 171 yards and rallied the Spartans to a 27-13 win at Michigan. Yewcic was just the second Spartan QB to reach the 200-yard passing mark when he threw for 202 yards in the 48-6 win over Texas A&M.

Yewcic also played quarterback on the 1953 Big Ten Championship team that went 9-1 and defeated UCLA in the program’s first-ever appearance in the Rose Bowl. He threw for seven touchdowns and 489 yards as a senior that season.

Following his Spartan career, Yewcic’s journey eventually landed him both in the Major Leagues and professional football. Although he was selected in the 27th round of the 1954 National Football League Draft by Pittsburgh, he elected to play baseball, and reached the majors with the Detroit Tigers in 1957 before turning over to football in the early 60s. Yewcic was a member of the Boston Patriots in the American Football League from 1961-66 and was named to the Patriots All-1960s AFL Team as a punter.

Yewcic was used chiefly as a punter in 1961 and the first half of 1962 before being pressed into service as a starting quarterback when Babe Parilli suffered an injury and sparked the Patriots to three-straight wins.

Yewcic punted 377 times for 14,553 yards during his NFL career. In addition to punting and playing quarterback, he was also used as a receiver and running back. In 77 career regular-season games he completed 87 passes for 1,374 yards and 12 touchdowns and had 72 carries for 424 yards and four touchdowns in addition to posting seven receptions for 69 yards.

Memorial information will be announced at a later time.