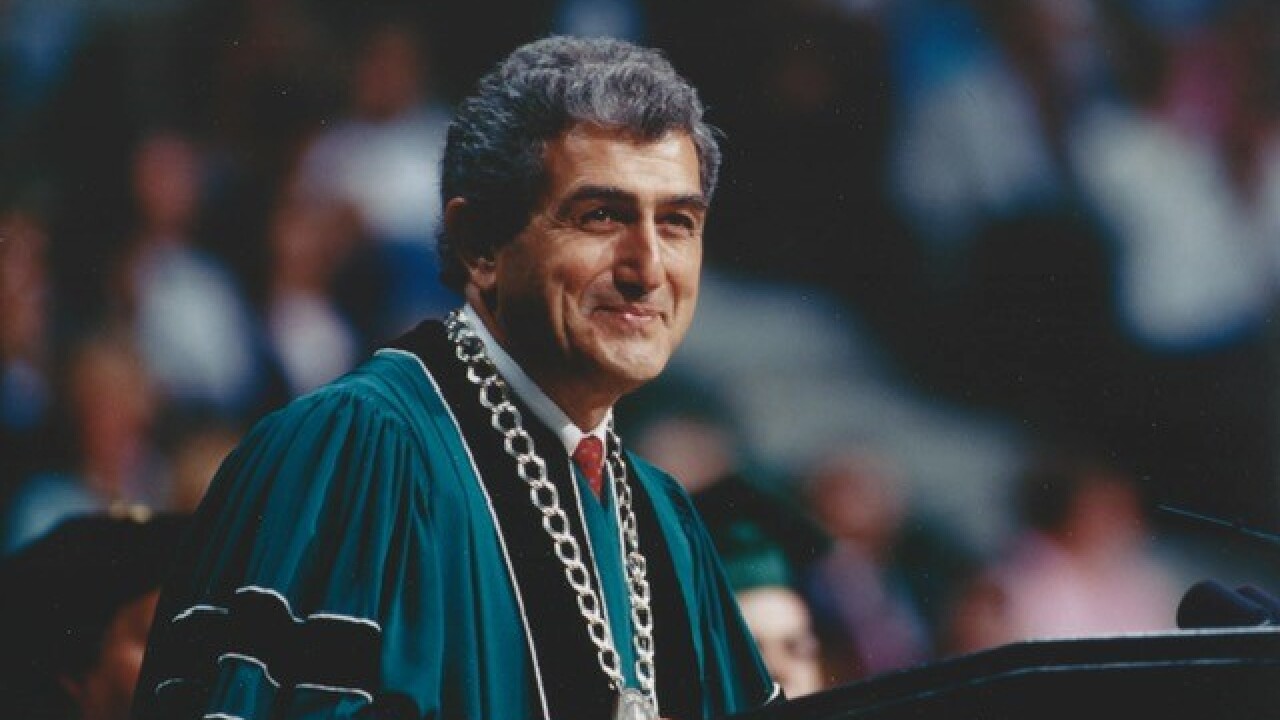 “John DiBiaggio was a true advocate for inclusion, service to others and, most of all, equitable access to higher education. His legacy is still felt on the banks of our Red Cedar and will be for generations to come. Our most sincere condolences go out to his family during this difficult time," said current university president, Samuel L. Stanley Jr., M.D.

MSU also said that DiBiaggio grew up in Detroit, Michigan and was the first in his family to attend college. He served as president at at the University of Connecticut, Michigan State University and Tufts University in Massachusetts.

M. Peter McPherson, MSU’s 19th president and current president of the Association of Public and Land-grant Universities said, “John was a great Spartan who worked hard for the university. He was a national leader in public higher education and served as chair of the APLU Board of Directors in the 1980s. He leaves behind many friends.”

James Blanchard, Michigan’s 45th governor, former ambassador to Canada and an MSU alumnus said, “Along with Spartan Nation, I am sad to hear about the loss of former President John DiBiaggio. We all have fond memories of him and his commitment to MSU. We have lost a champion of higher education and of this special Spartan community that we all care for.”

During his eight-year tenure at MSU, DiBiaggio achieved many firsts for the university and worked to advance its land-grant mission as a tenacious advocate for education. He was known for his commitment to and promotion of diversity and inclusion, along with global scholarship and research. His passion for global understanding and support for international programs and study abroad moved MSU into the global educational forefront. He saw a land-grant university serving not only the state and the nation, but importantly, the world.

And Sen. Debbie Stabenow said, "As President of Michigan State University, John DiBiaggio was a passionate advocate for land-grant universities and the important role they play in research and service to others. Under his leadership, the National Superconducting Cyclotron Laboratory — the predecessor of the Facility for Rare Isotope Beams — was created. In these ways and so many more, Dr. DiBiaggio's legacy lives on. My deepest condolences are with his family, his friends, and the MSU community."

For more information about DiBiaggio's contributions to higher education and his legacy, visit msu.edu/tributes/dibiaggio/.