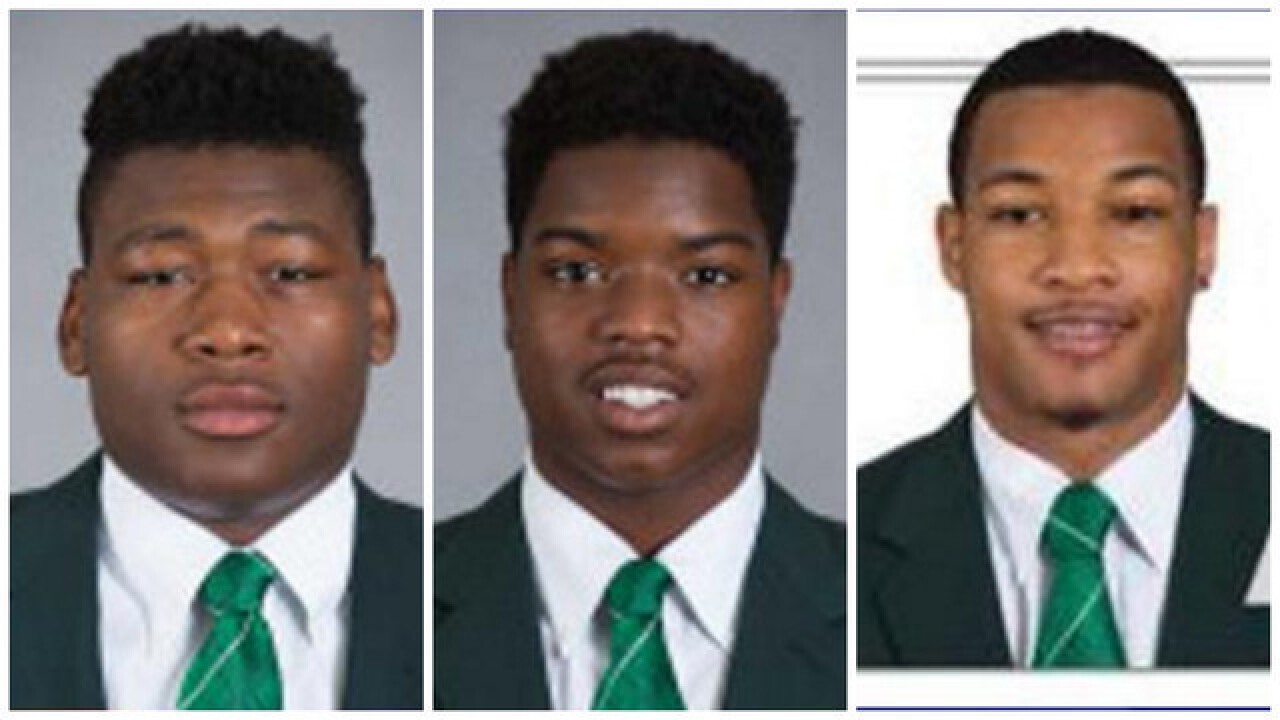 Three former MSU football players accused of sexual assault are scheduled to be in court Friday.

Prosecutors say they raped a woman at a party in January.