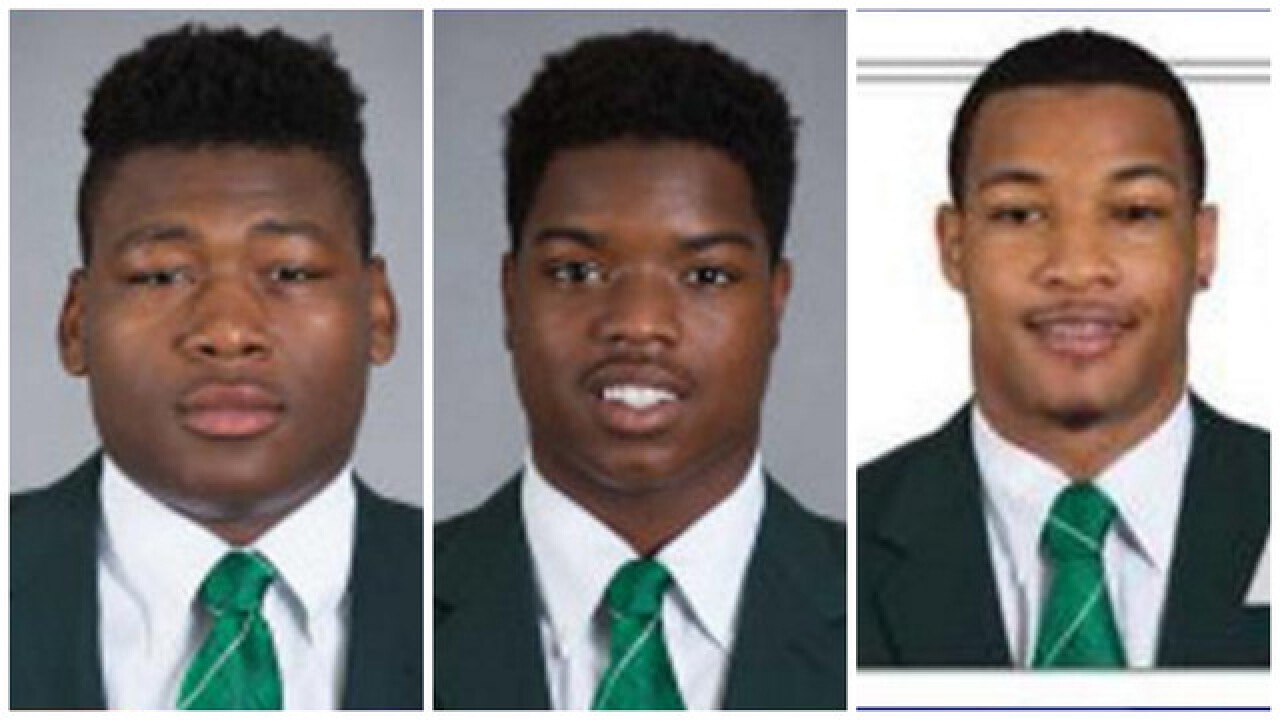 "The university doesn't provide their notes, they don't audio or videotape any of their interviews with individuals so we never get an opportunity to see that,” Chartier said. “They're not sworn under oath,

She says they delayed the investigation for police, but wouldn't do the same when the defense needed time.

"It makes me highly question their ability to be neutral in their statement that they really are neutral, when they wouldn't give to the defense what they readily gave to law enforcement," Chartier said.

Their accuser's attorney Karen Truszkowski feels differently, she sent us a statement saying "the university made a fair and reasons decision based on the information they had."

Some students on campus also support the university's decision.

"You know, so many of these stories of girls getting sexually assault on campuses and dorms and those sorts of things, they've been silent on that for so long,” Natalie Smith said. “For them to take action now is really important."

As for what Vance has to say about being kicked from MSU.

"He has no interest in coming back to the university regardless of what the outcome had been,” Vance said. “He doesn't feel that he was treated fairly."

She says he's looking forward to fighting this case and moving on to another school.