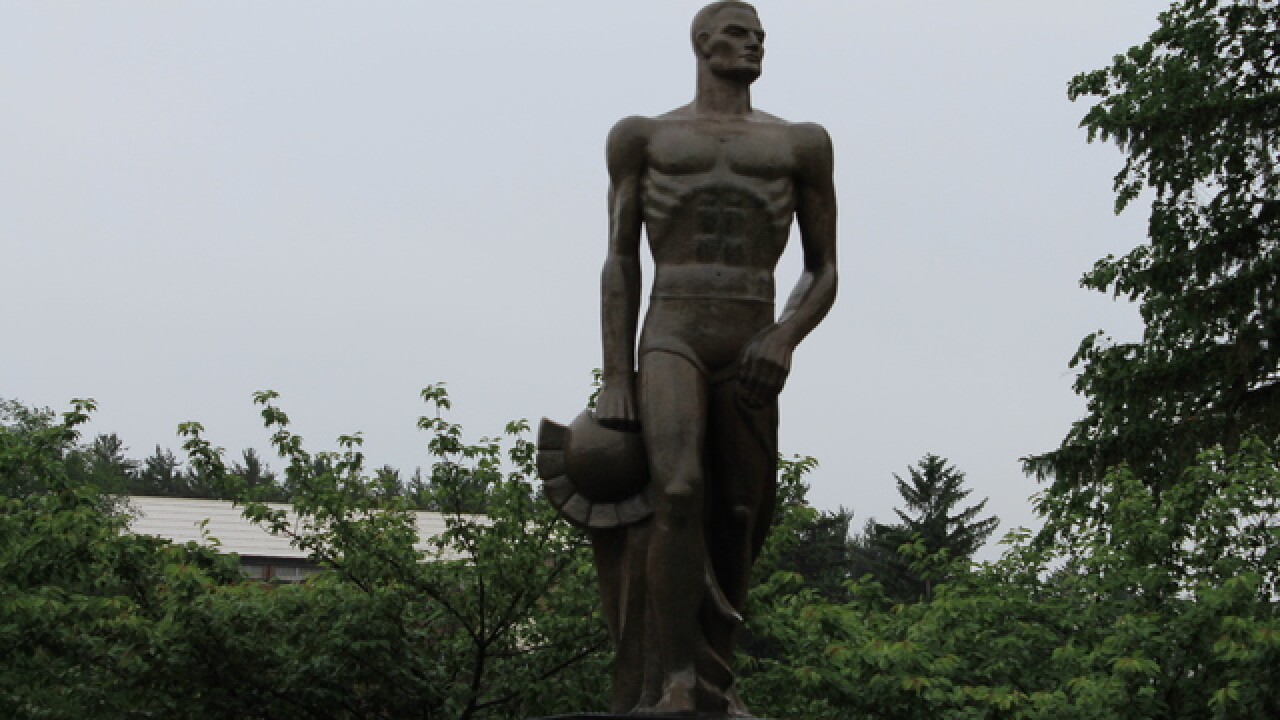 An issue of global concern is the anticipated shortage of agricultural output to meet the steady rise in human population. Michigan State University scientists understand that overcoming crop loss due to disease and adverse weather will be key in achieving this goal.

One of the best historical examples of this is the Irish Potato Famine. Beginning in 1845, Ireland experienced the “perfect storm” of unusually cool, damp weather that provided prime growing conditions for an exotic pathogen that destroyed the potato crop. With their primary food source ravaged by disease, a million Irish people died from the ensuing famine.

On the other end of the thermometer, warmer temperatures also can cause extensive crop loss. This critical correlation between changing weather and plants’ ability to fend off diseases is featured in the current issue of Nature Communications.

In this scenario, Bethany Huot, MSU cell and molecular biology graduate program alumna and the study’s lead author, wanted to find out if plants’ defense system was compromised or was pathogens' virulence enhanced?

The answer: It’s both.

“Just like people, plants are more likely to get sick when they are growing in stressful environments,” said Huot, who published the paper with Sheng Yang He, University Distinguished Professor of plant biology and a Howard Hughes Medical Institute Investigator, and Beronda Montgomery, MSU Foundation Professor. “While individual stresses are damaging to plants, they can have catastrophic effects when combined.”

When people get a fever, they take a form of salicylic acid, or SA, commonly known as aspirin. Plants don’t have to go to a medicine cabinet because they’re able to make their own SA. At 73 degrees Fahrenheit, plants can produce plenty of SA to fight off a pathogenic infection. However, when the heat rose above 86 degrees, no SA was produced, leaving plants vulnerable.

The authors also found that the pathogen became stronger at the elevated temperature. However, the increased vulnerability of the plants occurred regardless of whether the pathogen was present.

“Since the plants could no longer make SA at elevated temperature, we sprayed them with a chemical that acts like SA,” Huot said. “This treatment effectively protected the plants from infection; even though the bacteria are more virulent at high temperatures, plants can fight them off if we give them the SA they can no longer make.”

Even if global climate issues are resolved, local fluctuations in environment will always occur and greatly impact crop growth and yield, Huot added.

“Increasing our understanding of how specific environmental factors affect the host and the pathogen as well as their interactions can inform strategies for developing robust crop resistance,” she said. “This is important for keeping food on the table.”