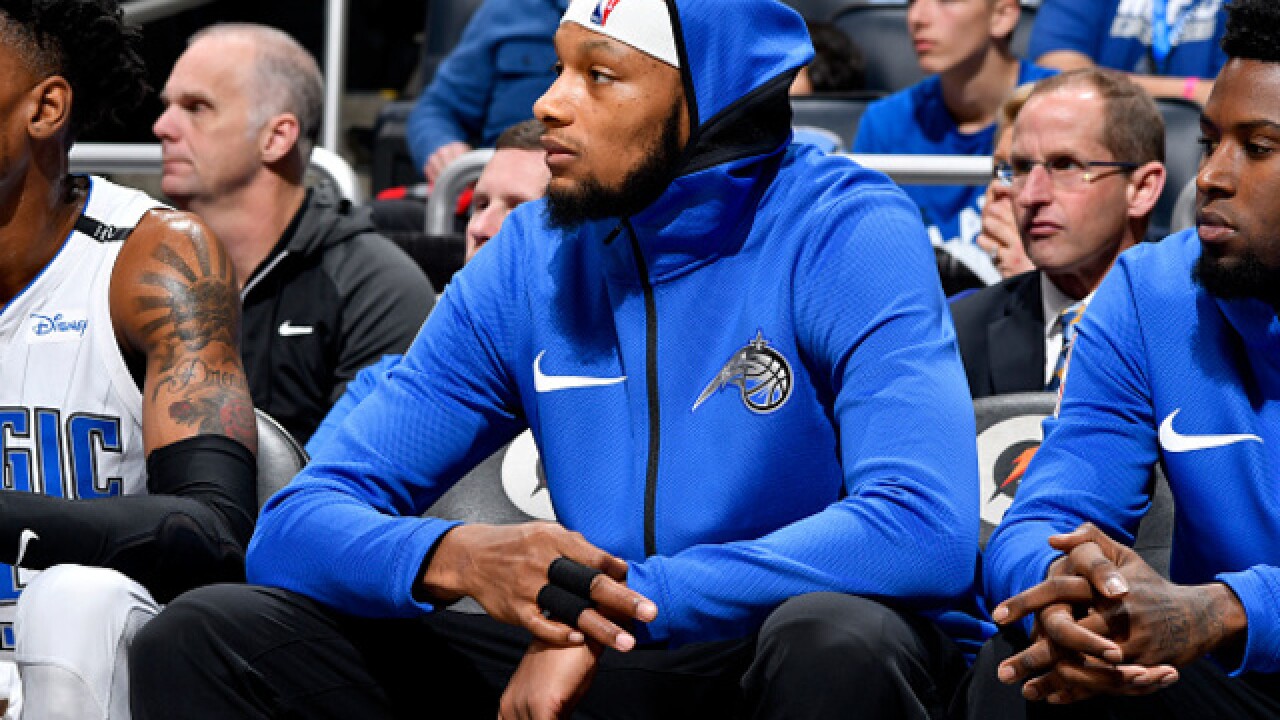 Copyright 2018 Scripps Media, Inc. All rights reserved. This material may not be published, broadcast, rewritten, or redistributed.
Fernando Medina
<p>ORLANDO, FL - DECEMBER 13: Adreian Payne #33 of the Orlando Magic looks on during the game against the LA Clippers on December 13, 2017 at Amway Center in Orlando, Florida. NOTE TO USER: User expressly acknowledges and agrees that, by downloading and or using this photograph, User is consenting to the terms and conditions of the Getty Images License Agreement. Mandatory Copyright Notice: Copyright 2017 NBAE (Photo by Fernando Medina/NBAE via Getty Images)</p>

The team announced the move Monday.

Payne later posted on Instagram , saying he was excited to join a historic club and help it try to win a Euroleague title and Greek Championship.

The Orlando Magic waived the 6-foot-10 Payne last month, making him part of the fallout from a crisis at Michigan State University. The former Spartans forward was part of an ESPN report, detailing sexual assault allegations against former basketball and football players at the school.

Payne was drafted No. 15 overall in 2014 by Atlanta. He signed him to a two-way contract last August with the Magic, who kept him on their minor league team for much of the season.