Dance, film and theatre mesh together in Stuart Pimsler's MATINEE at Wharton Center 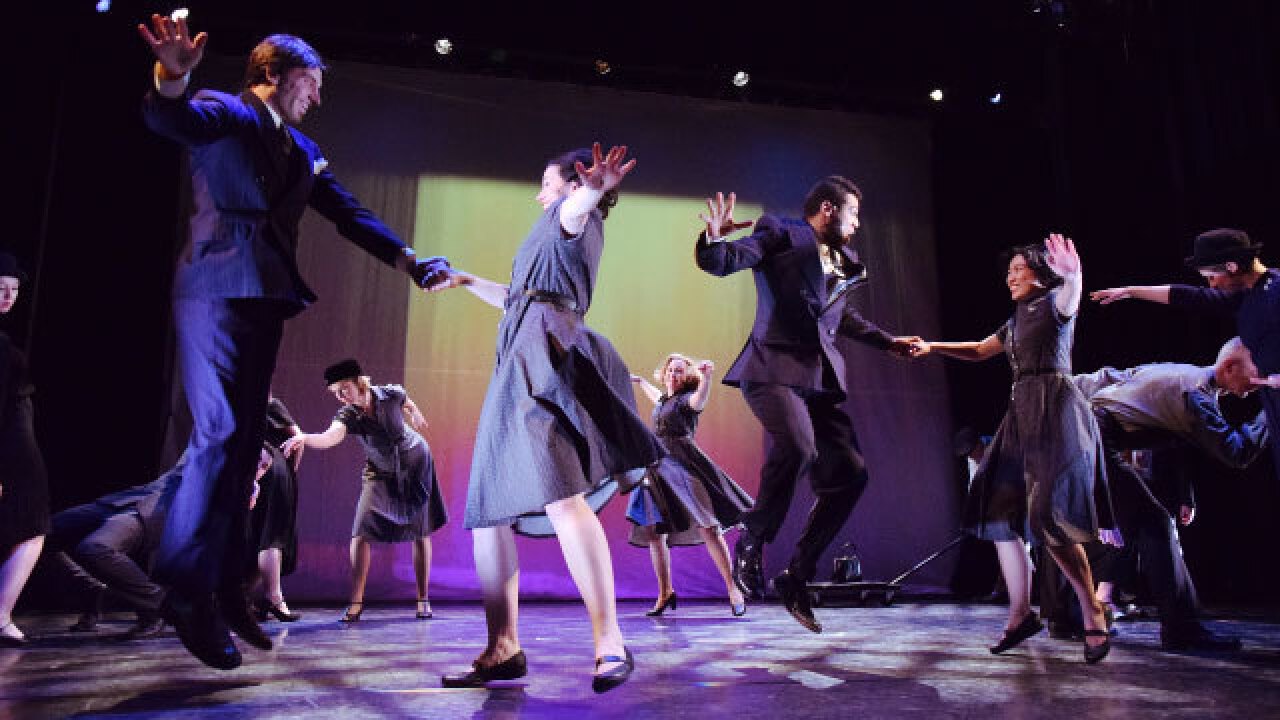 Stage meets screen in Stuart Pimsler Dance & Theater’s MATINEE, which will be performed on Thursday, January 17, 2018, in Wharton Center’s Cobb Great Hall. Tickets are available at the official source to purchase Wharton Center tickets online, whartoncenter.com, at the Auto-Owners Insurance Ticket Office, or by calling 1-800-WHARTON.

MATINEE is an adaptation of American novelist Robert Coover’s New Yorker story by the same name, with elements of dance, theater and film incorporated into the stage production. Inspired by a wide variety of cinematic genres including film noir and romance, the performers move effortlessly through stage and screen, exploring the nature of relationships in the delicate divide between fantasy and reality. Characters search for love and connection in this timeless romantic story that uniquely blends acting, dance and film. MATINEE premiered at The Woman’s Club of Minneapolis in February 2017 to critical acclaim and has been touring nationally since then. Local dancers from MSU Orchesis, Happendance, and Karyn's Dance Place will join SPDT in MATINEE as guest performers.

There will be an After Chat with members of the cast following this performance inside the Great Hall.