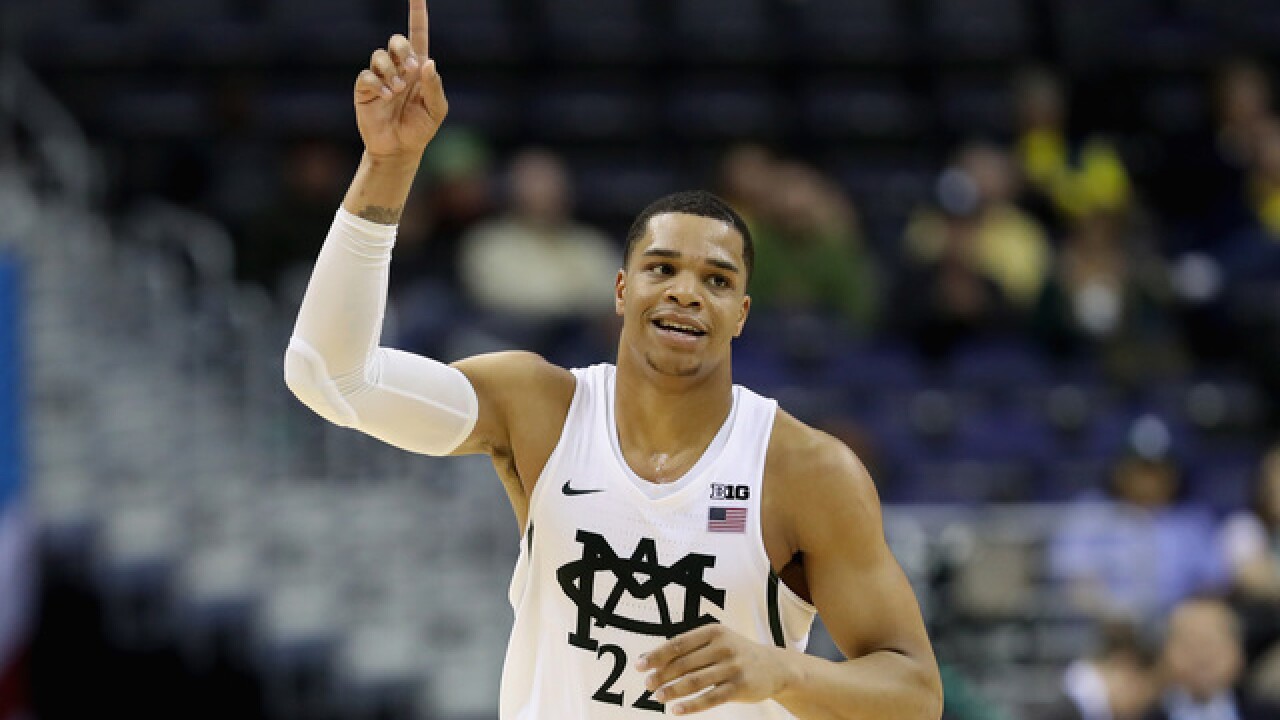 Miles Bridges is day to day with a sprained left ankle for No. 2 Michigan State.

Bridges was fouled with 8:32 left in a 93-71 win over Stony Brook on Sunday night as he was driving into the lane and landed awkwardly on his left foot and rolled his ankle. After trying to stay in the game to shoot free throws, he went back to the bench briefly before walking gingerly toward the locker room.

Bridges received the most votes on The Associated Press preseason All-America team.

The sophomore returned to school this season, turning down a chance to be a first-round pick in the NBA draft.

He scored 20 points, matching his scoring average this season, against the Seawolves.

Michigan State coach Tom Izzo isn't sure how long Bridges will be out. The Spartans play DePaul on Thursday night in Oregon in the Phil Knight Invitational.

"By Tuesday morning, I'll know more," Izzo said. "Miles is tough enough to play through it but we're not going to take any chances."