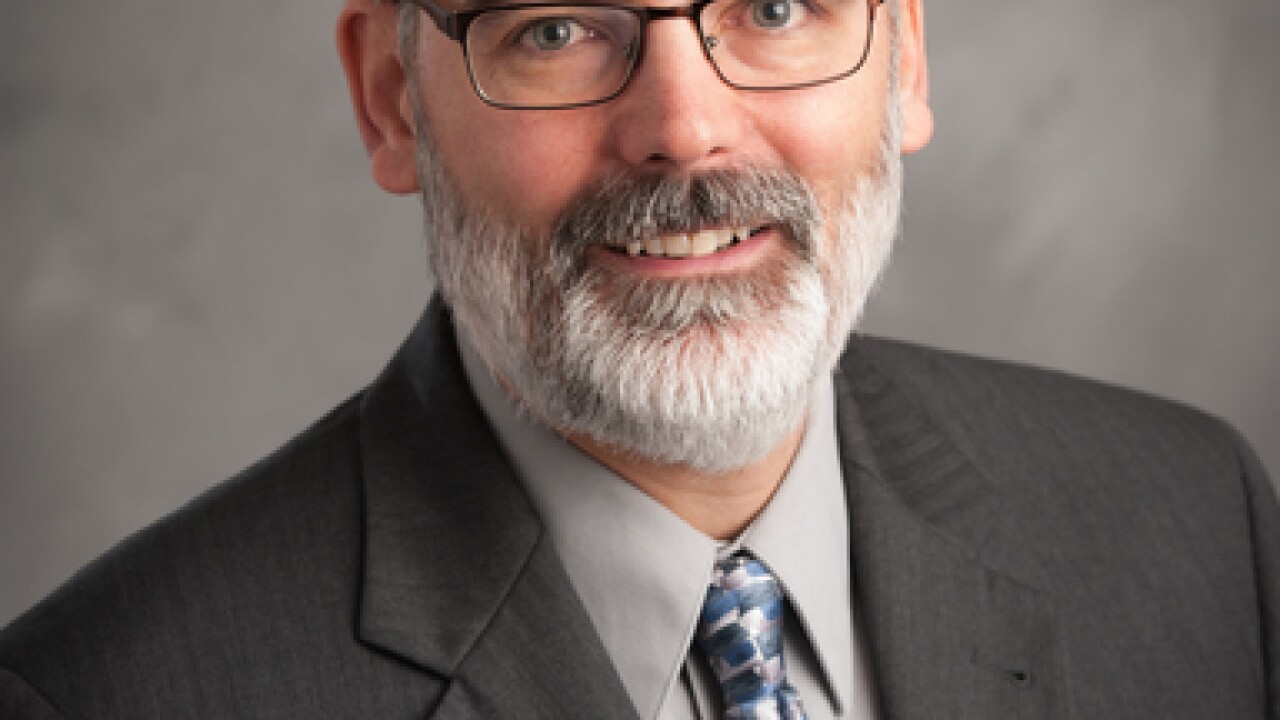 Bradley Sherrill, director of the National Superconducting Cyclotron Laboratory and scientific director at the Facility for Rare Isotope Beams at Michigan State University, was awarded the  2018 Tom W. Bonner Prize in Nuclear Physics  from the American Physical Society.

APS is a nonprofit organization with 54,000 members that works to advance and spread knowledge of physics via publications, scientific meetings, education, and public outreach. The Tom W. Bonner Prize is awarded annually to recognize and encourage outstanding experimental research in nuclear physics, including the development of a method, technique or device that significantly contributes in a general way to nuclear physics research.

Sherrill received the award due to his scientific leadership in the development and utilization of instruments and techniques for discovery and exploration of exotic nuclei and for his community leadership in explaining the physics of rare isotope beams and advancing the realization of the Facility for Rare Isotope Beams, under construction now at MSU.

“I am very grateful to the APS for the recognition of the work we do,” Sherrill said. “Being a part of NSCL and FRIB has allowed me to produce and study rare isotopes that have revolutionized our understanding of atomic nuclei and their role in stars.”

Sherrill received his undergraduate degree from Coe College in Iowa and doctorate in physics from MSU. He did postdoctoral work at GSI in Germany. He joined NSCL in 1986 and is now the NSCL director, the scientific director for FRIB, and a University Distinguished Professor at MSU. His research addresses the production and study of rare isotopes and their role in the universe. He has been a member of the MSU physics department since 1991 and has taught introductory physics and astronomy to science and non-science students.

”Brad has been a visionary for the nation’s rare isotope efforts for many years, and NSCL and FRIB greatly benefit from his scientific expertise,” said FRIB Laboratory Director Thomas Glasmacher. “He truly deserves this recognition for his leadership and commitment to our field.”

Sherrill’s work with the nuclear science community helped to explain the need for FRIB and how the rare isotopes it will produce will answer fundamental questions regarding the stability of atomic nuclei and the origin of elements in the cosmos. He has also promoted the use of isotopes from FRIB for medical and industrial applications.

“We are building FRIB to answers basic questions in nuclear science, but I am also excited about the potential major discoveries that will impact our everyday lives,” Sherrill said.

Sherrill will be presented with the award at a special APS ceremony on 15 April 2018.

NSCL  is America’s premier rare isotope facility, serving more than 1,000 researchers from around the world, enabling them to explore the inner workings of atoms and their role in the universe. NSCL provides beams of rare isotopes (that is, short-lived nuclei not normally found on Earth), including new research capabilities with stopped and reaccelerated beams. NSCL is a national user facility funded by the  National Science Foundation , supporting the mission of the Nuclear Physics program in the NSF Physics Division.

MSU  is establishing  FRIB  as a new scientific user facility for the  Office of Nuclear Physics  in the  U.S. Department of EnergyOffice of Science . Under construction on campus and operated by MSU, FRIB will enable scientists to make discoveries about the properties of rare isotopes in order to better understand the physics of nuclei, nuclear astrophysics, fundamental interactions, and applications for society, including in medicine, homeland security and industry.