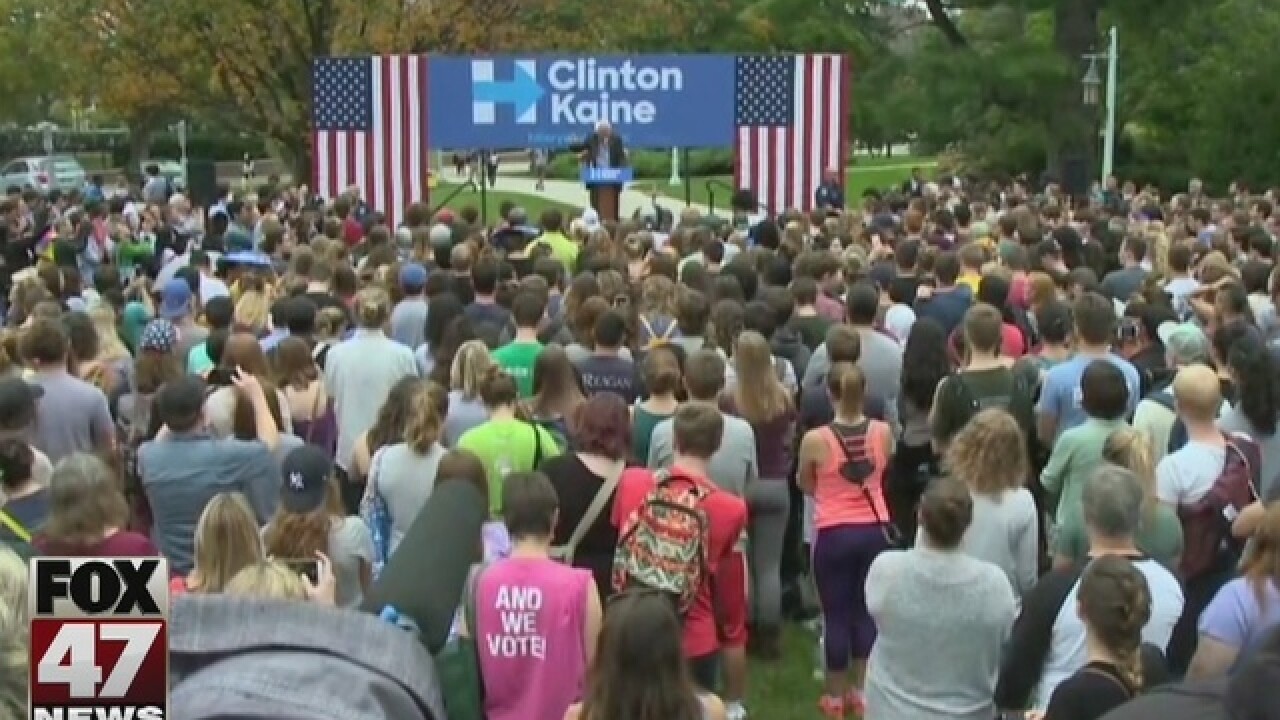 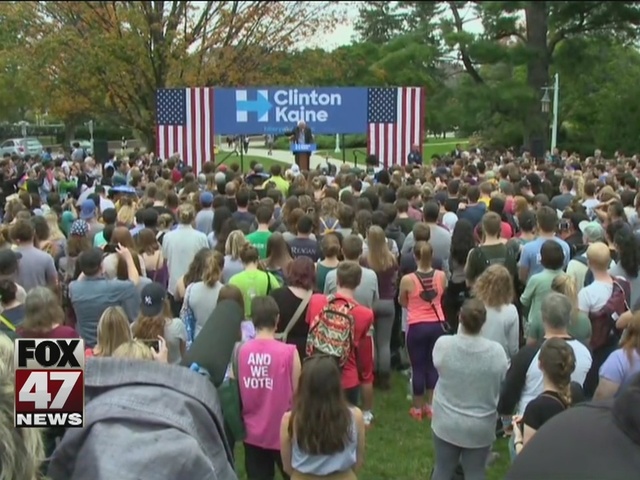 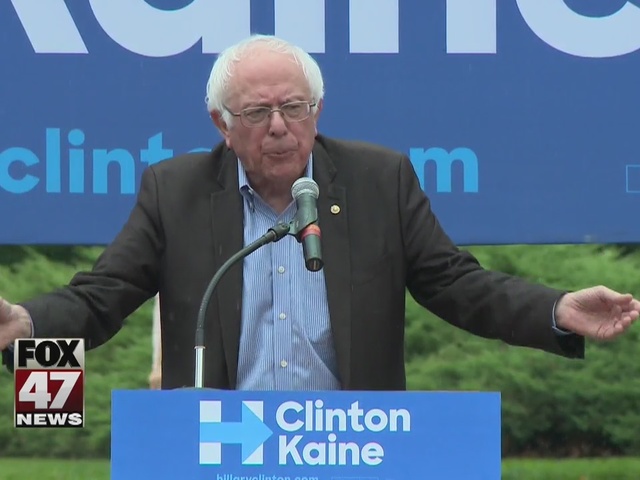 Senator Bernie Sanders (D-Vermont) drew a huge crowd when he came to Michigan State University's Breslin Center as a presidential candidate in March.

But not as many people when came back, campaigning for his former opponent - Hillary Clinton. "Our job is to bring people together, not to allow Donald Trump to divide us up," Sanders said to a crowd of about 250 on Thursday.

Supporters in the crowd were divided, though, on whether Sanders' attempt to convince his supporters to vote for Clinton worked.

"He's put influence on [my decision], but I don't know what to exactly say, I still have no idea yet, but I know I'm not voting for Donald Trump," Monica Pham said.

"A lot of people have already made up their mind by now if they're voting for her or not," MSU Freshman Just Harvey said. "But I definitely think he's going to get more people enthusiastic who might have been on the sidelines or questioning if they're even going to vote."

Some of the things people love about Sanders aren't true of Clinton. One supporter says he loves how completely grassroots Sanders' campaign was.

But Sanders spent most of his speech emphasizing the issues he and Clinton agree on - like preventing climate change, raising the minimum wage, and paying for tuition-free college by making billionaires pay their fair share of taxes.

"He did a good job of talking about the similarities between himself and Hillary Clinton and why you should vote for her and kind of and not vote third party or just not vote at all," Harvey said.

Sanders did talk about how important it is for everyone to vote, and to fight for economic equality after the election, too.