Aidan Sova: A Spartan's Will to work hard 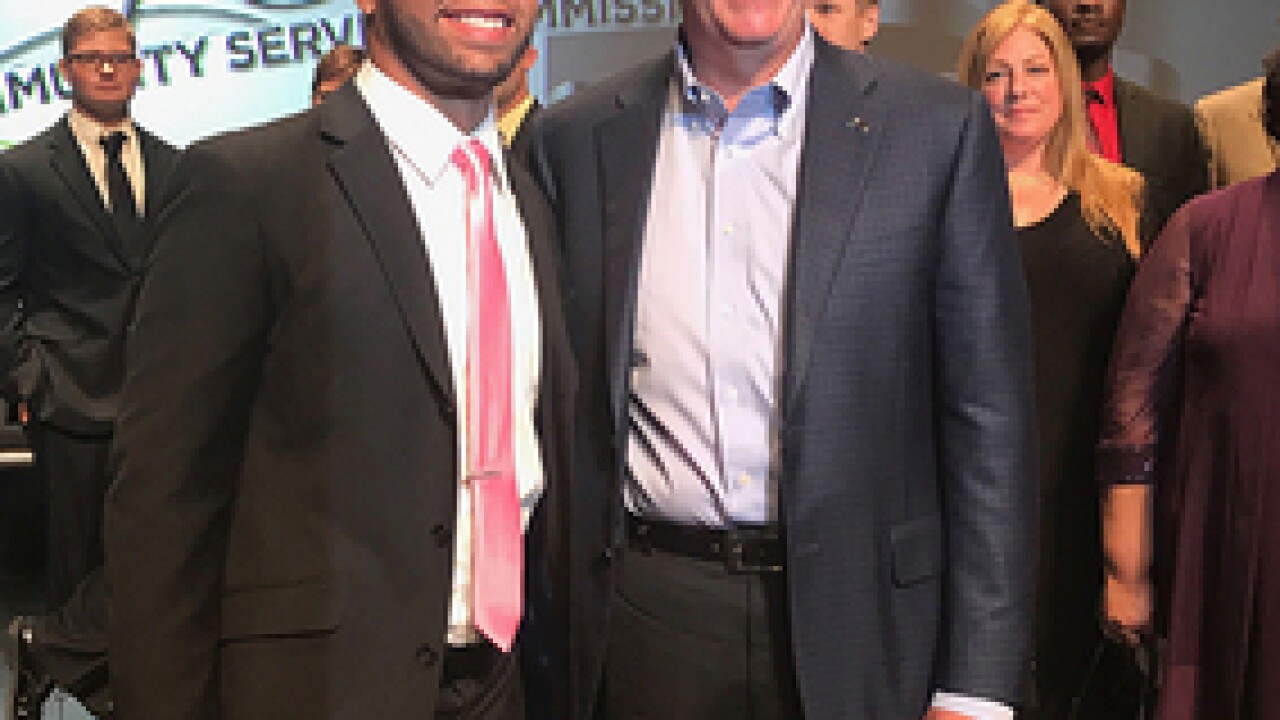 Growing up with his mother in a single-parent household is the main source of motivation for his service.

“I have the utmost respect for my mother for working insane hours so I could be well accounted for, keeping food on the table and showing me that one’s hard work can directly change the life of others,” Sova said. “I am forever grateful.”

With the support he’s received from his community, family and friends, Sova feels indebted to serve and has shown it since he was in the seventh grade.

“I kind of just started joining as many groups and organizations that helped our community as possible: our school student government, our Viking pride in our school,” Sova said. “Just stuff like that to where I could actively help back because I felt that my community had given me so much that it was my turn to give back to my community.”

As a former Jackson County Youth Citizen of the Year, in high school Sova was well known for arriving to school around 7 a.m. and being there until about 8 p.m. — a true testament to his will to work hard.

Receiving the award provided more fuel for Sova to become active in the MSU community. This semester, he will be mentoring a high school student and will be a part of the Associated Students of Michigan State University’s general assembly.

Sova said some people ask him if he will treat college as his time to relax — his response, “absolutely not.”

“I can always be doing more, if I have been given this title people are looking to me, seeing what I’m doing,” Sova said. “I think college is the time to step it up a little bit as much as I possibly can.”