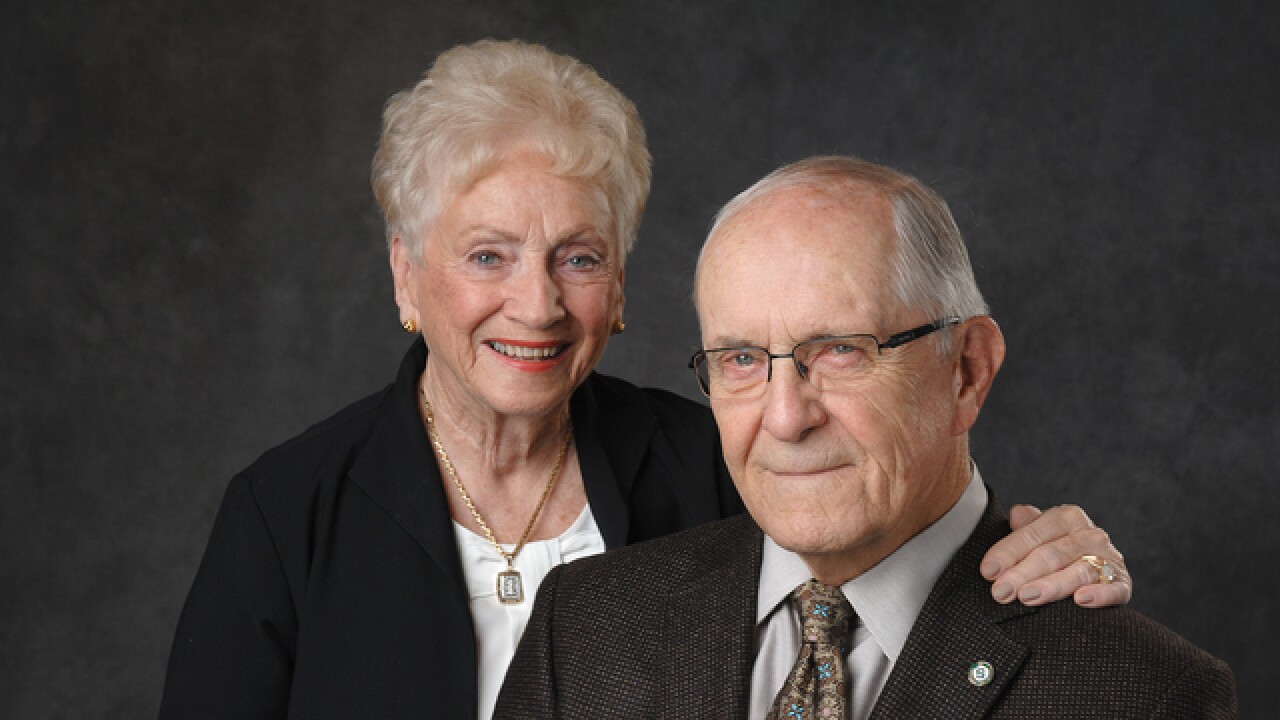 A $1 million gift from alumni Byron and Dolores (Dee) Cook will help build a Music Pavilion for Michigan State University’s  College of Music .

Their gift helped  launch the project , which aims to add more than 35,000 square feet of rehearsal, practice and performance space and to renovate another 8,500 square feet in the 1940s era Music Building and its neighboring Music Practice Building.

“The College of Music faculty is extraordinarily talented as artists and teachers and they are attracting outstanding students,” said Dee Cook. “But spaces and places make a difference in your work and we are thrilled to be part of this plan to provide these artists with acoustically superior spaces where we know they will thrive.”

The Cooks, of Greenville, are longtime supporters of MSU and the College of Music.

Cook Recital Hall , which opened in the fall of 2012 at the Music Building, bears their name in honor of their lead gift for the renovation of a key performance space. In honor of their latest gift, the pavilion’s first floor also will be named in their honor. The Cooks are founding members of the College of Music’s National Leadership Council.

“We are tremendously grateful for the leadership and generosity of Byron and Dee Cook in helping to build our vibrant community,” said MSU President Lou Anna K. Simon. “Their passion for musical excellence at MSU is having a transformative effect on the capabilities of the College of Music, which will enrich the lives of others for generations.”

Dee Cook, who graduated from the College of Communication Arts and Sciences in 1954, is a longtime contributor to higher education, including helping to found Montcalm Community College and serving on the MSU Board of Trustees from 1991 to 2006.

She also served on the board of the MSU Development Fund. Cook was an original member of the Wharton Center Advisory Council; the national chairperson of special gifts for MSU’s $210 million campaign, MSU 2000: Access to Opportunity; and was a campaign co-chair in The Campaign for MSU. In the ongoing  Empower Extraordinary campaign , she serves as campaign co-chair.

Byron Cook is co-founder of Cook Investments and Southwestern Oil Co. He is a 1954 graduate of the College of Natural Science and received a law degree from the University of Michigan.

The expansion and renovation of College of Music facilities, which received an “approval to plan” resolution from the MSU Board of Trustees in June, will provide state-of-the-art performance and rehearsal spaces for large and small music ensembles, as well as studio teaching and audio technology spaces and rooms for individual practice. The college serves more than 2,000 students working toward music degrees or participating in ensembles and classes.

To date, nearly $9 million has been raised toward a $17.5 million fundraising goal for the building project.

“Byron and Dee Cook are true MSU ambassadors: They care for every corner of this great university,” said James Forger, dean of the College of Music. “Their passion for moving the potential of the College of Music to the next level in our community, in the state and nation, and on an international level has made a profound difference for our students, faculty and staff and for the next generations who will follow. Their leadership cannot be underestimated.”