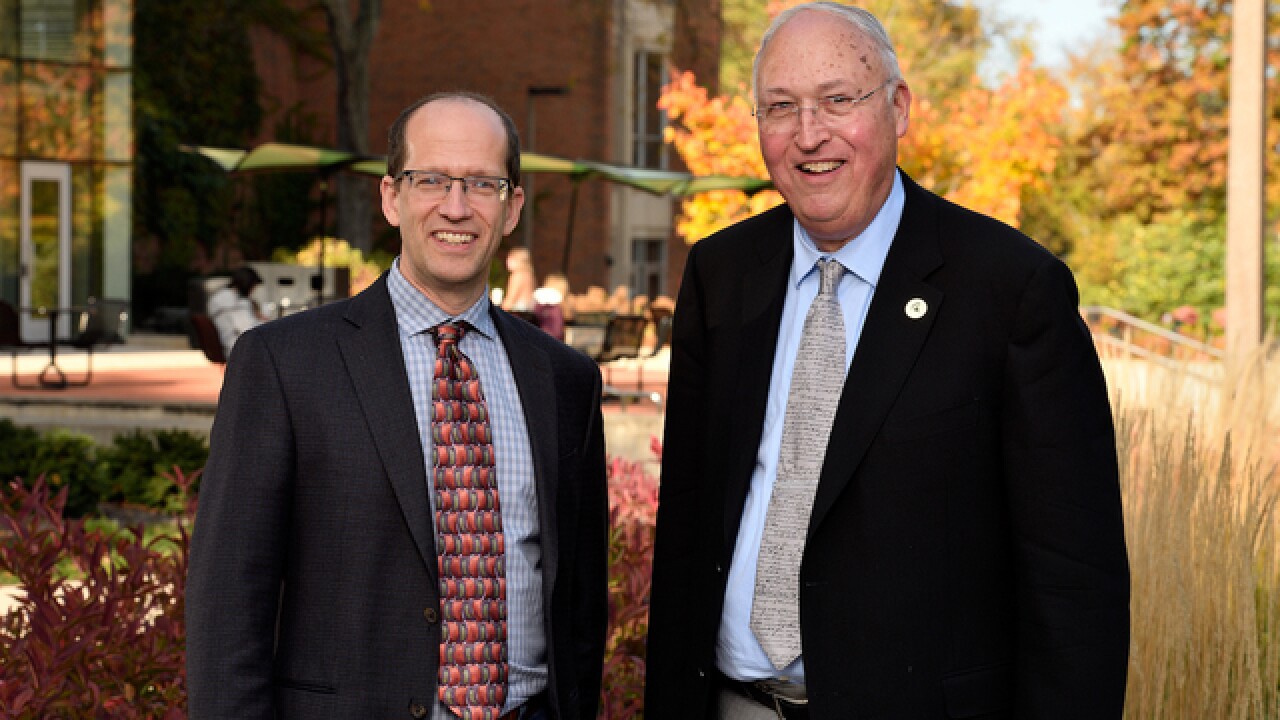 Van Haften, a 1970 alumnus with an undergraduate and master’s degree in mathematics, co-authored “Abraham Lincoln and the Structure of Reason” with fellow MSU 1970 alumnus and attorney David Hirsch. Their work outlines how Lincoln structured his persuasive speeches and letters using the same elements of deductive literacy that underlie mathematical proof and attributed to the ancient Greek Euclid.

“Mathematics is important to teaching people how to think logically,” Van Haften said. “A faculty position devoted to deductive literacy will raise awareness throughout MSU and help influence logical thinking in many disciplines. I am happy to play a part in helping MSU to lead in this area.”

“Endowed positions enhance the quality of the faculty and support a culture of excellence that today’s challenges demand,” said MSU President Lou Anna K. Simon. “We are grateful to Daniel Van Haften for making this significant investment that will sustain and elevate MSU’s reputation as a global knowledge leader, now and far into the future.”

Van Haften, who also holds a PhD in electrical engineering from Stevens Institute of Technology, retired from Alcatel-Lucent in 2007. During his career at Bell Laboratories, AT&T, Lucent and Alcatel-Lucent, he worked on developing and testing large telecommunication systems.

The professorship will be named the Van Haften Endowed Professorship to honor Van Haften’s parents, the late James and Esther Van Haften. Dan’s parents set a lifelong example of support for learning. James was a 1945 MSU graduate in mechanical engineering. Esther was a school teacher.

“This endowment will help us recruit a top-notch, up-and-coming mathematician who will attract other excellent faculty and bright students,” said Keith Promislow, mathematics department chairperson. “We are profoundly thankful to Daniel Van Haften for advancing the impact of mathematics in such an important way.”