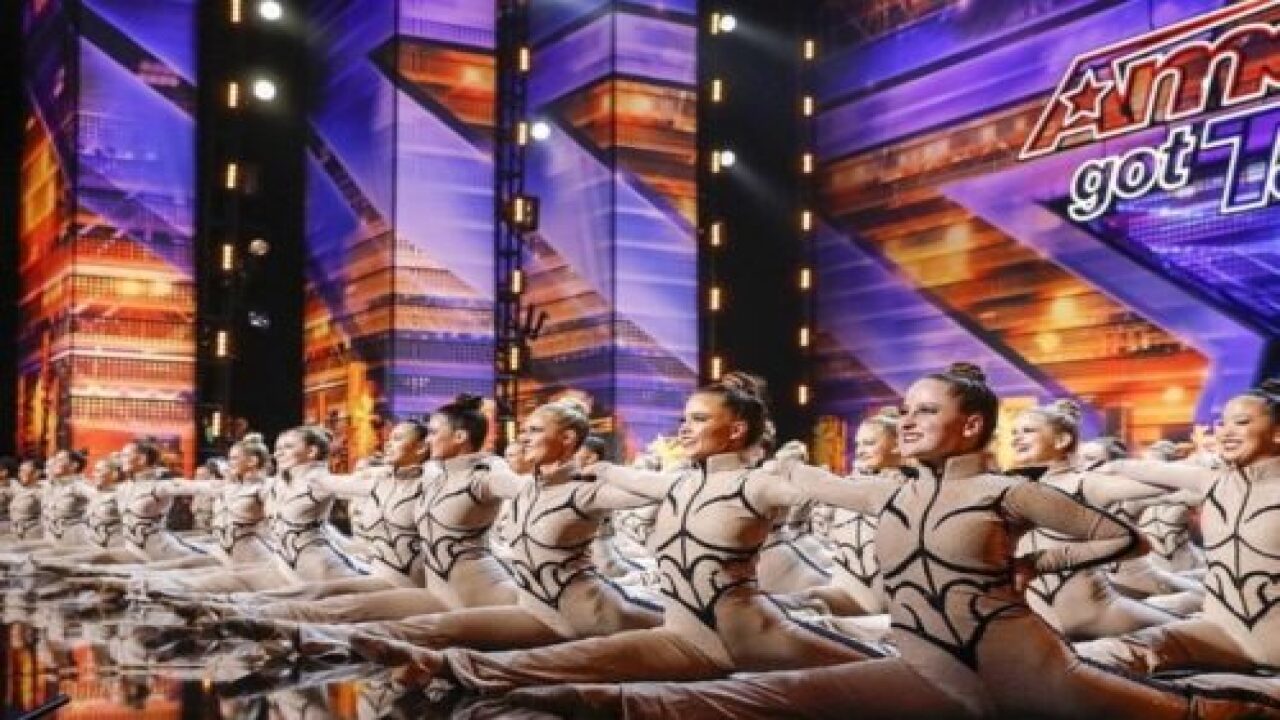 The routine starts out strong and stays there. First, a sea of young women, spaced out in the shape of an inverted triangle, heave themselves up into shoulder stands, row by row by row, while a lone dancer, standing in the center, slowly rotates on one foot, her other leg pulled all the way up to her face. The music builds, the troupe members roll to one side and move seamlessly into downward dog. And then they are somehow on their feet, high kicking their hearts out to Daft Punk’s “Around the World.”

It only gets more exciting from there.

A video of The Emerald Belles Drill Team, a high-kicking dance troupe from Texas, has been making the rounds lately. Even though the video was recorded back in 2018, at the Showmakers of America Dance Competition, the popularity of the video is still going strong.

And it’s no surprise. The routine was astounding, making the troupe an instant viral sensation:

If you haven’t heard of the Emerald Belles yet, they’re a dance team of girls, ages 14-18, from Carroll Senior High School in Southlake, Texas. The size of the troupe fluctuates between about 70 to 100 girls from year to year — all of whom bust their butts at regular early morning practices in order to perfect the team’s signature high kicks and pitch-perfect choreography.

Since their 2018 performance went viral, the troupe has gained national attention, being invited to perform on television shows like “The Kelly Clarkson Show,” on cruise ships and during NBA halftime shows. But perhaps the No. 1 source of their rising profile is their appearance as competitors on Season 14 of “America’s Got Talent.”

After their 2018 performance went viral, producers of the show reached out to the team, suggesting that they might be a good fit for the popular talent competition. The team made it through three rounds on the show before being eliminated … but not before pulling off performances that had audiences gasping:

Each performance is more mesmerizing than the last.

Check out their website for more videos, and to find out where they’re performing next.