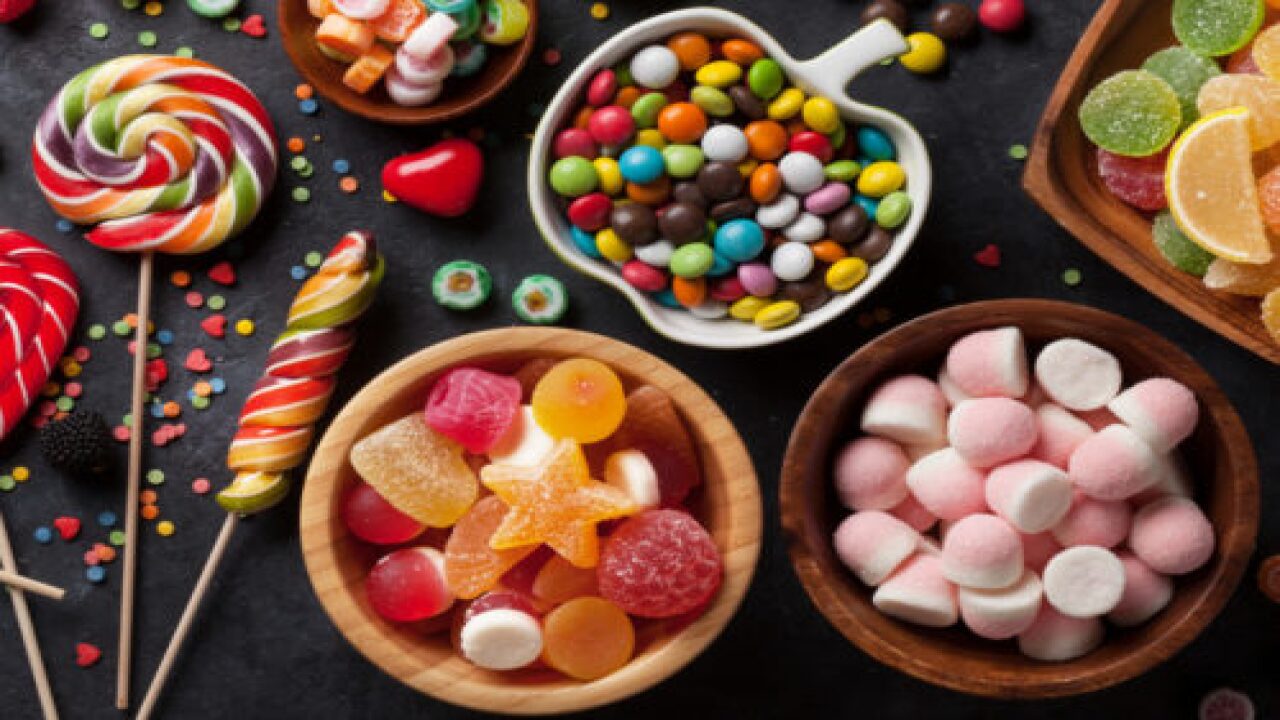 Getting tired of the same candy year after year for Halloween? While the Skittles, M&Ms and Hershey bars never get old for me, if you’re looking to try something different this year, Universal Yums has you covered.

The box comes with 300 candies from six different countries: Colombia, Italy, Ukraine, Thailand, Spain and Greece. You’ll also get a guidebook featuring trivia, recipes and spooky fun facts from each country. The box also doubles as a trick-or-treat serving tray — if you can bear to give any of it away, that is.

You can purchase the box from Universal Yums’ website for $39, which is about 13 cents per piece of candy. Shipping is free, and you don’t need to subscribe to the monthly deliveries for this limited-edition box.

I sampled the candy from all six countries and not only had a blast doing so, but it was a serious treat for my taste buds. I’m a pretty picky eater, but surprisingly, I loved all six candies — although I admit some of them gave me pause.

Thailand’s candy seemed like a simple pineapple-flavored hard candy … until I saw it is filled with salt. I pressed on, though, and it was actually pretty good! It didn’t taste like salt, but just had a bit of a salty feeling. According to the book you get with the candy box, if you order fresh pineapple in Thailand, you’ll receive a packet of salt to sprinkle on top, so this candy makes perfect sense.

Ukraine’s creamy toffee candy also sounded like something I might’ve had before — until I saw it was filled with milk. But again, it was surprisingly delicious and creamy (and not filled with actual liquid milk, which is what worried me).

The other candies in the box are grape chews from Columbia that tasted like a sour taffy, chocolate with strawberries and pop rocks from Italy, orange-chocolate toffees from Spain (which tasted like an orange Tootsie Roll) and milk-chocolate wafers from Greece, which are basically Greek Kit-Kats.

I’m torn between Italy and Greece for my favorite. Italy’s chocolate was so creamy and melted in my mouth, leaving the pop rocks behind for a fun surprise, while Greece’s wafer candy tasted like a cookie, and I think I may even like it more than a Kit-Kat (although those are still high on my favorite candy list).

There’s also new candy to try here at home this Halloween. M&Ms has a new Creepy Cocoa Crisp flavor and Original Gummi FunMix has new Halloween packs that have bears, worms, sharks and other fun shapes.

If you’re more into nostalgic candy, Bazooka has a new Halloween-themed 22-count pack of Ring Pops. Each pop is individually wrapped in fun flavors like strawberry, blue raspberry and new Purpleberry Punch.

And the new Zombie Skittles look just like normal Skittles but include a “rotten zombie” flavor. Yum…? Each pack has a mixture of berry-flavored Skittles and rotten zombies, so you won’t know what you’re getting until you eat it!

So, who’s ready to try some new candy this Halloween?