US without Ertz against Sweden because of hip contusion 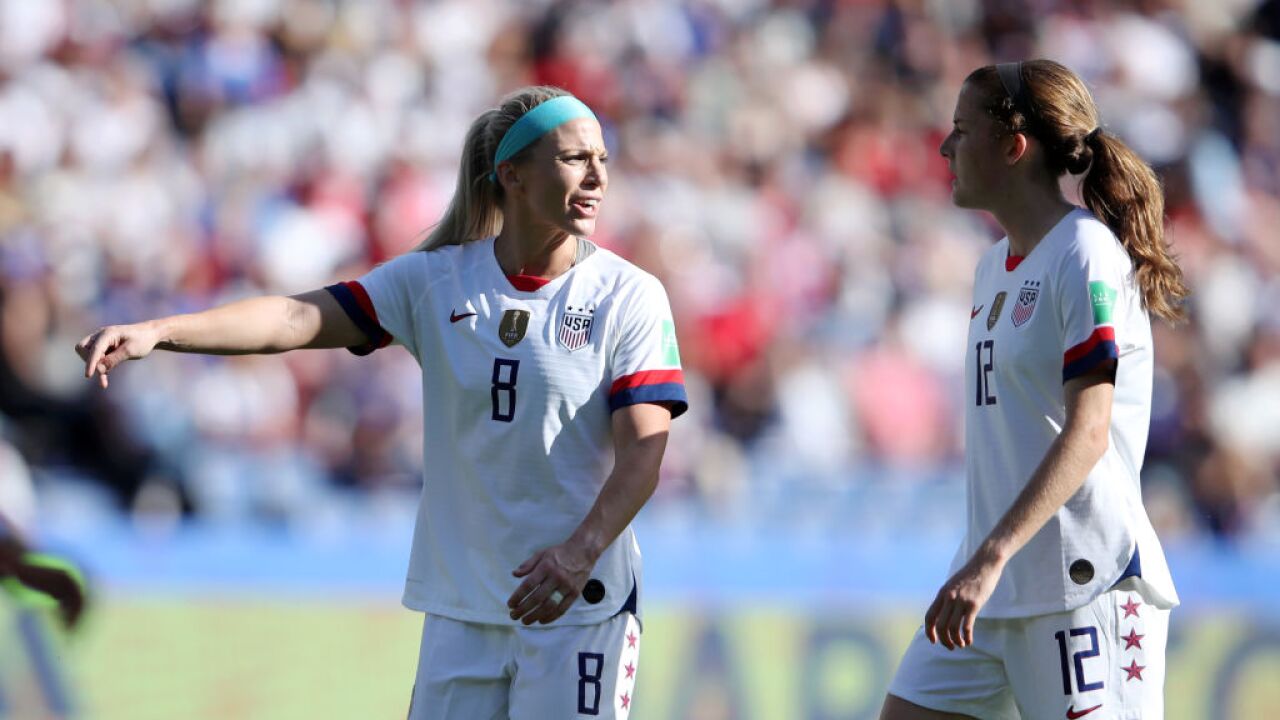 LE HAVRE, France (AP) — Julie Ertz was not in the lineup for the U.S. national team's match against Sweden on Thursday night because of a hip contusion.

The defensive midfielder started and scored her first World Cup goal in the team's 3-0 victory over Chile on Sunday. U.S. Soccer did not reveal how or when she was injured.

Ertz also started in the team's tournament-opening 13-0 victory over Thailand, falling back to the defensive line because center back Becky Sauerbrunn sat out with a minor injury.

Ertz was one of just four players who started in both U.S. games.

Ertz played on the U.S. team that won the World Cup in Canada four years ago. She had a more defensive role on that team. She has since shifted to midfield as the U.S. seeks its fourth overall World Cup title.