Sweden with chance to take out another big name: Germany 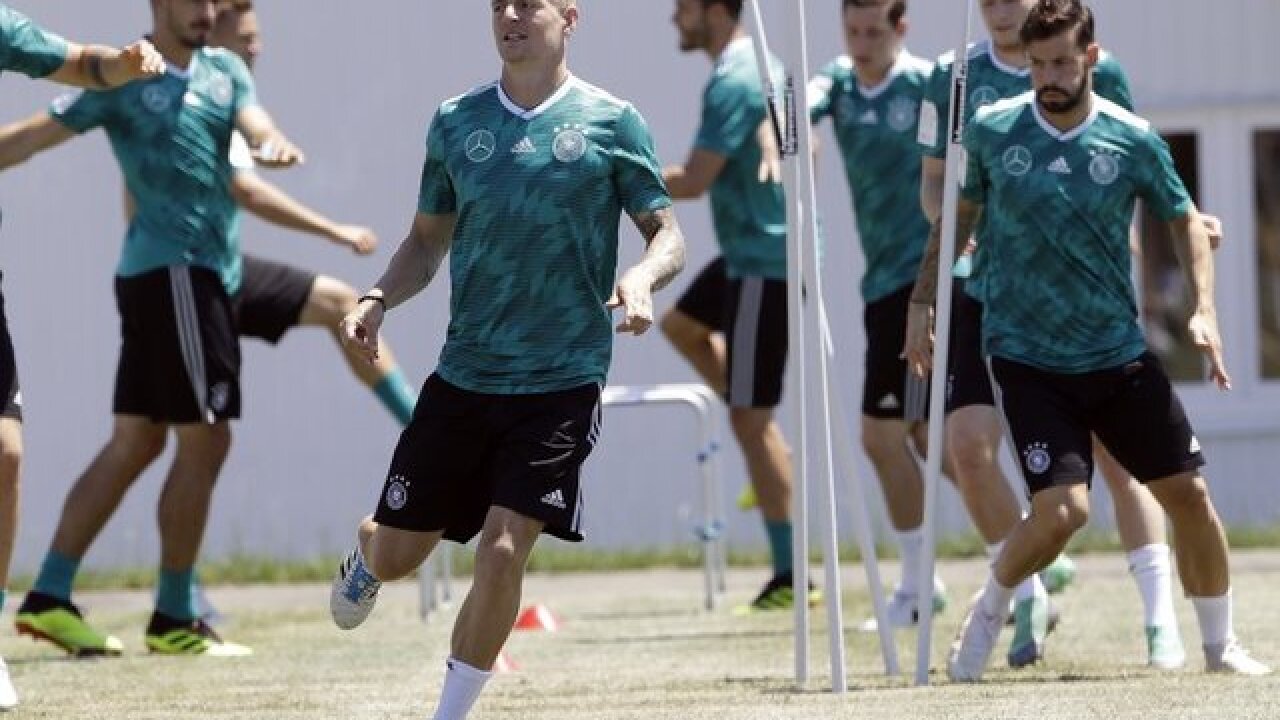 Sweden outlasted the Netherlands to advance in World Cup qualifying. When the Swedes got to the European playoff round and a chance to reach Russia, they methodically eliminated past champion Italy over two games.

At this point, why not knock out another high-profile team — and the pre-tournament favorite at that?

The opportunity sits in front of Sweden on Saturday night to send an unexpected tremor through the World Cup. A win over Germany could possibly help end the reign of Die Mannschaft as world champions. If that were to happen, it would be the second consecutive World Cup where the defending champion has been knocked out of contention before the knockout stage.

It’s a big task for the Swedes. But a win would likely clinch their place in the round of 16 in their return to the World Cup for the first time since 2006.

“We need to dare to do even more,” Sweden coach Janne Andersson said after beating South Korea 1-0 in its opener.

Sweden will find a wounded Germany lineup trying to rebound from a 1-0 loss to Mexico in the opener where it was thoroughly outplayed. It was the first time since 1982 that a German team lost its opening match at the World Cup. And immediately questions followed about the state of the squad.

What stood out in the loss to Mexico was Germany’s susceptibility to the counter attack and the number of scoring opportunities allowed.

“Against Sweden it will be a different setup. Sweden has different strengths and weaknesses compared to Mexico,” Germany’s Thomas Mueller said. “I don’t expect them to be as fantastically gifted when it comes to transitions as the Mexicans, but having said that they have some players that can hurt us on the offensive.”

This Swedish squad is built on defending and being opportunistic. They lack the flash that would have come with Zlatan Ibrahimovic being involved for another turn. It’s their discipline and defense which led them to finish second ahead of the Netherlands in a difficult UEFA qualifying group. It was being opportunistic that led to the only goal of their two-leg playoff that stunningly eliminated Italy. And it was both those factors which led to a 1-0 win over South Korea in the opener. Sweden’s defense was good enough and made Andreas Granqvist’s penalty in the 65th minute stand up.

Germany is preparing for a well-organized defense that is difficult to break down.

“We expect a total defensive block facing us so we need to play quickly and prevent them from reforming (defensively),” Mueller said.

There’s been significant debate about the role of Marco Reus and whether he should be starting for Germany. Reus entered in the 60th minute against Mexico and Germany’s attack was notably better once he got involved. But Reus has suffered significant injuries the past few seasons, none bigger than a knee injury that caused him to miss more than half of last season with Dortmund.

Reus said his conversations with coach Joachim Loew made it clear he wouldn’t start against Mexico. As for Sweden?

“I really have no say in this. All I can do is make is as hard as possible for them to do without me,” Reus said. “I try and give my all in training, offer myself and do hope of course I’ll be picked in order to help Germany get out of the group.”

Germany and Sweden haven’t met since qualifying for the 2014 World Cup when they were in the same group. The teams played to a 4-4 draw in Berlin, before Germany earned a 5-3 win in Sweden on Oct. 15, 2013.