Salah still appears in discomfort ahead of Russia game 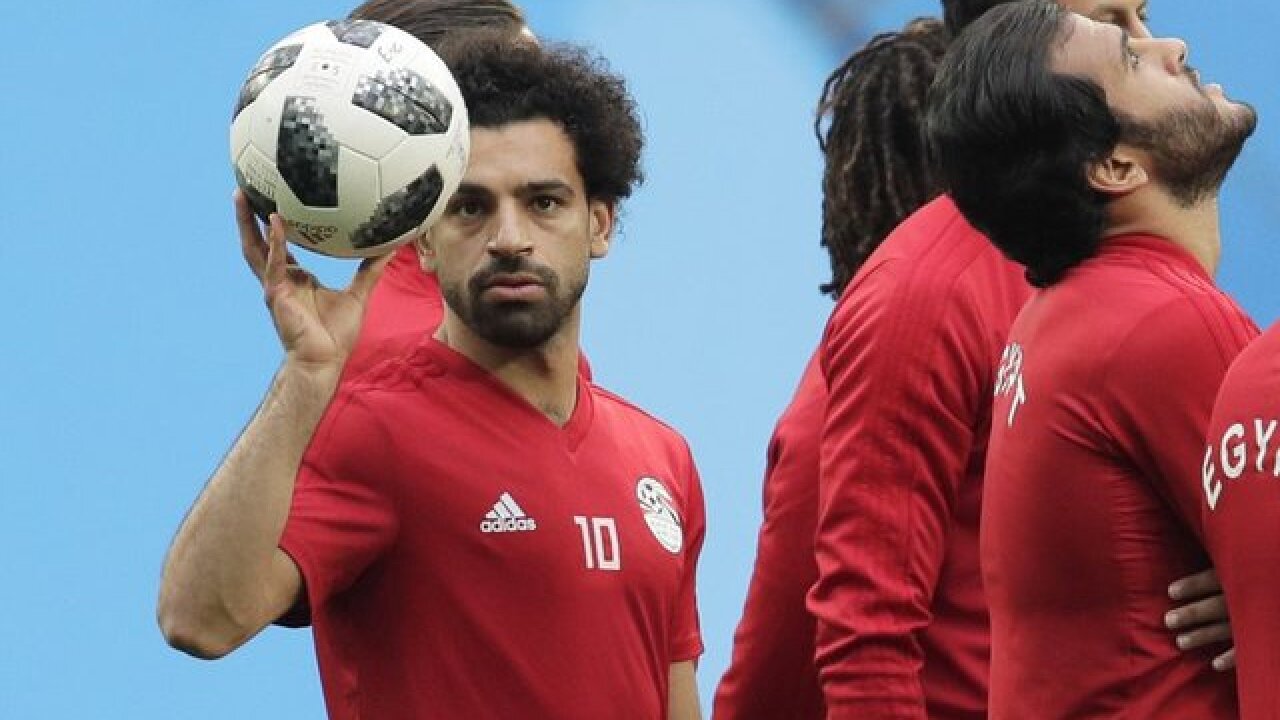 Mohamed Salah showed signs of discomfort with his injured left shoulder while taking part in Egypt’s final training session before the team’s World Cup match against Russia on Tuesday.

Salah didn’t appear to be moving his shoulder fully during upper-body exercises on Monday. Moments earlier, Salah took part in light jogging around the St. Petersburg Stadium field and ran at the back of the group, with one coach gently nudging his left shoulder as the striker dribbled with a ball.

Salah, the Premier League’s player of the season, is recovering from injuring his shoulder while playing for Liverpool in last month’s Champions League final. He was an unused substitute in Egypt’s first group game at the World Cup — a 1-0 loss against Uruguay on Friday.

“I hope he will be fit to play,” Egypt coach Hector Cuper said Monday before training began. “I’m sure he will be able to play.”

Salah has taken part in training the last two days.

“Salah is fit,” Cuper said. “In the previous match against Uruguay, we thought he was fit ... we always carry out a last physical test before we (decide) the lineup.”

Cuper made similar comments about Salah before the game against Uruguay but chose not to either start him or bring him off the bench. Egypt struggled to create much in attack without its star forward.

Playing at its first World Cup since 1990, Egypt would be eliminated after two group games if it loses to Russia and Uruguay beats Saudi Arabia on Wednesday.