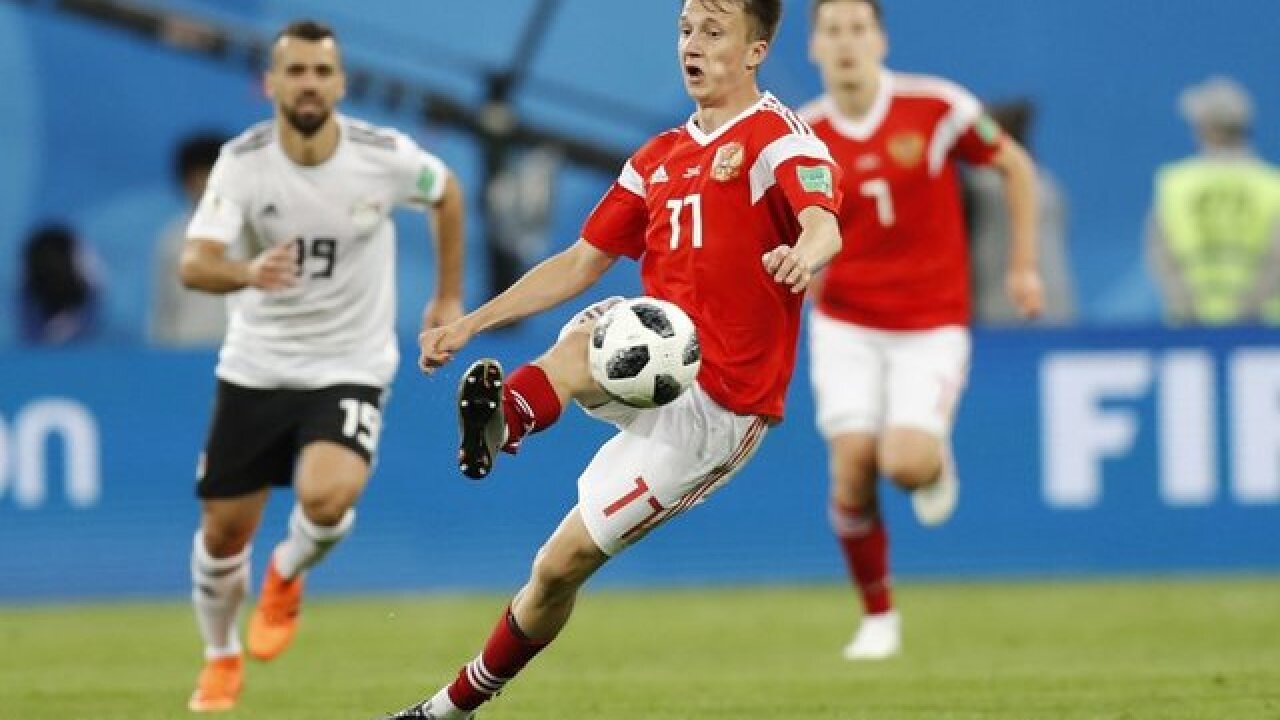 Russia’s success at the World Cup has taken fans by surprise, especially because its players aren’t well known outside of their home nation.

Of the 23 players in the squad, 21 play in the Russian league, where a limit on foreign players drives up wages for locals and discourages them from playing abroad.

Still, Russia’s early success at this tournament could encourage players to once again venture abroad, as the likes of Andrei Arshavin and Roman Pavlyuchenko did after Russia’s run to the European Championship semifinals in 2008.

So who is a bona fide transfer target for foreign clubs, and who’s a flash in the pan? Here’s a look at the Russians who could be heading to a league near you:

The biggest transfer rumors are swirling around the 22-year-old midfielder from CSKA Moscow.

Golovin has been the creative dynamo of Russia’s midfield, setting up two goals and scoring one from a direct free-kick in  the opening 5-0 win over Saudi Arabia.

Over the last few weeks, Russian media outlets have enthusiastically linked him to almost every big club in Europe, with Juventus in Italy mentioned most often.

In an interview over video-link last week, a Russian state TV presenter raved about “the birth of a new Russian star ... he’s shown he’s got character and skill,” Golovin smiled, raised his eyebrows and walked away without saying a word. He later said there’d been a microphone malfunction.

The tall, old-fashioned striker who’s scored twice for Russia so far, Dzyuba could be a prime transfer target thanks to an uneasy relationship with Zenit St. Petersburg management.

He fell out of favor after scoring just once in the fall, then roared back into life on loan at little known Arsenal Tula with six goals from 10 games.

It’s so far unclear what role Dzyuba will have at Zenit under new coach Sergei Semak. He seemed to have broken definitively with the club in April, when he reportedly put up his own money to pay a loan clause allowing him to play for Tula against Zenit and promptly scored a goal which cost Zenit two valuable points in the title race.

Man of the match in both of Russia’s games so far, Cheryshev already plays in Spain. The Villarreal winger has three World Cup goals to his name. Not bad for a man who wasn’t expected to make more than brief substitute appearances.

Raised in Spain, where his father was a youth coach for Real Madrid,  Cheryshev still speaks Russian with a slight Spanish accent. He’s a rare creature in Russian football, a fleet-footed winger with excellent ball technique, and because of that was sometimes seen as a luxury player by Russian coaches. He’s also injury-prone.

There’s no sign Villarreal is planning to sell him, though.

While it may seem odd to highlight two players who have yet to feature at the World Cup, the 22-year-old identical Miranchuk twins could be hot properties soon.

They both won the Russian title with Lokomotiv Moscow this season. The club insists it has no plans to sell, but several Russian media outlets have reported a change among senior management at Lokomotiv, which could conceivably result in a change of policy.

Alexei is a versatile player comfortable on either wing or as a second striker, while Anton plays a deeper central midfield role. Even if neither takes the field at the World Cup, they’re due to make their Champions League debuts with Lokomotiv next season, which could raise their profiles further.