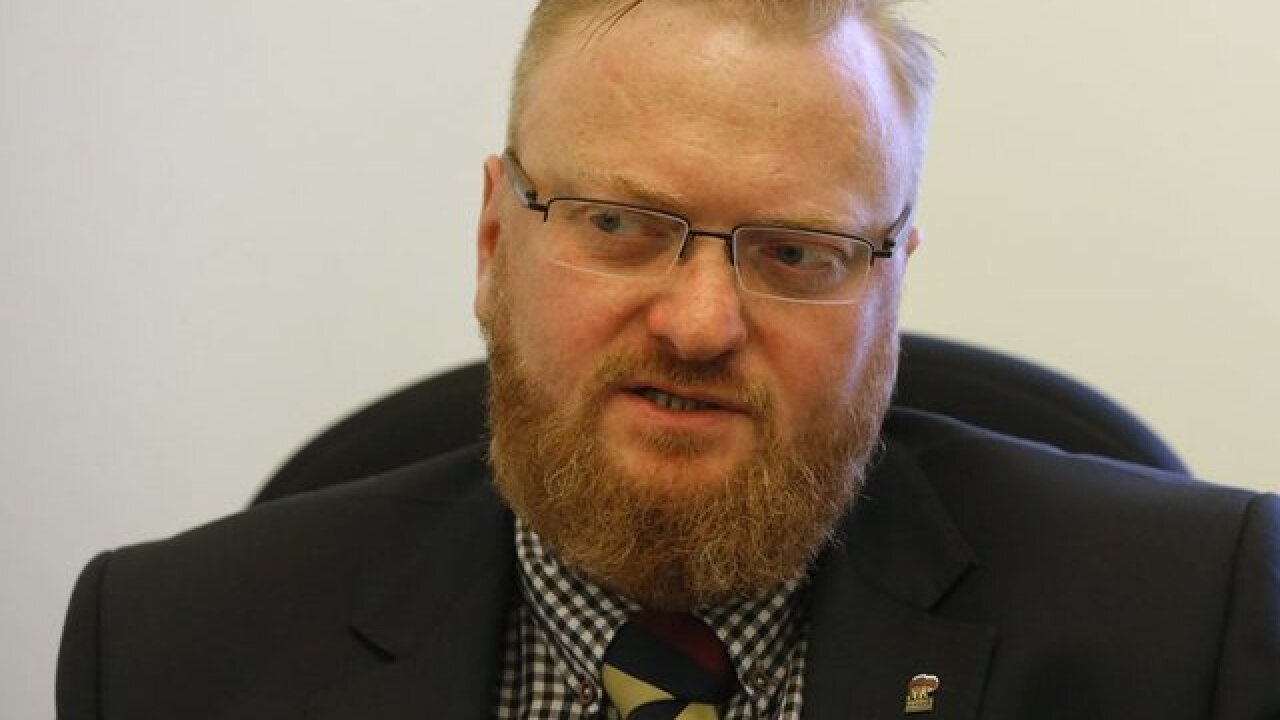 A legislator in Russia says he wants to ban “mockery” of the country’s national soccer team because the players are “fighting for the honor of our country.”

Vitaly Milonov told The Associated Press on Monday that soccer players and their coach should be considered like “our diplomats, our army,” especially during the World Cup that Russia is currently hosting. He said that “this is not just about football. This is about our national identity.”

He’s among lawmakers who drafted a bill imposing a fine of 10,000 rubles ($160) against anyone who criticizes the team. Milonov is best-known as the author of Russia’s law against gay “propaganda” toward minors.

Fans have mixed feelings. Alexander Gruzdev called the move “harmful” to free speech. Teacher Svetlana Rybkina said “no matter what we should support our national team,” though acknowledged it would be hard to enforce.