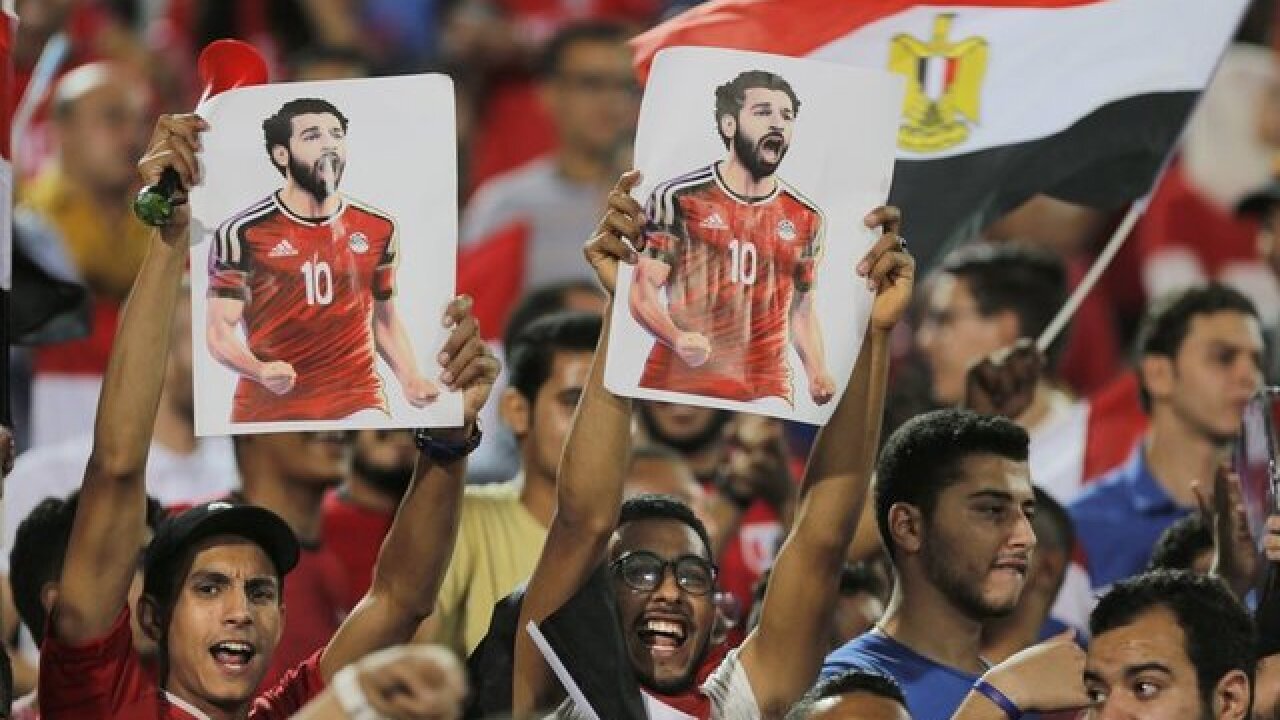 But could the outcome of a crucial World Cup clash between the two nations damage their relations?

Probably not, but as is frequently the case with soccer, Tuesday’s game in St. Petersburg — home to most of the 224 victims of a 2015 Russian plane crash over Egypt — might test these ties given how high the stakes are.

For Egypt, a draw or a win is crucial to keep alive its hopes of advancing from the group after it lost its opening match 1-0 to Uruguay on Friday. A loss would leave the Egyptians with a mathematical chance of survival.

The Russians are in better shape. They thrashed Saudi Arabia 5-0 on Thursday and will be looking for maximum points from the Egypt game, which could ensure progression before their final group game against Uruguay on June 25.

The Russians, the lowest FIFA ranked team in the 32-nation tournament, will be riding high from being on home territory and will want to prove that their emphatic win over the Saudis wasn’t a fluke. The Egyptians, on the other hand, will be striving not to lose two consecutive games in their first World Cup campaign in 28 years and disappoint millions of fans at home.

Thousands of Egyptian fans, some flying to St. Petersburg on private jets, are expected to be at the stadium Tuesday rubbing shoulders with Russian fans.

But Egypt’s social media users and influential talk show anchors are notorious for harming their country’s relations with foreign nations, including close allies and major economic benefactors. Their narratives, which sometimes disagree with government policy but often reflect popular sentiment, include abuse and unsubstantiated accusations.

Russia itself came close to being targeted when Egyptian officials, impatient to see Russian tourists back, said they were vexed by what they saw as Russia’s unexplained delays in lifting a flight ban imposed after the 2015 crash. Moscow lifted the ban in April and says it will later this year end the suspension of flights to Sharm el-Sheikh, the Egyptian Red Sea resort from which the doomed flight took off shortly before it crashed.

So, any sign of unsportsmanlike conduct by the Russians, like a rough tackle, faking injury or diving in the box, would likely be pounced upon and blown out of proportion as has been the case in the past. For example, Egypt was gripped last month by anger and hate speech directed at Real Madrid defender Sergio Ramos after Liverpool and Egypt striker Mohamed Salah was injured in a challenge with him during the Champions League final in Kiev.

Salah’s shoulder injury meant he was an unused substitute for Egypt in the Uruguay match, but the Egyptian is widely expected to start the match against Russia.

Neither Egyptian President Abdel-Fattah el-Sissi nor Russian counterpart Vladimir Putin will be at the St. Petersburg Stadium to watch the match. Putin is scheduled to be in Minsk, Belarus, according to his spokesman, Dimitry Peskov. El-Sissi’s government just lifted state subsidies for fuel, drinking water and electricity, a move that has deepened discontent among Egyptians but didn’t spark street protests.

Putin and el-Sissi have developed a personal rapport since Egypt’s general-turned-president took office in 2014. That relationship has been the driving force behind the two countries’ close ties, which are partially due to Cairo’s multibillion dollar purchases of Russian arms, the selection of a Russian company to build Egypt’s first nuclear power station and Moscow’s desire to expand its foothold in the Middle East.

El-Sissi and Putin share a background in intelligence and a near disdain for Western-style democracy, and both concentrate real power in their hands. Security is also high on the agenda of the two men, who show little tolerance for dissent.

Egypt’s ties with Russia date back to the 1950s and 1960s, when Cairo was a close Soviet ally at the height of the Cold War. A 1955 deal to buy Soviet weapons through Czechoslovakia placed Egypt firmly in the Soviet camp despite Cairo’s efforts to remain non-aligned. Moscow later agreed to build a massive hydroelectric dam on the Nile in southern Egypt after the World Bank, reportedly at Washington’s behest, declined to finance the project.

Egypt changed sides in the 1970s under then President Anwar Sadat, who replaced Moscow with Washington as his country’s chief economic and military backer following the signing of a U.S.-sponsored peace treaty with Israel in 1979.