Parris overcomes nerves to lead England to win against Scots 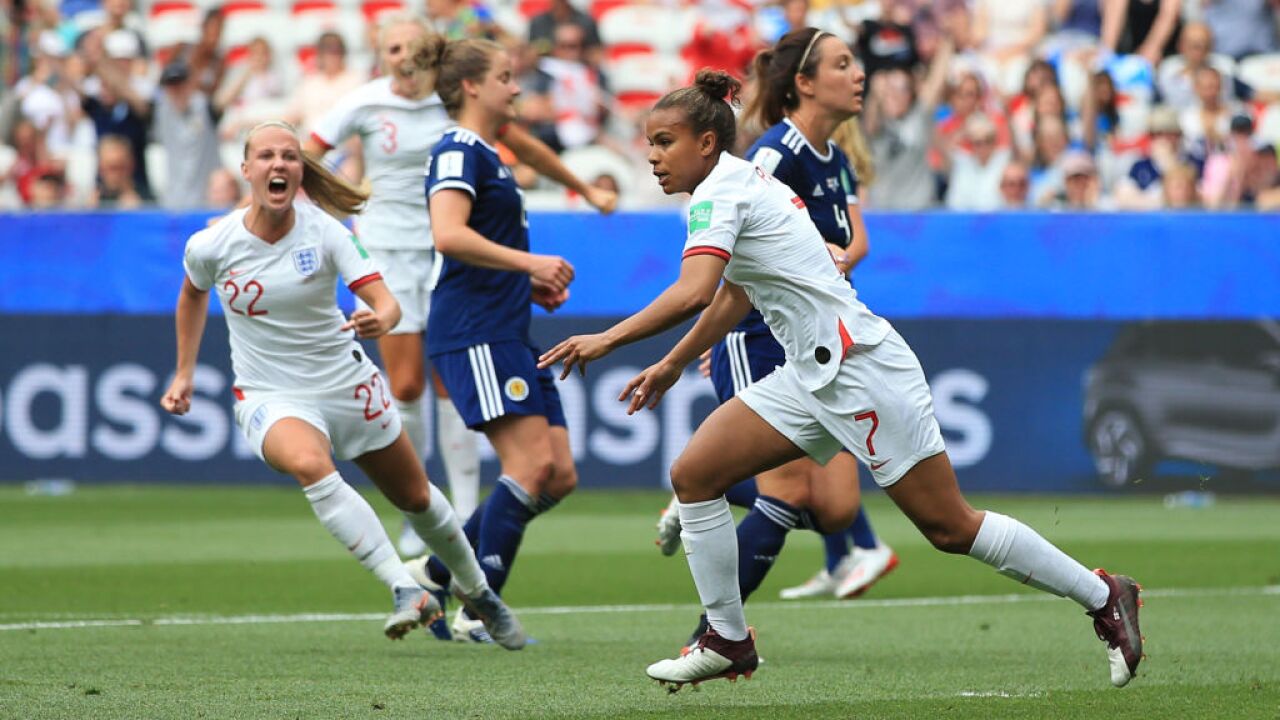 NICE, France (AP) — Sitting in her hotel on the French Riviera on the eve of her World Cup debut, England forward Nikita Parris suddenly felt an unexpected twinge of nerves.

"I'm not going to lie to you," Parris said. "I said to Abbie (McManus), my roommate, 'I've got butterflies.' I hadn't experienced it before."

"And they had gone," she said.

That was clear 14 minutes into her first game on soccer's biggest stage Sunday when Parris set England on its way to a 2-1 victory over World Cup newcomer Scotland in its opening game in Group D on Sunday.

"The atmosphere is there to intimidate you," Parris said. "The more atmosphere I get in my body, the more passionate I am about putting the ball in the back of the net."

England did that again but Ellen White's shot was ruled out for an offside when she was already celebrating.

But she was putting her hands back to her eyes again in the 40th minute — imitating the celebration of former Nice player Anthony Modeste. After Fran Kirby won a 50-50 ball with Rachel Corsie, the ball was released for White to curl into the net.

"We were only 2-0 at halftime," Parris said, "and then we came out too complacent."

There was no repeat of England's 6-0 rout of its neighbor at the European Championship two years ago.

But Scotland ensured it was a nervy end for England coach Phil Neville's side after Claire Emslie pulled one back in the 79th. The 20th-ranked Scots couldn't produce an equalizer against No. 3 England in Group D, which also features Japan and Argentina.

"I suppose the disappointment leaving the game," Neville said, "and it's the standards that we have set — is that in the second half we need to keep the ball better. So we have to keep driving those standards, we have to keep being ruthless. But it's good to get the first game out of the way."

Despite FIFA's attempts to talk up ticket sales at the World Cup, the stadium in Nice was only about a third full with the attendance given as 13,188.

"If the fans don't come out, they are missing out," said Parris, who collected an English player of the year award last month but will playing in France next season with Lyon after leaving Manchester City.