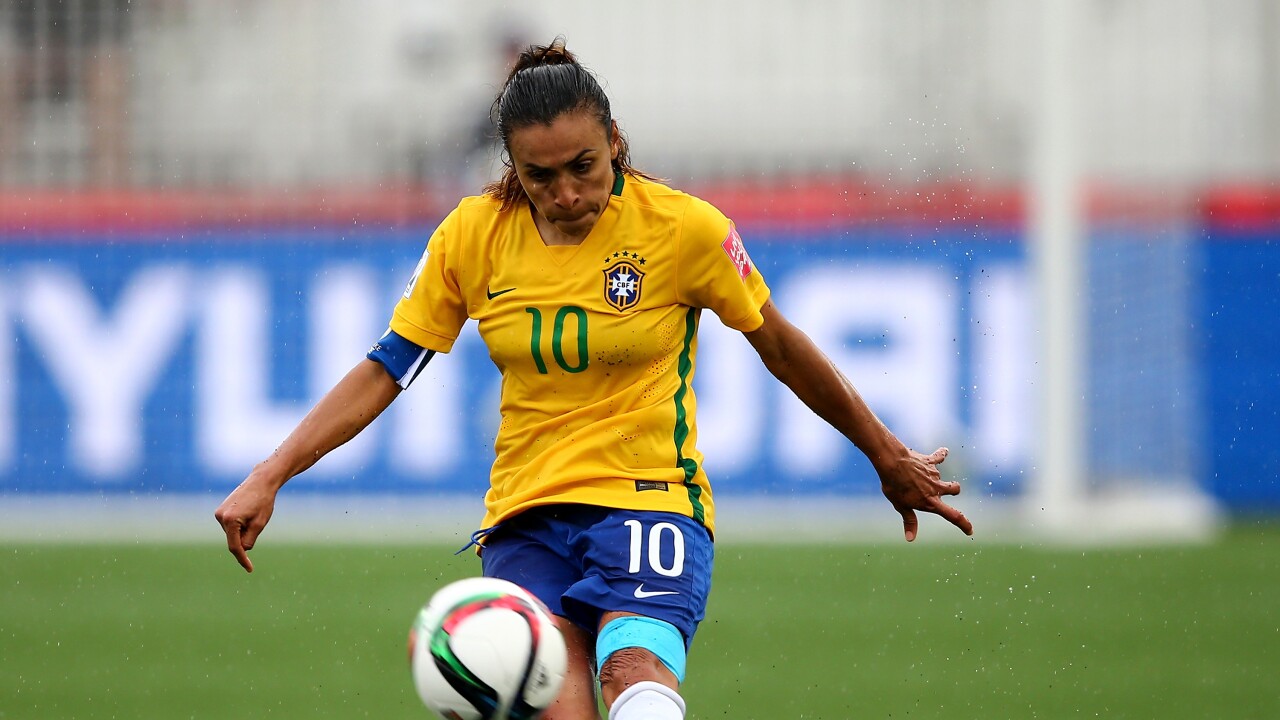 Elsa/Getty Images
MONCTON, NB - JUNE 21: Marta #10 of Brazil passes the ball in the second half against Australia during the FIFA Women's World Cup 2015 round of 16 match between Brazil and Australia at Moncton Stadium on June 21, 2015 in Moncton, Canada. (Photo by Elsa/Getty Images)

RIO DE JANEIRO (AP) — Six-time world player of the year Marta and the unretired Formiga will spearhead Brazil in the Women's World Cup in France, probably for the last time in their careers.

"Marta is still Marta, and she could make the difference in this World Cup," he said.

Formiga, the 41-year-old midfielder, will play a record seventh World Cup despite announcing her retirement in 2016 after the Rio de Janeiro Olympic Games.

Veteran goalkeeper Barbara, who was also called up, said it could be the final chance for the squad's older players to finally lift the trophy.

"We are aware this should be the last World Cup for several athletes, me, Marta, Cristiane, Formiga," Barbara told TV Globo. "We believe we have this World Cup and the Olympic Games. Then our cycle ends. Marta said she would give it all to Brazil while she has the strength and asked our help to be the Marta we know."

Brazil is in Group C with Australia, Italy, and Jamaica. The Selecao opens against Jamaica on June 9 in Grenoble.

At Thursday's press conference in Rio, coach Vadao made a gaffe by saying Jamaica's play is no different than others of "African style."