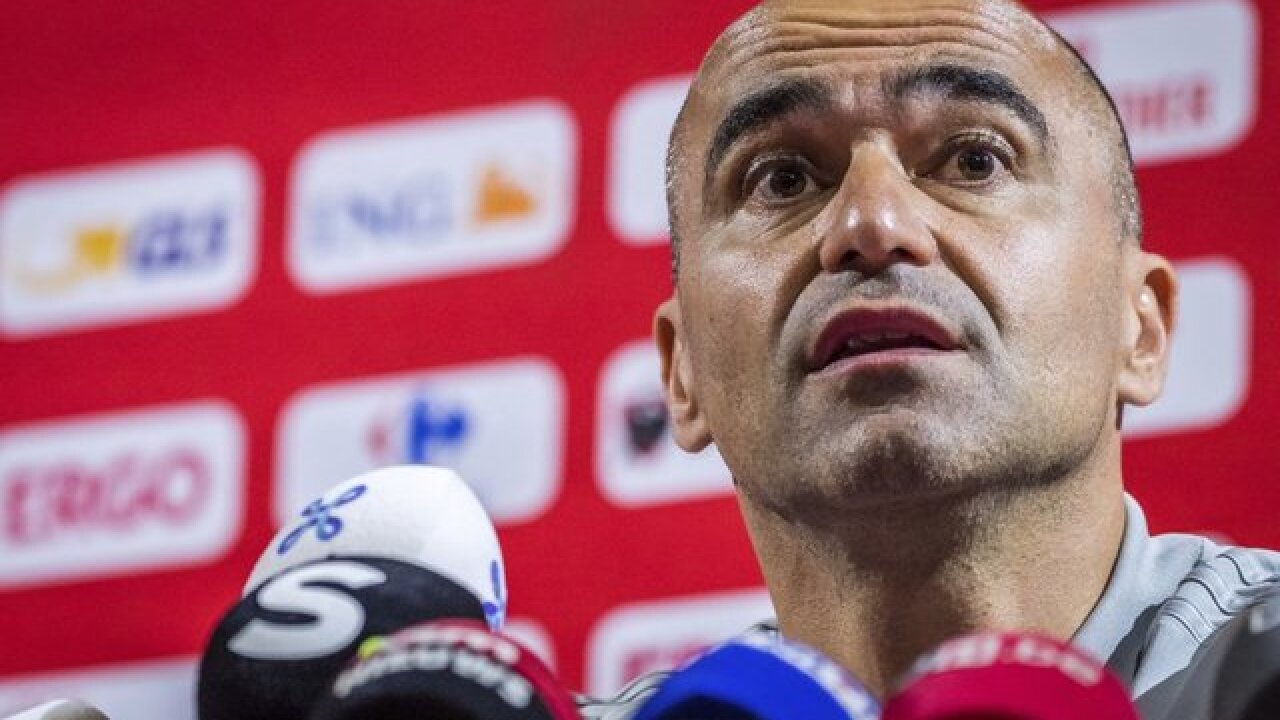 Vincent Kompany was included in Belgium coach Roberto Martinez’s 23-man World Cup squad on Monday despite picking up a groin injury during a friendly over the weekend.

The 32-year-old Manchester City center back, whose career has been blighted by injuries, walked off the field early in the second half of Belgium’s 0-0 draw with Portugal on Saturday without waiting to be substituted after hurting his groin when overstretching in a challenge.

Martinez said he wants to give the influential Kompany as much time as possible to recover, adding that it could be more than a week before the true extent of the injury becomes clear.

“Vinnie Kompany has been a leader, he has been working extremely hard in the camp for the Red Devils,” Martinez said. “He performed in a fantastic manner while he was on the pitch against Portugal so the fresh performance of Vinnie Kompany and his leadership is essential for us.”

Martinez named Los Angeles FC defender Laurent Ciman as a reserve in case Kompany’s injury proves too serious for him to play in Russia.

According to FIFA rules, Martinez can wait until June 17, the day before Belgium’s opening Group G match against Panama in Sochi, to finalize his team.

“If on the 17th of June Vinnie is not fit, he’s not going to go to the World Cup,” the coach said.

While a possibly unfit Kompany made the final cut, at least for now, Christian Benteke did not, with Martinez opting for Romelu Lukaku and Michy Batshuayi as the two main strikers in the squad.

“That’s been the toughest decision, from a football point of view.” Martinez said. “The decision is for the balance of the squad.”

Martinez said he is expecting Adnan Januzaj to play an important attacking role.

“He brings a real talent in one-v.-one situations and we need that,” the coach said.

With the creativity of Januzaj and Eden Hazard alongside the incisive passing game of standout midfielder Kevin De Bruyne, Belgium will be a powerful force going forward.

The injury to Kompany as well as question marks about the match fitness of defender Thomas Vermaelen and Toby Alderweireld, who both had injuries this season, means Belgium’s defense appears more of a worry for Martinez.

He sought to put a positive spin on the injury concerns as his team prepares to head to Russia as one of the pre-tournament favorites.

“We are going to be successful as a team,” Martinez said, “if we can face adversity together.”