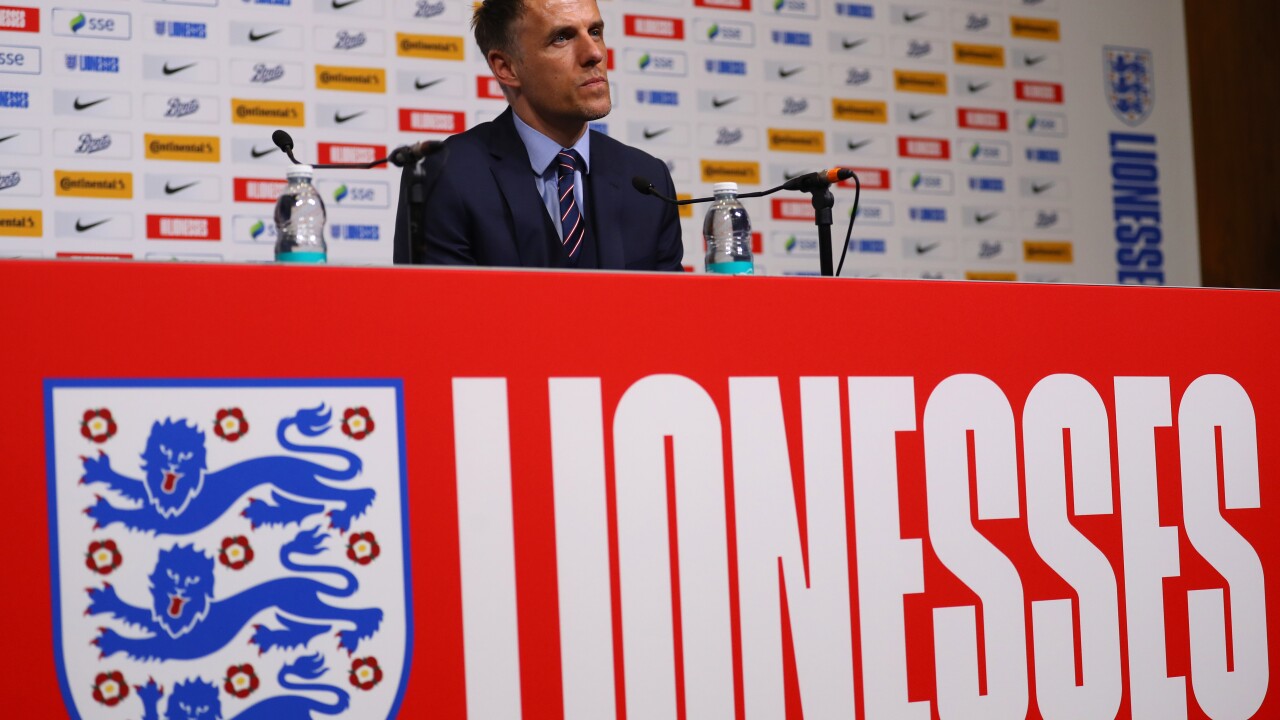 LONDON (AP) — Nikita Parris discovered by email she was going to her first World Cup with England. Everyone else found out from David Beckham the next day.

It caps a whirlwind week and a half for the 25-year-old forward, who was voted young player of the year by her fellow professionals and then picked up the FA Cup for her second trophy of the season with Manchester City.

"Nikita Parris will wear the No. 7 shirt for the Lionesses in this World Cup this summer," Beckham announced in a social media video. "Obviously it's a shirt I wore for many years with pride."

The first was a royal announcement. Prince William, the second in line to the throne, confirmed that "defensive rock" Steph Houghton would be on the plane to France for the June 7-July 7 tournament and her second successive World Cup as captain.

"The countdown is on to a momentous summer of football as our Lionesses head to France to take on the world's best at the Women's World Cup," said the Duke of Cambridge, who is president of the English Football Association. "Today marks an important moment on that journey as the England squad is officially revealed."

The four-hour sequence of videos was part of a strategy to raise the profile of the England players, harnessing the growing interest in women's soccer in the country.

"We tried to keep our players humble over the last 12 months. I think today's the day where you shout from the rooftops."

While midfielder Jill Scott and winger Karen Carney are set to play at their fourth World Cups, one leading name didn't make the cut.

Izzy Christiansen, a midfielder with Lyon, underwent surgery after fracturing a fibula and sustaining ankle ligament during the SheBelieves Cup in early March and wasn't deemed ready to go to France.

"She was devastated, as you can imagine. I don't think I've seen a player work as hard since SheBelieves trying to get fit for a World Cup," Neville said. "She's sacrificed everything in her life to get to this point and she would have been fit to go to a World Cup and the selection for Izzy is purely on the performance of the other players that have taken their opportunities in midfield.

"I think I can look myself in the mirror and say every single one of these players has had opportunities."

England, which finished third at the 2015 World Cup, opens its campaign against Scotland in Nice on June 9.