Coaches of Spain, Iran big fans of each other at World Cup 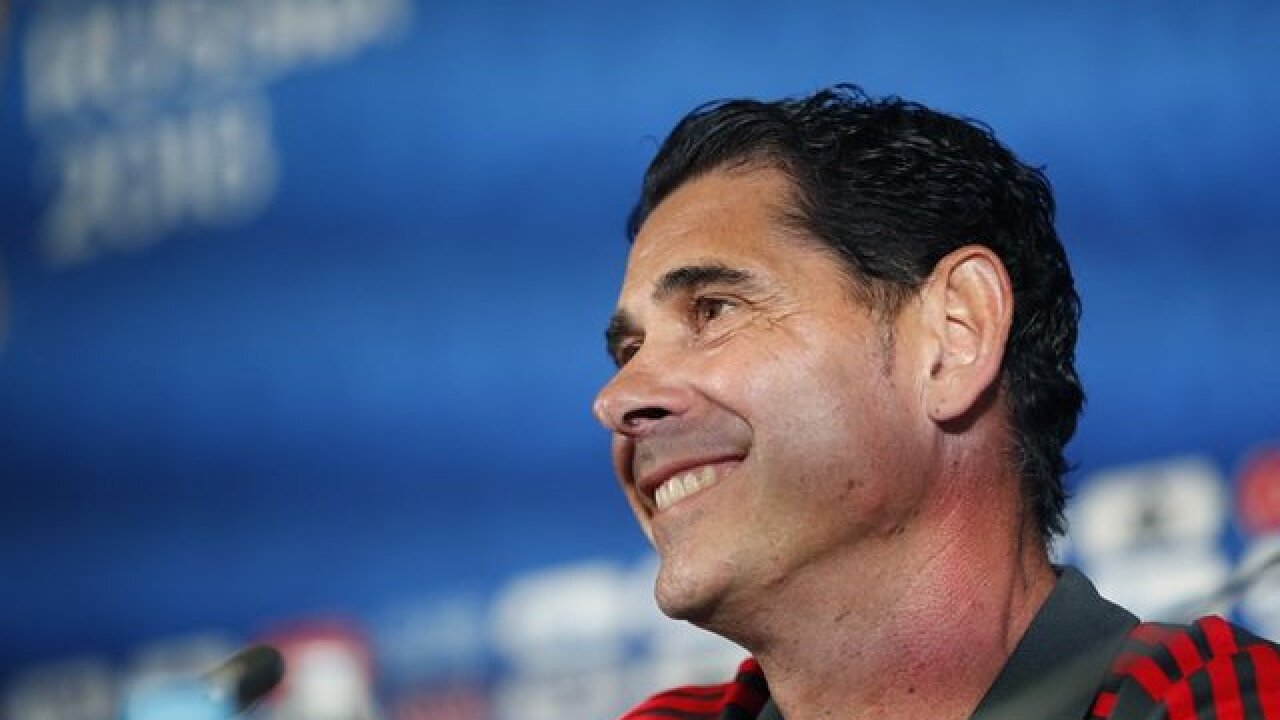 Iran coach Carlos Queiroz was a big fan of Fernando Hierro the player. He believes the former Real Madrid captain has all the qualities to deliver success at the World Cup as Spain’s coach too.

Among Queiroz’s big regrets is having been deprived of the opportunity to coach Hierro during his short stint in the Madrid dugout.

When Queiroz was appointed coach in the Spanish capital in 2003, Real Madrid president Florentino Perez had just released Hierro following 14 seasons with the club.

Queiroz said he tried hard to convince Madrid officials it was a mistake to let Hierro go, but they wouldn’t listen.

“It’s ironic,” Queiroz told a news conference Tuesday, on the eve of Iran’s World Cup match against Spain. “I’ve really tried to have Hierro as a player, and I really thought too much about it. Now he is going to be my opponent. I really admire him.”

Hierro has been hired to lead Spain at the World Cup as a replacement for Julen Lopetegui, who was fired two days before the national team’s opening match in Russia. It’s his first major coaching job.

“I know him quite well. He is a very skilled person. He is the right person to unite the team, a team that could have been divided,” said Queiroz, who rates Spain among the tournament’s favorites. “Picking him as a coach shows how valuable he is.”

Queiroz has proved to be a very valuable asset to Iran. His team qualified for the tournament unbeaten and produced its first win at the World Cup since 1998 with a 1-0 win over Morocco in its opening game. Portugal drew 3-3 with Spain in Group B’s other game, meaning Iran is leading the pack before Wednesday’s match at Kazan Arena.

“Carlos is a wonderful man. It’s always a pleasure to talk with him about football,” Hierro said. “He’s a great coach. The Iran team knows exactly what it wants to do, and it’s not easy to score against them. They are very strong physically and very good from set pieces.”

Facing a complex challenge against the 2010 champions, Queiroz has been urging his players to keep playing with passion to stand a chance against Diego Costa and co.

“We don’t have these players, the super players they have,” Queiroz said. “If there was a magic potion to stop the Spanish team, one millions dollars would not be too much to buy it, even though we do have some financial troubles.”

Confirming that ’keeper David De Gea would start against Iran, Hierro said he wants “a win that would give us an advantage in the group.”

Spain put on a slick and efficient display against Portugal and Hierro is not expected to make major changes to his lineup. Daniel Carvajal is fit again after recovering from a muscular injury he picked up during the Champions League final, though, and Hierro could be tempted to start him in defense.

“Dani is doing well, he has been training with the rest of the team this week. He is available for tomorrow,” Hierro said.

Iran will be without defender Roozbeh Cheshmi, who will miss the remainder of the World Cup after picking up an injury during training.