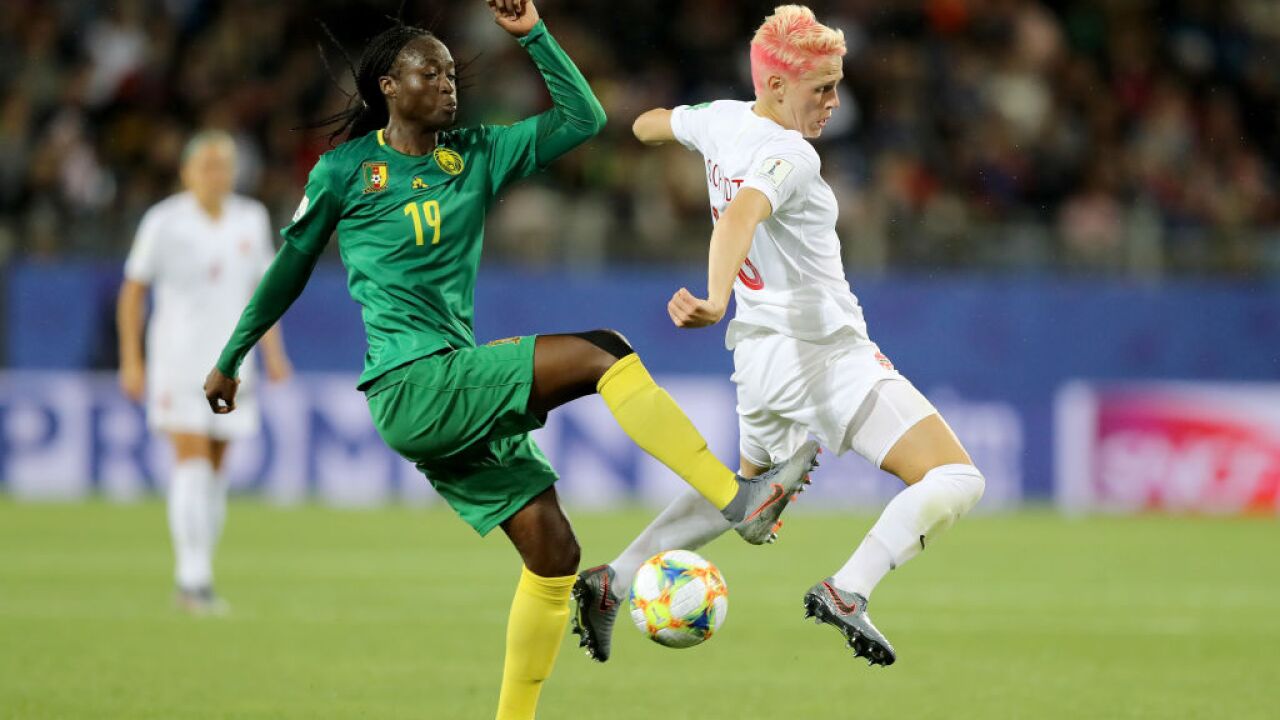 Elsa/Getty Images
MONTPELLIER, FRANCE - JUNE 10: Marlyse Ngo Ndoumbouk #19 of Cameroon and Sophie Schmidt #13 of Canada go after the ball in the second half during the 2019 FIFA Women's World Cup France group E match between Canada and Cameroon at Stade de la Mosson on June 10, 2019 in Montpellier, France. (Photo by Elsa/Getty Images)

MONTPELLIER, France (AP) — Kadeisha Buchanan scored the lone goal at the end of the first half and Canada held on to defeat Cameroon in the Women's World Cup on Monday night.

Buchanan charged into the box on a corner kick and her header bounced into the goal. But all eyes were on her teammate Christine Sinclair, who is four goals away from becoming the sport's all-time international top scorer.

Sinclair sits at 181 goals, trailing only former U.S. forward Abby Wambach, who had 184 goals in international competition to set the record among men and women.

The Canadian captain's free kick was blocked and cleared away in the 51st minute, and she had another good chance in the closing minutes. She had scored in the opening game of each of her previous four World Cup appearances.

Cameroon was a surprise at the 2015 World Cup, advancing out of the group stage before falling to China in the round of 16.