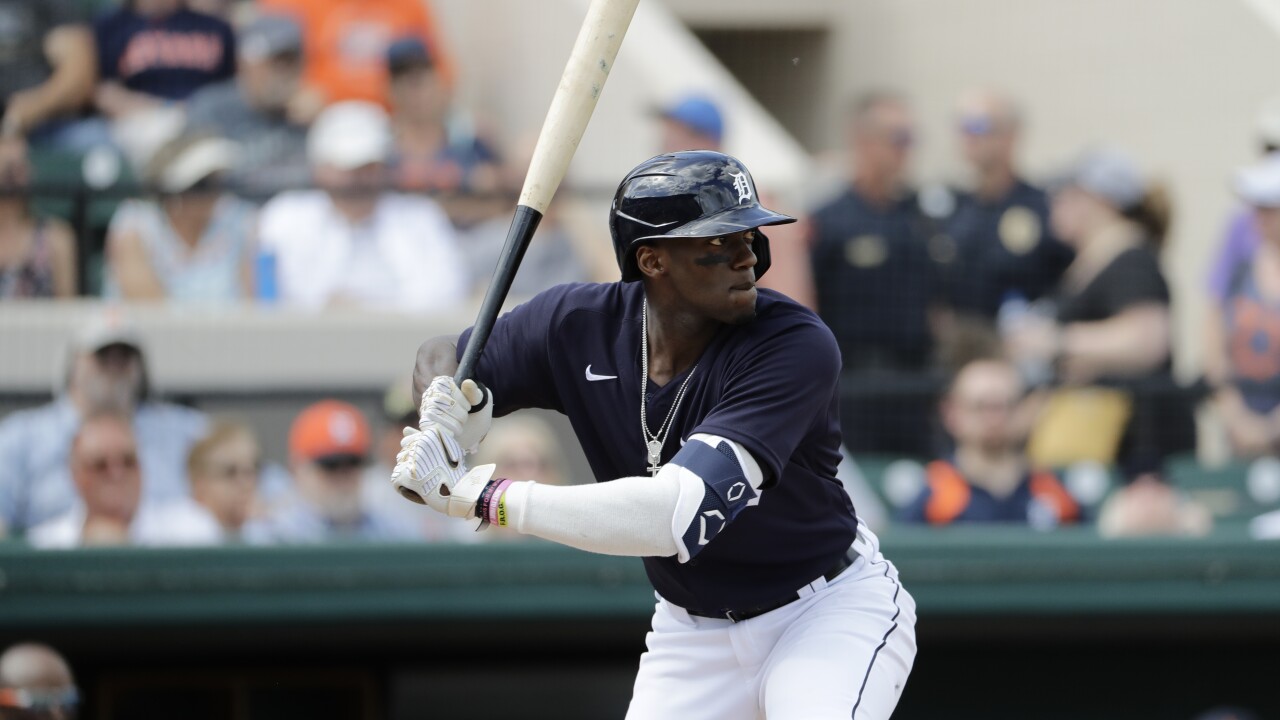 BRADENTON, Fla. (AP) — Jarrod Dyson kept waiting for the phone to ring. As December faded and the hot stove cooled, one thought kept running through the free agent outfielder’s mind.

“You mean to tell me I can’t help nobody win?” said Dyson, who stole 30 bases for Arizona in 2019 before hitting the open market last fall.

Dyson’s won plenty. He offers the World Series ring he earned while playing for the Kansas City Royals in 2015 as proof. He appeared in 130 games at age 34 last season for a Diamondbacks team that hung around the playoff picture until the final week of the season. He’s been part of a rebuilding projects and raucous October celebrations. Now in the final innings of a decade-long career, he wouldn’t mind another shot at a playoff run.

Yet the only palatable job offer Dyson received came from Pittsburgh. The Pirates are in need of a stopgap in center field after dealing Gold Glover Starling Marte to Arizona last month. So Dyson signed for one year and $2 million. Sure he considered holding out for a chance to catch on with a team that’s not hitting reset following a last-place finish in the NL Central in 2019.

He needed a gig. Pittsburgh offered him one that pays a healthy wage. Things could be worse. A lot worse.

“Everybody wants to be with a winning team but at the same time, you’ve got to get in where you fit in,” Dyson said. “I can’t be sitting at home waiting on a playoff team to call me. The Pirates gave me an opportunity, I’m going to take advantage of it.”

Dyson is hardly alone. Scan down (way down in some cases) spring training rosters and you’ll find names that look out of place, All-Stars, postseason heroes and established veterans just trying to stave off the next phase of their lives on teams where expectations (and in most cases, payroll) are modest.

Matt Kemp in Miami . Cameron Maybin in Detroit . Hunter Pence and Pablo Sandoval back in San Francisco, where the Giants are in the midst of a massive youth movement that likely won’t be completed until well after they’re both long gone.

Pence has made more than $125 million during a career that includes winning a pair of World Series with the Giants in 2012 and 2014. That didn’t stop him from spending the offseason giving his eclectic swing a massive overhaul last spring in hopes of finding something better suited for the bat speed of a guy on the back half of his 30s.

“It takes time but it wasn’t necessarily hard,” Pence said. “Because when you’re doing something you love to do a labor of love is no labor at all. I’m having a blast. It was a joy.”

At least Pence has a guaranteed roster spot. Sandoval and Kemp not so much. Both players headed to their respective camps as non-roster invitees, baseball code for “show us you’ve still got it.” Kemp, a three-time All-Star, insists he still does. If it has to be with the perennially irrelevant Marlins, so be it.

The 35-year-old Kemp believes he’s still got at least three or four more seasons left. The addition of a 26th roster spot this season may turn out to be the lifeline players of his generation need. In a league that’s getting ever younger, having one slot slated for someone with an impressive resume and the consummate swag that goes with it could prove to be valuable.

“We need leadership with our young guys,” said Marlins manager Don Mattingly, whose relationship with Kemp dates to 2008, when both were with the Los Angeles Dodgers. “Matt was second in the MVP (in 2011). A lot of us thought he should have won the MVP that year. He was one of the top players in the game, maybe a bag away from being a 40 (home run)-40 (steal) guy. Matt has done a lot of things in the game. That’s one of the things he brings to the table.”

None of that will matter, however, unless Kemp rakes this spring. For a player with 12 years service time who is financially set for the rest of his life, catching on with a team that struggles to bring fans to the ballpark and win in equal measure might seem like an unnecessary hassle. In a way, though, Kemp figures he’s just paying it forward.

When he broke into the league in 2007, veterans like Juan Pierre, Marlon Anderson, Tori Hunter and Junior Spivey showed him the ropes. They shaped him into a star. He’s here to do the same.

“Its just you wanting to help younger guys be their best selves,” Kemp said. “That’s going to be my job.”

One the well-traveled Maybin will be doing during his third stint with the Tigers. He’s played for eight teams across 13 seasons and seen just about everything. He was part of the now infamous Houston team that won it all in 2017. Four months ago, he was in the playoffs with the New York Yankees as they came within one game of a trip to the World Series. The near miss stoked the fire to keep pushing.

Detroit isn’t New York. And the $1.5 million salary — which could rise to more than $2 million with performance bonuses — isn’t near the $9 million he made in 2017. Such are certain economic realities that exist for players in their 30s that didn’t a half generation ago.

While Dyson, Kemp and Maybin and others may still be able to make an impact, are they three or four times more valuable than a decade younger still on their rookie deal? To teams on a budget, maybe not. It’s a reality that hit Dyson as he sat home relentlessly checking his phone.

“The game is tough right now, especially for older guys,” Dyson said. “We’ve got to be solid out there. You’ve got to stand out. Other than that you’re going to find it difficult to get a job. We’re going to grind to stay in uniform.”

And teach while they do it. Maybin understands what it’s like to be a rising prospect on a team spinning its wheels. He’s hopeful he can help this group of Tigers avoid the mistakes he made.

“(When you’re young) you want to go out there and do well for yourself and make a name for yourself,” Maybin said. “But I’ve realized that for me, in my situation, being a guy who’s had to work, the success comes from having to fail a little bit. Having to grow through it, it makes it a little bit sweeter. Hopefully, I can share some of that.”

And who knows? Maybe the old guys get hot. Maybe they stay healthy. Maybe their impact in the clubhouse they’re currently in helps set the stage for an improbable run. Or maybe they find themselves dealt to a contender over the summer. Their passion for the game — and let’s be honest, a paycheck they likely won’t be able to replicate once they move on — overrides any sense of ego.

“It’s kind of messed up, the direction it’s going,” Dyson said. “But you’ve got to wear it on the chin bro, keep your head up, go out there and continue to play.”