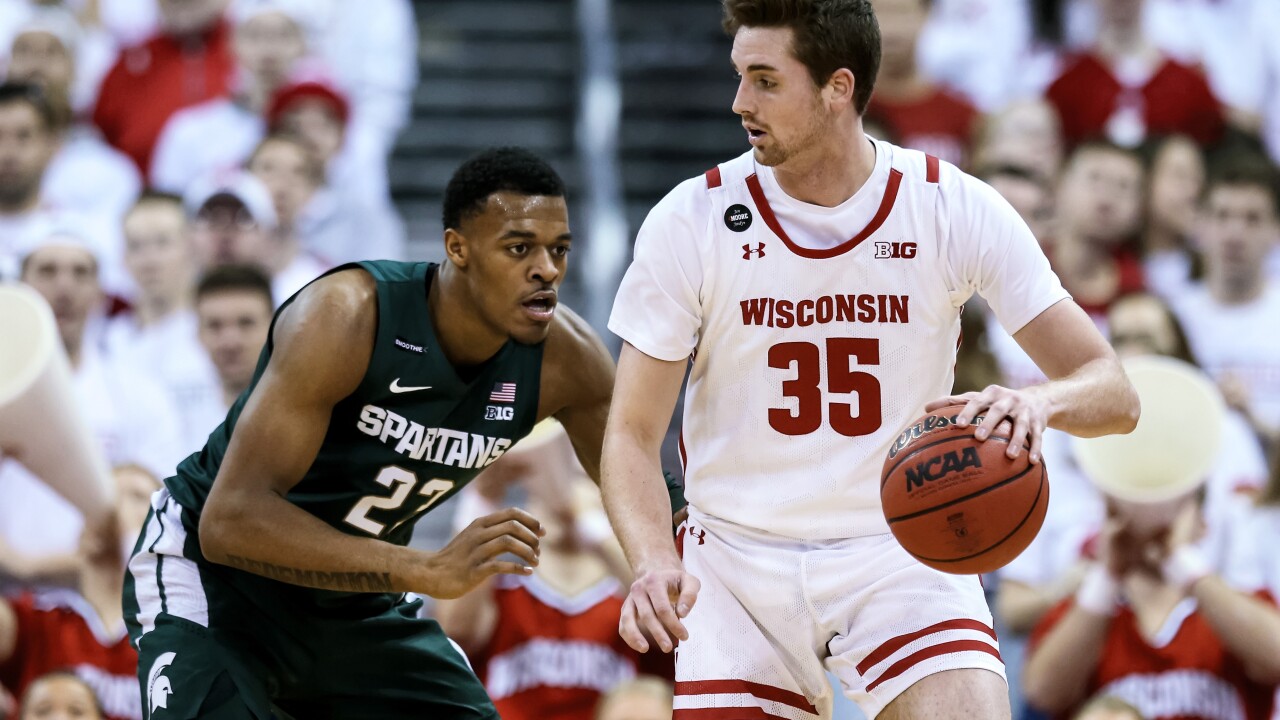 Wisconsin earned the victory despite missing guard Brad Davison because of a suspension. The Badgers also lost Kobe King, the team’s second-leading scorer, when he announced this week that he intended to transfer.

Trice had six rebounds and five assists for the Badgers, who snapped a two-game losing streak.

Cassius Winston scored a game-high 23 points and Rocket Watts had 16 for Michigan State (16-6, 8-3), which has lost three of its last four Big Ten road games.

The Spartans fought back after a sluggish first half with a 17-2 run. Winston scored seven points during that second-half stretch. The standout guard’s jumper with 11:22 to go pulled Michigan State within three points at 50-47

Davison, who had 21 starts this season, did not play due to a suspension for a flagrant foul he committed late in the Badgers’ loss at Iowa.

Michigan State: Foster Loyer came off the bench and made back-to-back jumpers to the help the Spartans dig out of their first-half hole.

Wisconsin: The Badgers will get a boost when Davison returns from his one-game suspension. In 21 starts, Davison has averaged 8.8 points per game. He shoots 88.6% from the free throw line, which is the second-best mark on the team.

Michigan State hosts Penn State on Tuesday night in the first of two regular-season games between the teams.