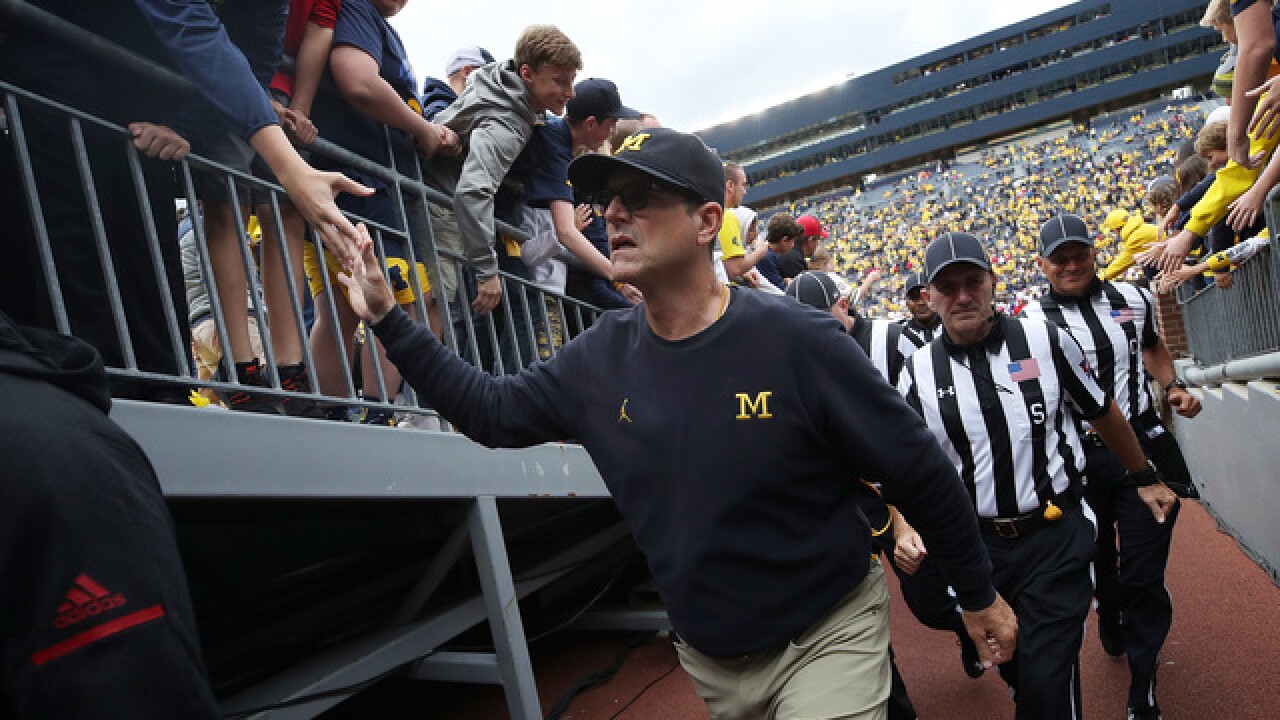 Image copyright 2018 Getty Images. All rights reserved. This material may not be published, broadcast, rewritten, or redistributed.
Gregory Shamus

Jim Harbaugh is like the rest of us. He enjoys watching Tiger Woods compete at the top of a golf leaderboard.

Woods, a Stanford alum, was an honorary captain for Harbaugh in 2009.

"We've crossed paths briefly a few times. I mean, like everybody else, you always love watching tournaments and competitions when Tiger's up there in the hunt," Harbaugh said to WXYZ in our weekly conversation.

On Sunday, when the gallery at the PGA Tour Championship followed Woods down the 18th fairway, it was a scene Harbaugh caught on TV.

WATCH THE FULL INTERVIEW BELOW OR BY ">CLICKING HERE

Harbaugh also explained why he likes the improvements of his football team, and why he believes Devin Bush Jr. is playing like the best linebacker in America.