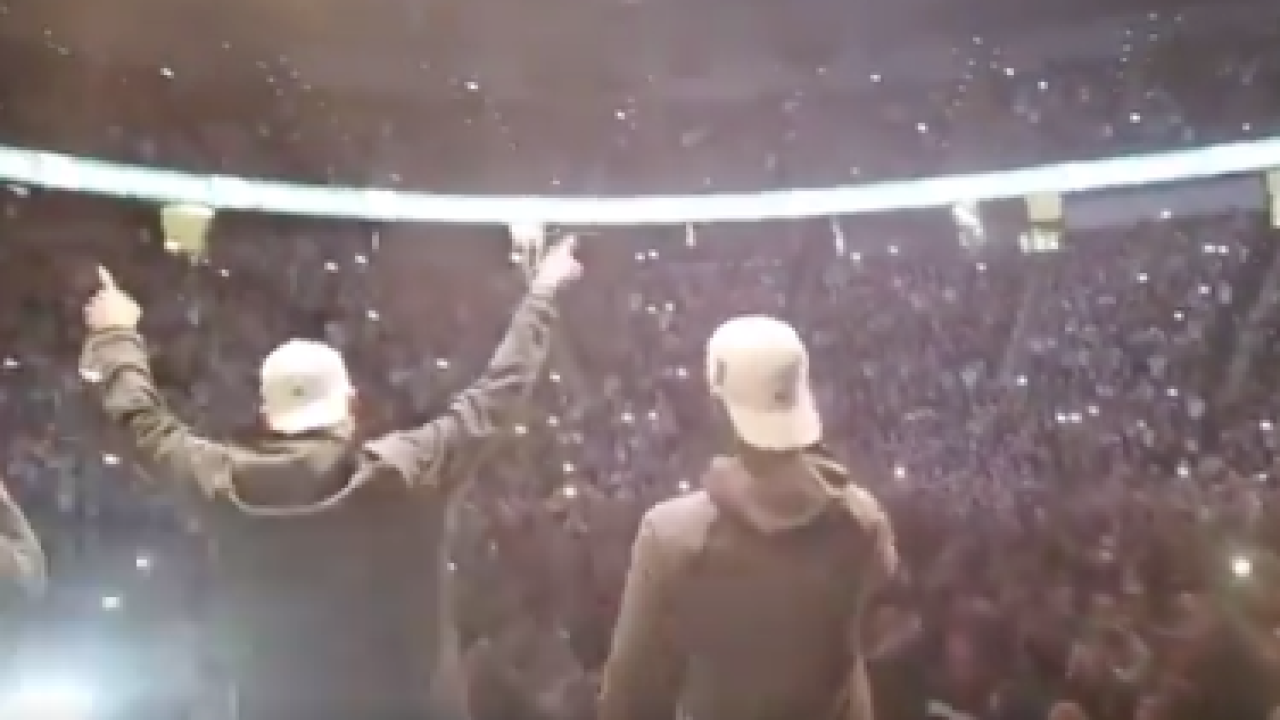 The Michigan State men's basketball team was given a warm welcoming home late Sunday night after beating Duke and advancing to the Final Four.

The team was welcomed by masses of Spartans when they got back to East Lansing. Players Joshua Langford, Matt McQuaid and Cassius Winston spoke to the crowd, who chanted "MVP" before Winston spoke.

Michigan State beat Duke 68-67 on Sunday to knock the overall top seed out of the NCAA Tournament.

MSU's veteran-laden team will have another chance Saturday in one regional semifinal against Texas Tech in Minneapolis. Virginia faces Auburn in the other.

Watch the team's welcome home below: