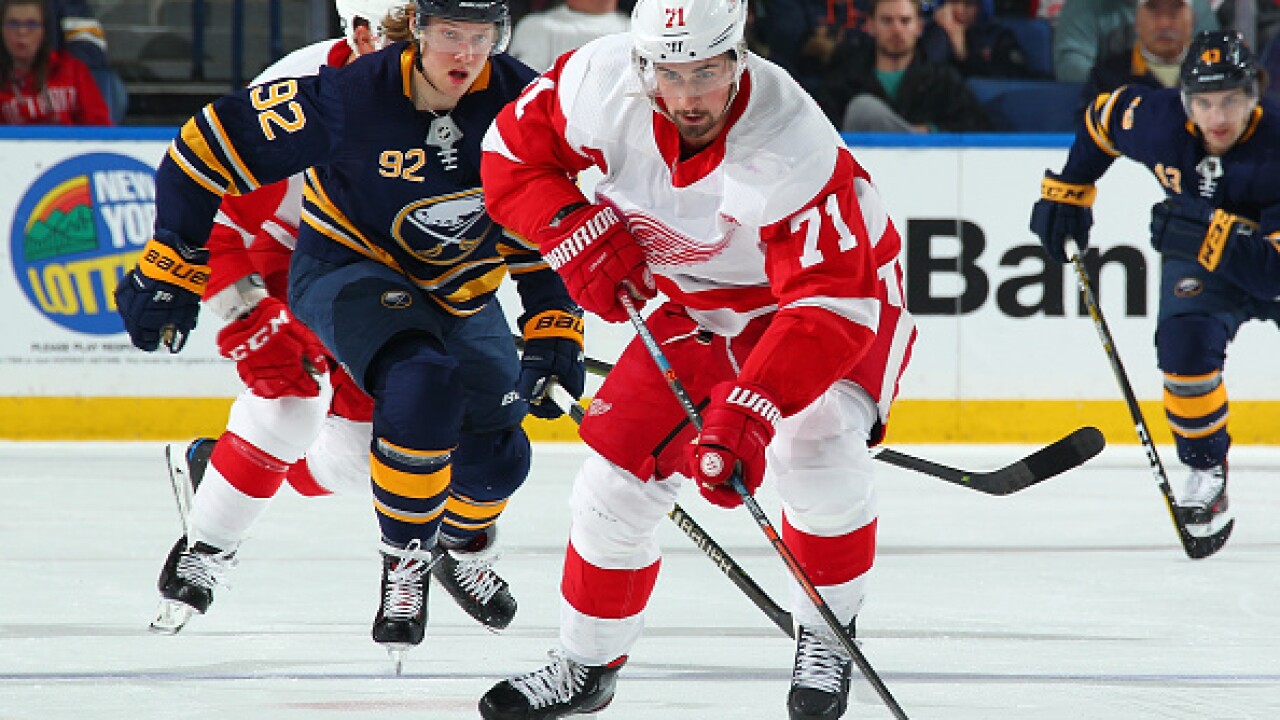 The Red Wings have a 30-goal scorer for the first time in 10 seasons.

Dylan Larkin scored twice on Thursday night, as Detroit beat Buffalo, 5-4 in overtime. He became the first Red Wings player to hit the mark since 2008-09, when four players reached 30 goals.

WATCH THE 30TH GOAL BELOW

Dylan Larkin hits the 30 goal mark with a beauty.

He’s the first Red Wings player to do it since 2008-09. pic.twitter.com/1NancPkuiZ