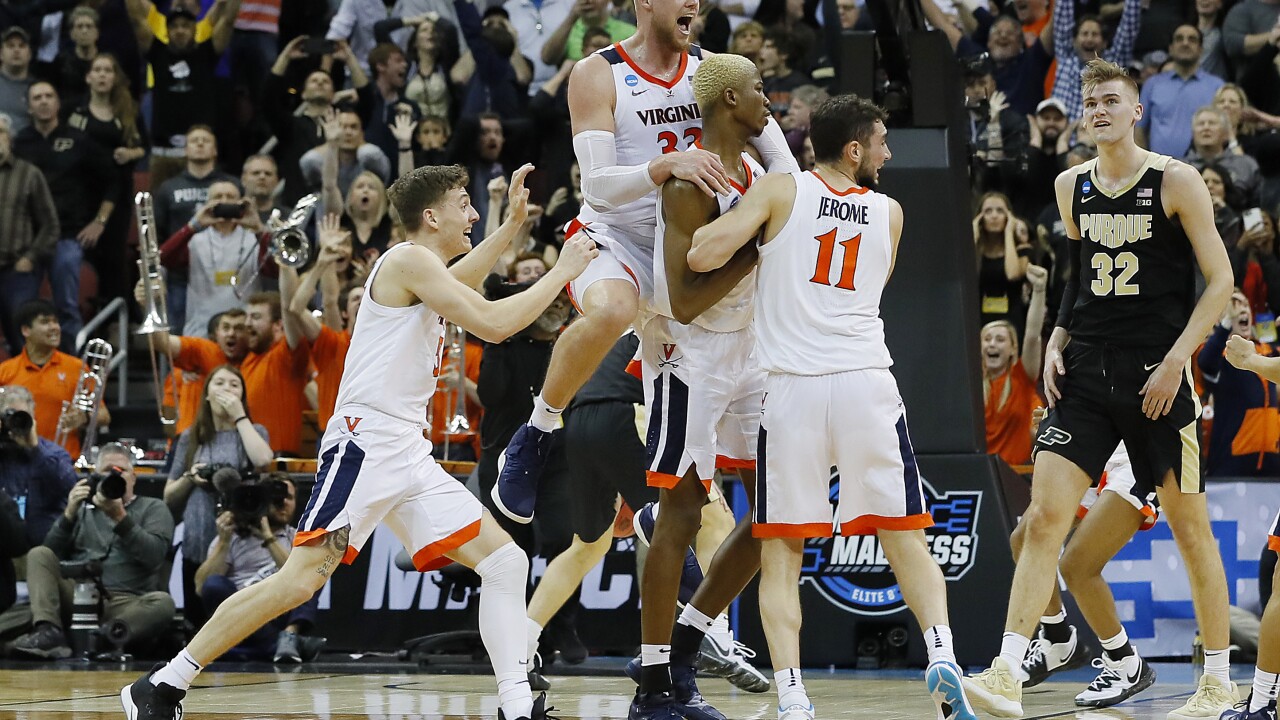 Virginia is heading to the Final Four for the first time since 1984.

Kyle Guy had 25 points and 10 rebounds as the top-seeded Cavaliers withstood a brilliant performance from Purdue's Carsen Edwards and beat the third-seeded Boilermakers 80-75 in overtime.

Virginia had forced overtime on a buzzer beater from Mamadi Diakite.

Edwards matched a career-high with 42 points and shot 10 of 19 from 3-point range. He was one shy of the NCAA Tournament record of 11 3-pointers in a game, set by Loyola Marymount's Jeff Fryer against Michigan in 1990.

De'Andre Hunter drove to the basket and hit a layup with 28 seconds left to put Virginia ahead for good at 76-75.

Ty Jerome had 24 points and seven assists for Virginia.

Purdue was seeking its first Final Four appearance since 1980.

ANAHEIM, Calif. (AP) -- Texas Tech is going to the Final Four for the first time in school history.

Jarrett Culver scored 19 points and the third-seeded Red Raiders produced a suffocating defense in the second half to beat No. 1 seed Gonzaga 75-69 in the West Region final.

Neither team led by more than seven points in a game that featured 11 ties and 15 lead changes.

The Red Raiders led 71-69 with 11 seconds left when Gonzaga's Josh Perkins committed a technical foul by making contact with the ball as Texas Tech's Matt Mooney was out of bounds preparing to throw an inbounds pass. Texas Tech went 4 of 4 on free-throw attempts the rest of the way to seal the victory.

Texas Tech's defense won that matchup, as Gonzaga shot just 36.4 percent overall and 3 of 15 from 3-point range in the second half.

Texas Tech is the first team from the Lone Star State to make a Final Four since Texas got there in 2003.