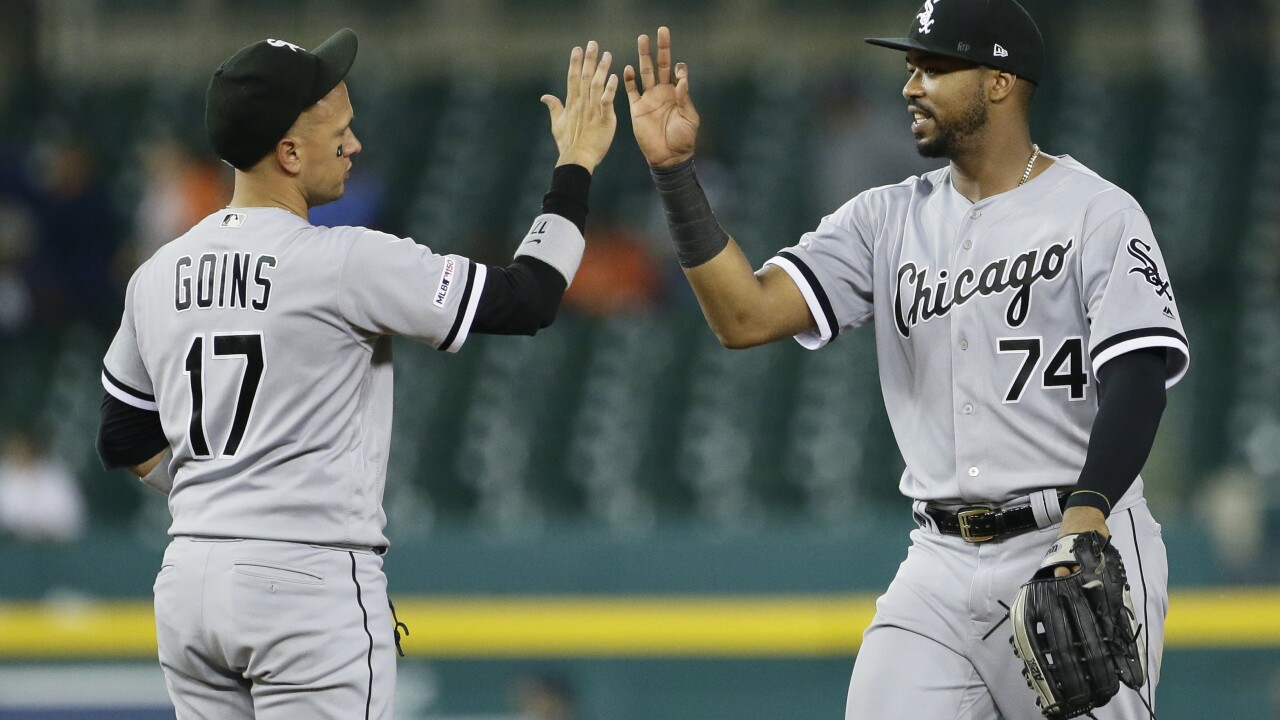 DETROIT (AP) -- Ivan Nova has had an unusual week, pitching as an opener on Wednesday and then making a more conventional start three days later.

"I got a little tired at the end, but I felt really strong the whole game," Nova said after pitching five innings Saturday night for the Chicago White Sox.

Tired or not, Nova pitched better in his last couple outings. He allowed two runs Saturday in Chicago's 5-3 victory over the Detroit Tigers. Tim Anderson homered in a three-run fifth inning for the White Sox.

Nova (11-12) allowed eight hits and no walks and three relievers finished for Chicago. Alex Colome gave up a run in the ninth but held on for his 29th save in 31 chances.

It was a step in the right direction for Nova. Even after his scoreless inning as an opener Wednesday, he was 1-3 with a 7.13 ERA over his last six starts.

Anderson went 1 for 4, lowering his American League-leading average to .335, but the one hit was a no-doubter of a home run to left field.

"That was a good ballgame," Tigers manager Ron Gardenhire said. "It was exciting and competitive. I thought our guys were really into it."

Anderson opened the scoring with his 18th home run, a solo shot off Tyler Alexander (1-4). The inning only got worse for the Detroit left-hander: After singles by Jose Abreu and Eloy Jimenez, Yoan Moncada hit a two-run triple.

Detroit answered with two runs in the fifth. Victor Reyes hit an RBI groundout, and Brandon Dixon followed with a sacrifice fly.

Abreu hit a two-run single in the eighth to push the Chicago lead back to three. Abreu leads the AL with 121 RBIs, and with Anderson, Jimenez and Moncada also in the fold, the White Sox could have a bright future offensively.

"I think that for us the whole year has been hopefully a drive toward who we're going to be," White Sox manager Rick Renteria said. "I think that we've been driving and pushing and trying to do things a certain way, to put us in a position where I believe we kind of start establishing an identity of who we are."

The Tigers scored a run in the ninth on an RBI single by Ronny Rodriguez. Detroit had men on first and second with nobody out, but Willi Castro hit a sharp grounder to second baseman Yolmer Sanchez for a 4-6-3 double play.

Detroit's second run came on a sacrifice fly to the first baseman. Abreu caught Dixon's popup in foul ground, then tumbled into the stands. Castro tagged up and scored from third.

"I have to thank the fans, because they caught me," Abreu said through a translator. "The play developed very fast. I didn't realize how close I was to the net."

Tigers: Miguel Cabrera, who has been dealing with a troublesome right knee, did not play.

Tigers: Detroit sends Matthew Boyd (8-11) to the mound as it tries to avoid a three-game sweep.