Tigers-White Sox rained out, will play 161 games this year 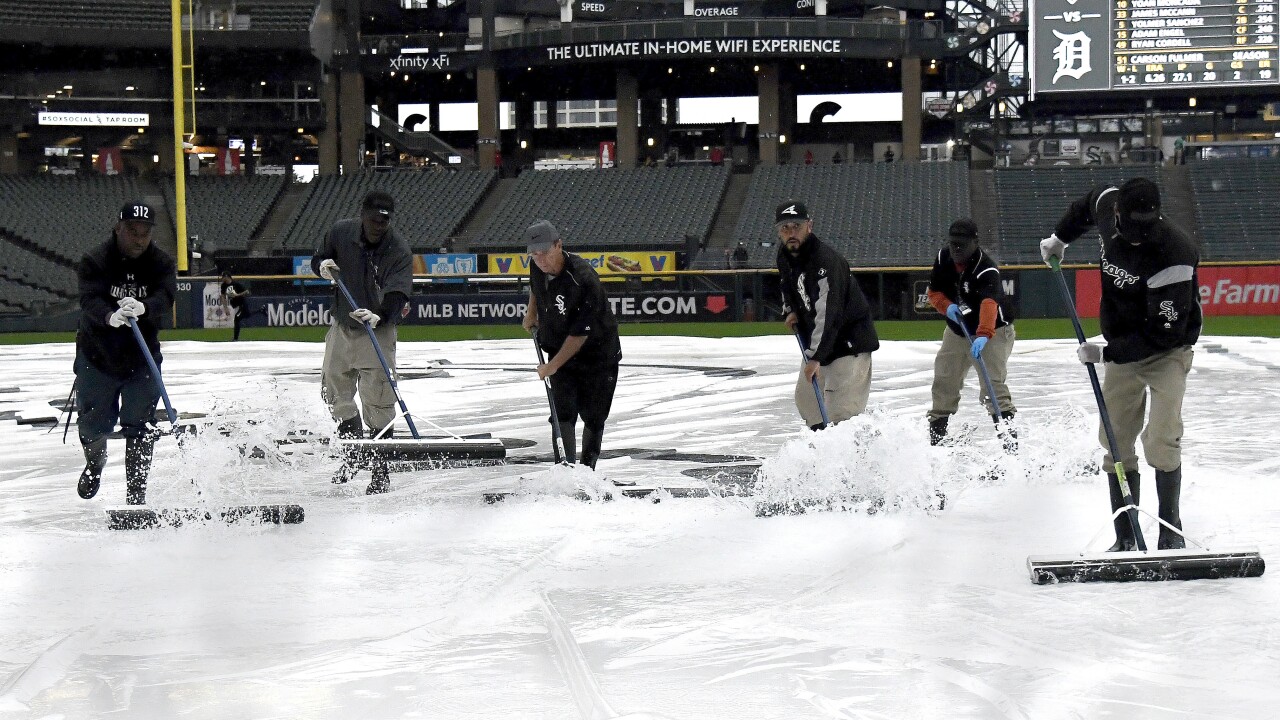 CHICAGO (AP) -- The doubleheader between the Detroit Tigers and Chicago White Sox scheduled for Friday night was rained out, and as a result the teams will play only 161 games this season.

The twinbill started almost an hour late because of thunderstorms, and Detroit led 4-2 in the bottom of the fourth inning in the first game when the downpour returned. Play was stopped and the game was called after a wait of 1 hour, 15 minutes.

Tim Anderson, who entered leading the majors with a .338 average, was 0 for 2 for the White Sox when it was stopped. Those at-bats were wiped out, as was Grayson Greiner's homer for Detroit and an RBI for Miguel Cabrera.

The teams will play a straight doubleheader on Saturday starting at 2:10 p.m. Detroit and Chicago meet in their season finale Sunday -- with both teams far out of playoff contention, there will be no makeup added, leaving the clubs one short of the regular 162 games.

Friday's doubleheader was scheduled after a July 2 game in Chicago was postponed by rain.

Both managers tweaked their rotations due to dicey weather, going with Matt Hall and Carson Fulmer as openers in the first game in place of scheduled starters Tyler Alexander and Ivan Nova.

White Sox GM Rick Hahn told reporters before the game he'd like to add a right fielder, designated hitter and starting pitcher in the offseason. Chicago's mix of players who have played right has combined for only a .220 average, six homers and 39 RBIs. White Sox DHs were batting just .203 with 15 homers and 17 RBIs.

Hahn also said prospects Luis Robert and Nick Madrigal should be ready to step into roles in center field and at second base at some point in 2020.

White Sox: RHP Dylan Cease underwent an MRI on his left hamstring on Friday. The rookie was scratched as the starter at the last minute before Thursday night's gave versus Cleveland. . Rookie OF Eloy Jimenez was the DH on Friday after missing two games with White Sox with an ear-throat infection, was out of the lineup for a second straight game. . OF Leury Garcia (sore right shoulder) also returned to the lineup in right after sitting out Thursday